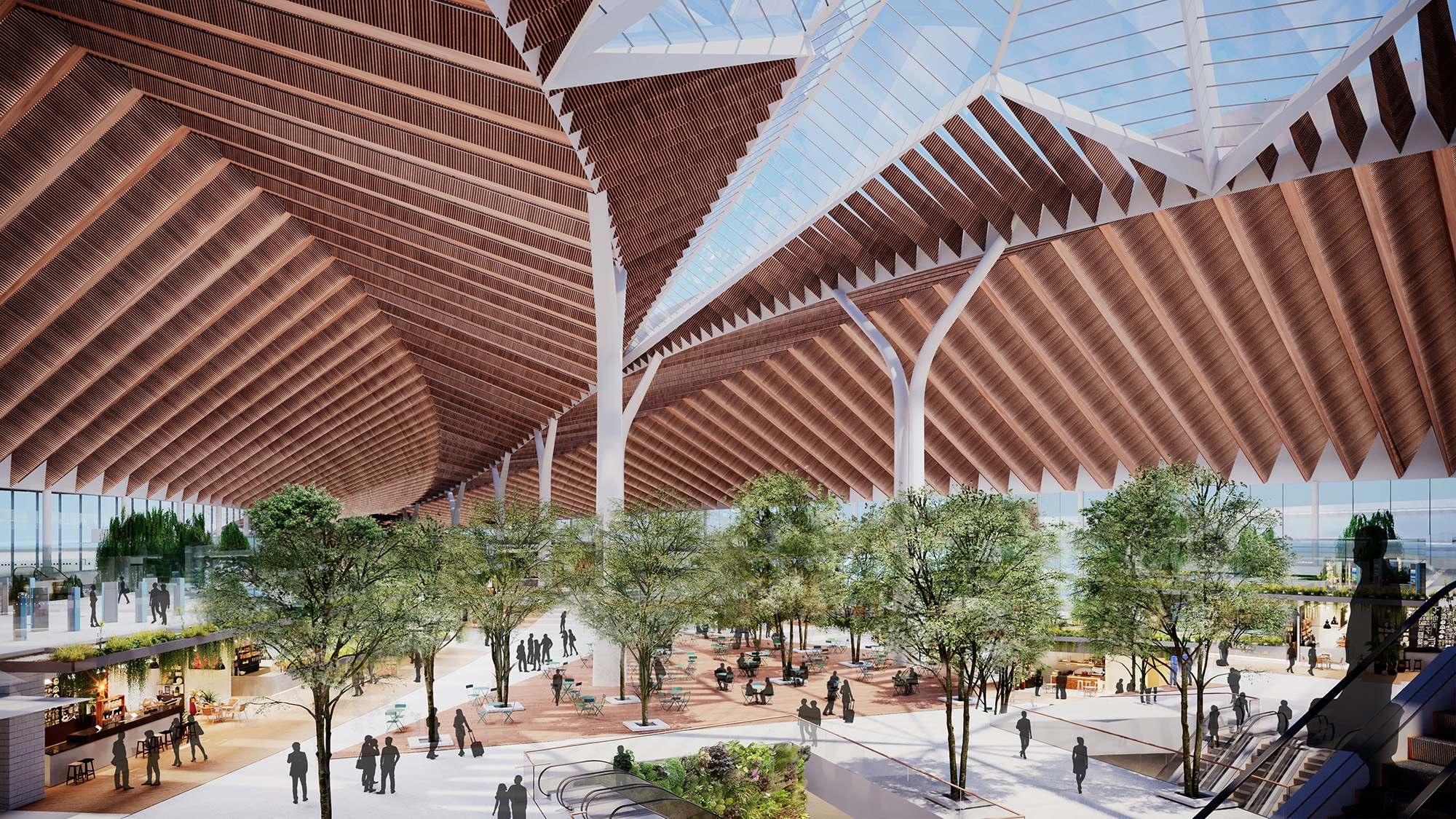 (CNN) -- The city of Chicago has long had one of the world’s busiest airport systems.

Before the Jet Age and until the late 1950s, Chicago Midway Airport, in the southwest of the city, was the world’s busiest airport by passenger traffic.

Its runways, however, were too short for early jet aircraft, and in the span of just a couple of years all flights migrated to O’Hare, in the northwest, which had longer runways and newly built terminals.

The move made O’Hare take over as the world’s busiest airport in 1962, a title it held for over 25 years. The high volume of passengers, however, came at a cost: the airport became notoriously congested.

Penalized by the city’s unpredictable weather, the runway configuration that attracted jet aircraft didn’t stand the test of time.

By the time O’Hare definitively lost the crown of world’s busiest airport – to Atlanta’s Hartsfield-Jackson in 1998 – it was famously overcrowded and losing ground on most performance rankings, often ranking low for customer satisfaction.

The only way forward was a radical modernization of the runway system, which began in 2005 and cost $6 billion. Work was completed in 2021, drastically reducing delays and paving the way for a complete makeover of the rest of the airport – with an additional $8.5 billion investment – that will transform it “from curb to gate,” the city says (and maybe climb back up those rankings).

Today, O’Hare has eight runways – six parallel to each other and two that run diagonally. Previously, it had three pairs of parallel runways intersecting each other, a configuration that increased the risk of aircraft collision and was susceptible to disruption from weather conditions.

“We now have the most capable runway network of any civilian airport in the world,” says Robert Hoxie, chief development officer at the Chicago Department of Aviation. “We’ve reduced delays by 65% – that’s tens of thousands of flights that are now operating on time but didn’t use to.”

It was a long process, but by 2015 things had improved enough for the attention to move to the terminal buildings. American Airlines and United, which both have hubs at O’Hare, approached the city to discuss major improvements.

“The original passenger terminals were built in the mid-1950s,” Hoxie says, “They’re now more than 60 years old and they just don’t have the amenities that passengers want, nor the efficiencies that airlines need to operate a good connecting hub.”

In 2019, the idea coalesced into O’Hare 21, a radical plan to revamp the airport and make it ready for the 21st century.

The big-ticket items are an entire new “global” terminal, two new satellite concourses for Terminal 1, and a complete makeover of the existing Terminal 5 – but the plan includes almost 100 separate projects, many of which are smaller but functional improvements, such as upgrades to parking garages, new water mains and electrical distribution systems, and refurbished underground pedestrian tunnels.

The lion’s share of the investments will go into modernizing the terminals, which will transform the passenger experience at O’Hare.

It’s a long-term plan – works won’t be completed until 2028 at the earliest – but just like the runway modernization, it will be delivered progressively, upgrading the airport piece by piece. Some areas of the new Terminal 5, which is being refurbished now, have already opened to the public.

“We’re spending more than a billion dollars to revamp Terminal 5, expanding its capacity but also modernizing its systems,” says Hoxie. The terminal will no longer be focused on international flights but on carriers that are simply moving passengers to and from Chicago, including low-cost carriers like Spirit. Delta will also move here later in the fall.

Work started in March 2020, when the world was going into lockdown for the coronavirus outbreak: “The pandemic has been universally unhelpful to our business, but having a less crowded terminal has enabled us to work more efficiently and more quickly than we thought we’d be able to,” says Hoxie.

An even bigger investment, $2.2 billion, will go into a completely new terminal dedicated to international traffic, which will rise on the soon-to-be-demolished Terminal 2 – the oldest facility still in use today.

At the moment, O’Hare has a single international terminal that is separate from the domestic one, so passengers on connecting flights have to switch terminals.

“In the new Terminal 2, called O’Hare Global Terminal, passengers will be able to clear U.S. Customs, return to the secure area and be only minutes away from their departing gate – without needing to ride a train to a different terminal or tow bags across the airfield,” says Hoxie.

The design of the new building is the result of a competition won by Chicago’s Studio ORD, and is inspired by a city icon, the Municipal Device. It’s an encircled Y symbol that represents the north and south branches of the Chicago River coming together, and can be found throughout the city on buildings, fences, lamp posts and bridges.

Similarly, the new terminal building will be Y-shaped, with a six-pointed glass skylight positioned at the meeting of the branches. The roof will be clad in wood, with pleats oriented to maximize natural daylight.

At 2.2 million square feet, the Global Terminal will be 75% bigger than the existing Terminal 2, and one of the largest in the U.S. That will make room for a number of amenities, including nursing rooms, yoga studios, and a variety of food and beverage options.

It also aims to be more efficient for airlines, thanks to a new baggage handling system that boasts automated storage for 5,000 bags, and more flexible gates – capable of handling widebody aircraft and then quickly reconfiguring for smaller ones.

Previously, the lack of such flexibility has meant that, over the years, O’Hare’s original 189 gates were reduced to 184, as the average wingspan of aircraft increased as a way to save fuel.

Work on the new Global Terminal, as well as the new two satellite concourses, won’t start for several years, however: a host of regulatory and environmental assessments must be cleared first, and then replacement aircraft gates must be built before the ones currently in use at Terminal 2 can be decommissioned and demolished.

In the meantime, work will continue on the refurbishment of Terminal 5, which will be completed in late 2023.

All the while, it will never close down, with passengers and construction co-habitating: “I think the best analogy is if you’ve ever done a remodeling project on your home – you know that at one point, if you’re remodeling your kitchen, you are going to find yourself washing your dinner plate in your bathroom sink,” says Hoxie. “It’s difficult construction. It’s very challenging.” 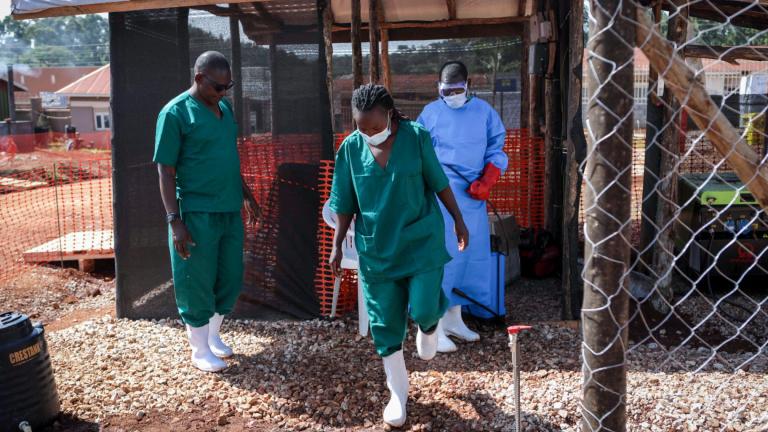 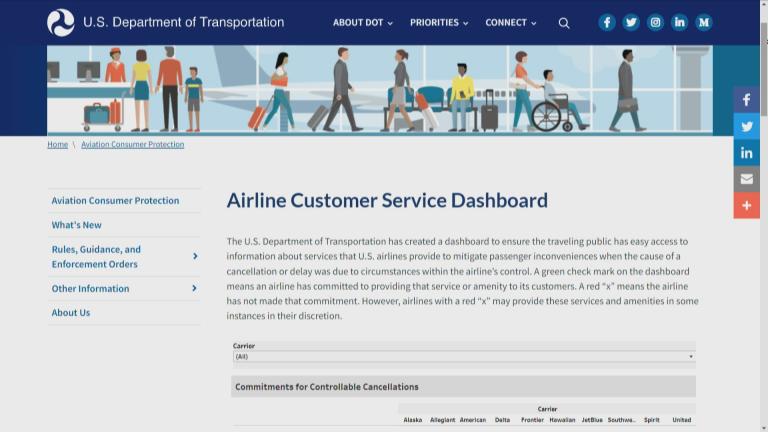