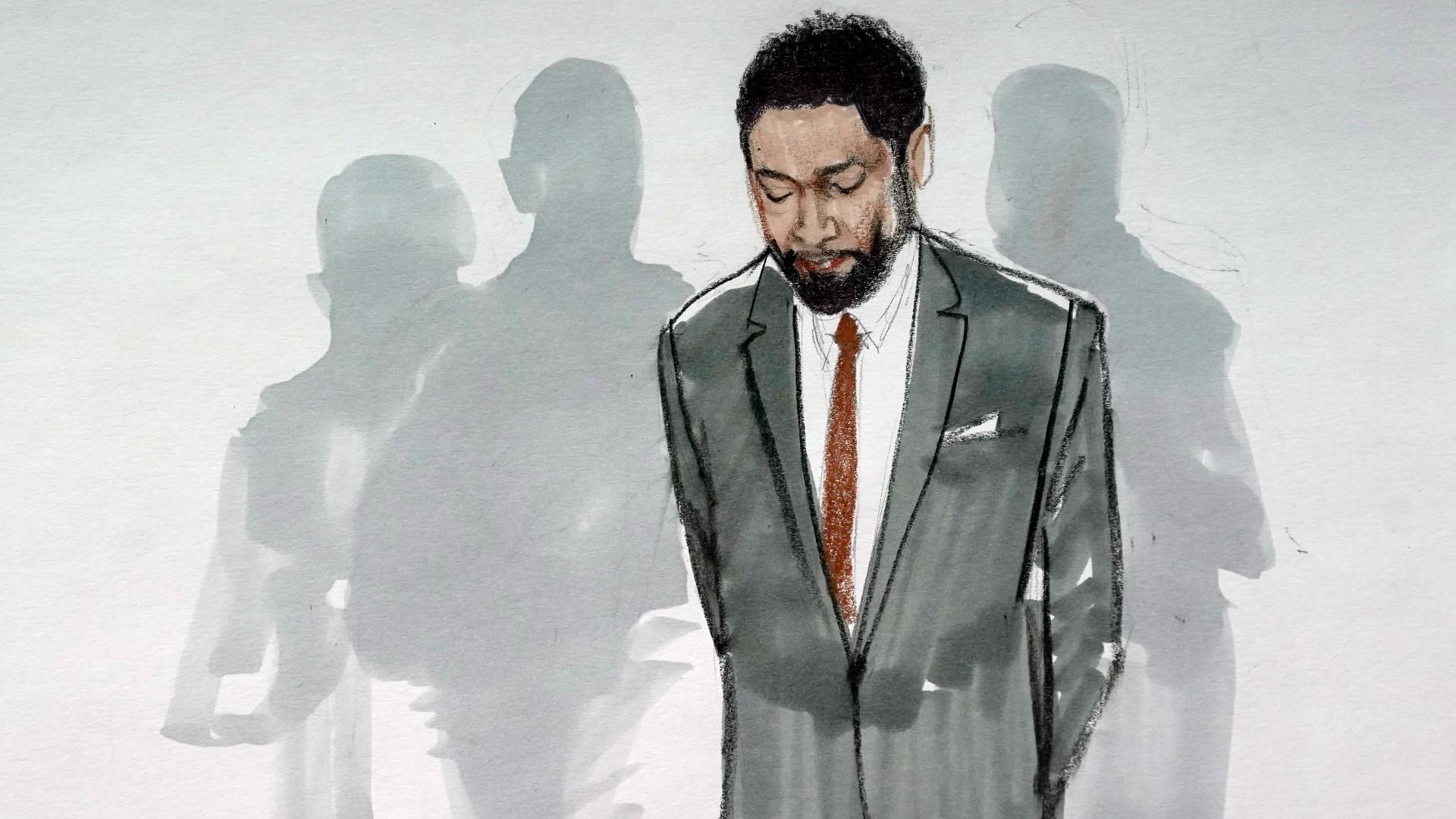 In this courtroom sketch, actor Jussie Smollett stands with his legal team in a Leighton Criminal Courthouse courtroom, Thursday, Dec. 9, 2021, in Chicago, after a jury found him guilty on five of six charges he staged a racist, anti-gay attack on himself and lied to police about it. (AP Photo / Cheryl Cook)

CHICAGO (AP) — The only Black juror on the panel that convicted Jussie Smollett of lying to Chicago police said he couldn't get past what the actor did not do after he claimed attackers looped a noose around his neck: Rip it off and keep it off.

If others saw the noose as Smollett's clumsy effort to portray his attackers as racist, Andre Hope saw much more.

“As an African American person, I'm not putting that noose back on at all, " Andre Hope told WLS-TV. At trial, Smollett testified that after the attack in downtown Chicago in January 2019, he returned home and put the rope back around his neck so police who came to his apartment soon after could see it.

Hope was not the only Black person who struggled with Smollett's use of such a potent symbol of racism in the U.S. to convince authorities he was the victim of a hate crime.

In an interview with NewsNation Now after Smollett was found guilty last Thursday, Eddie Johnson — who was Chicago police superintendent in January 2019 when Smollett said he was attacked — said virtually the same thing.

“I was concerned because I don’t think there’s many Black people in America with a noose around their neck and wouldn’t immediately take it off,” Johnson said.

Hope said the evidence against Smollett was overwhelming. At trial, two brothers testified that Smollett recruited them to carry out the fake attack. Hope said the counter narrative put forth by Smollett's attorneys that the pair had actually planned the attack on Smollett did not make sense.

"When you just use your common sense as what’s there, yeah it just, it didn’t add up,” said Hope a 63-year-old father of two who lives in suburban Bellwood, west of Chicago.

Hope listened to prosecutors argue Smollett staged the hoax because he was angry that the studio where he filmed the television program “Empire” did not take hate mail he received seriously. But after all the evidence was presented, after all the witnesses testified, Hope still has one big question.

“I still have not figured out a motive for why he did, why this had to even happen,” Hope said. “He was a star.”

Smollett faces up to three years in prison when he returns to court next year for sentencing. But experts have said it is far more likely that he will be placed on probation and ordered to perform community service.

That would be fine with Hope, who thinks Smollett does not deserve to go to prison. And, he said, he hopes the actor — who testified that he has lost his livelihood — would be given a chance to resume his career.