How the Wards Get Their Shapes and Why You Should Care: A Voices Crossover Conversation

How the Wards Get Their Shapes and Why You Should Care: A Voices Crossover Conversation

A 5% uptick in the Latino population, a whopping 30% increase in the Asian population, and a 10% decrease in the Black population have translated into factions fighting for wards mapped to maintain racial majorities and all but ensure proportionate racial representation.

Ald. Susan Sadlowski Garza (10th Ward) said “Chicago is now 30% Latino. It is the largest racial ethnic population in this city, and the map should have 15 Latino wards to reflect that.”

From Washington D.C. this week, Mayor Lori Lightfoot characterized the ward remapping process as an “insider game” that Chicago residents are largely unconcerned with.

But University of Chicago sociology professor Robert Vargas has researched the effects of gerrymandering in Chicago and other cities. His research, which uses aerial maps to visually demonstrate the splitting up of neighborhoods across wards, found that when blocks are removed from a powerful official’s ward, residents can encounter a variety of issues.

“Sometimes their 311 requests increase, crime goes up, and this in part is related to each of these aldermen’s power in the city council. When you have a powerful elected official … when your boundaries shift, the blocks that are removed from that ward, you see a decline in city services,” Vargas said.

“Take a problem like violence. You have some City Council members who believe that additional police is the proper response. You have others in the same community that think it’s additional services,” Vargas said. “So in addition to having to coordinate the logistics, you have to reconcile drastically different viewpoints in how to address a problem, which results often times in not much happening or not enough happening.”

While much of the focus is on wards with shifting boundaries, Vargas says it’s also important to look at the Chicago wards that have never had to deal with a remap.

“Our research uncovered over a dozen areas of the city that have never changed ward boundaries since they were incorporated into the city in the late 1800s, some since 1923, and it’s no coincidence these are communities that are predominantly white, affluent, or deeply and historically connected to the city’s political machine,” said Vargas.

Asiaha Butler began her organization, Resident Association of Greater Englewood, in part because she and others were frustrated by the patchwork of wards that cut across their community.

“We wanted to be addressed and approached as one neighborhood, which is the greater Englewood community. Our members sometimes they’re on the same block … but two different aldermen, so we’ve had members who called and say, ‘I called 911 but over here they’re getting attention and we’re not.’ In terms of investments, development, having one strategic plan for our community, it’s always been a challenge.”

Butler’s community is one that is seeing its racial makeup change, and she says this is part of the discussions her organization continues to have.

“We do see an influx of the Latinx community coming into Englewood, so folks are feeling more territorial than usual,” Butler said.

Chicago attorney and member of the Illinois Latino Agenda Juan Morado Jr. says that proportionate representation is a crucial part of ensuring that the interests of Chicago’s burgeoning Latino communities are heard and addressed.

“I think you have to look at what the numbers clearly state and that’s that the Latino population has grown in our city, we’re now 30% of the city’s entire population. What we’re not seeing is an equal amount of representation both on the city council and within the city in a number of different areas,” Morado said. “So the interest for Latinos is to make sure we have folks who are advocating for the community’s interests, which are unique. Sometimes you’re dealing with issues like language access, you’re dealing with things the Chicago Public School system now which is majority Latino students, and so those kind of unique factors call for representation that is culturally competent.”

Chaundra van Dyk, project manager of the Chicago Advisory Redistricting Commission launched by Change Illinois, says that while the ward boundaries might seem like an arbitrary designation, every Chicagoan should care about how they’re drawn.

“It’s really important for people to understand that these boundaries really determine more than they think, like having access to basic city resources, investment in community projects, crime rates and how we’re addressing crime in communities, to healthcare and access to quality education. So I think we all agree that these are all essential resources that residents need and ultimately those decisions about the access and the quality of them are determined based on who’s representing you.”

Latino Voices Conversation: Future of Abortion Rights in Illinois and Across the Country 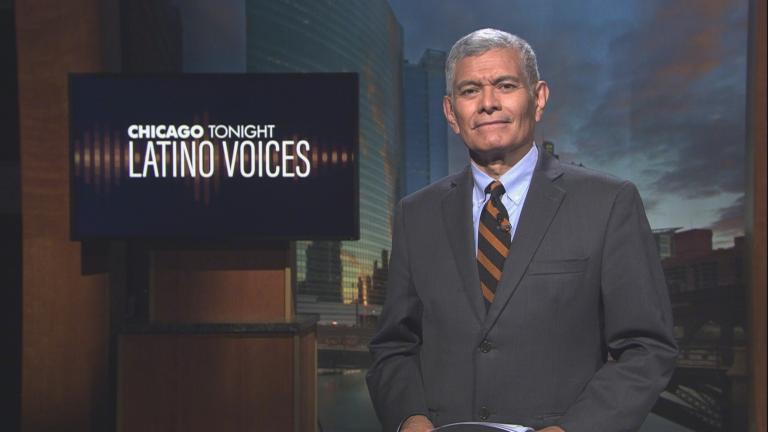