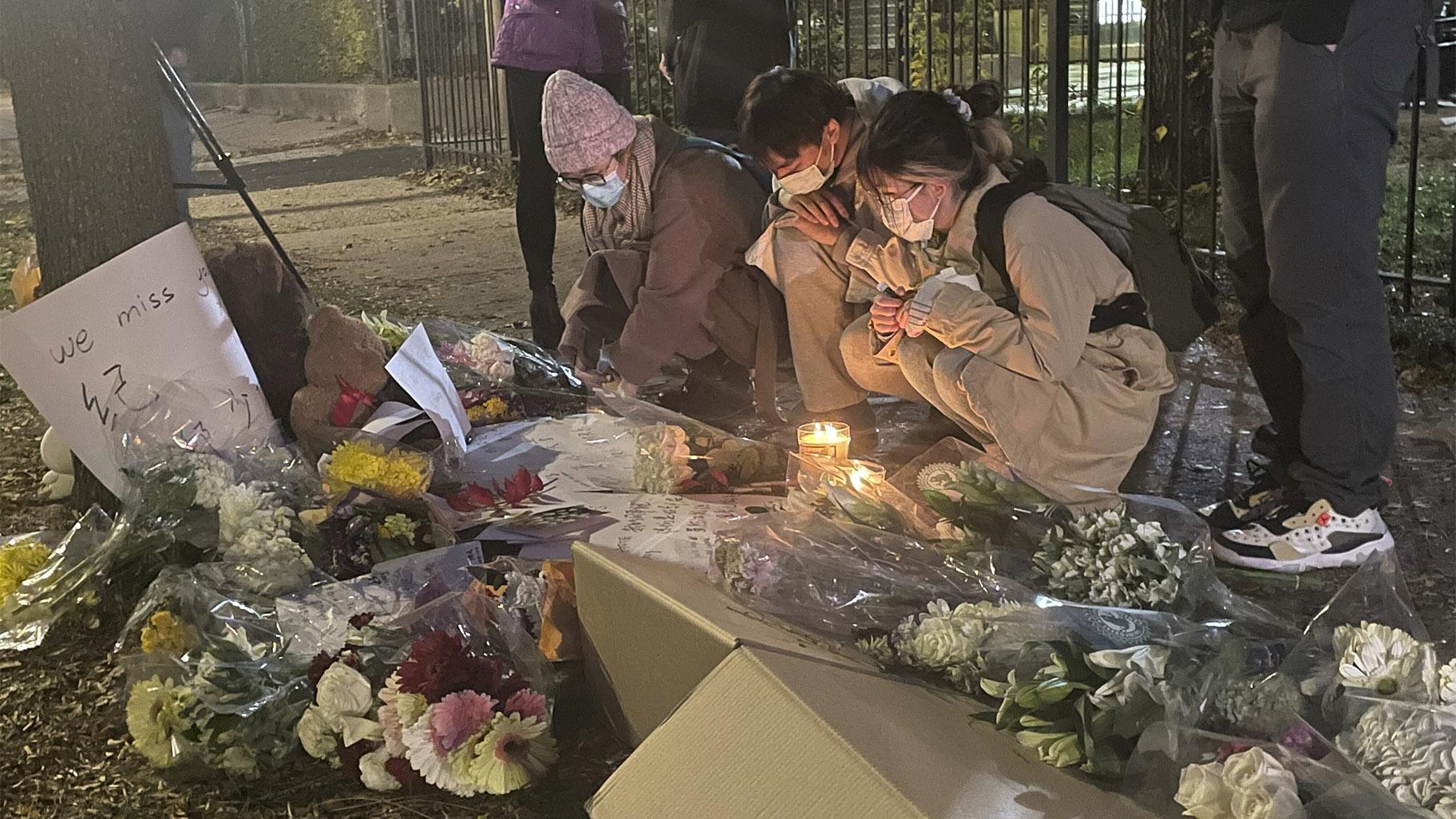 Students and friends of Shaoxiong "Dennis" Zheng stop by a memorial on Wednesday, Nov. 10, 2021 in Chicago. (Madeline Kenney / Chicago Sun-Times via AP)

An 18-year-old man was charged with murder in the shooting death of a Chinese student near the University of Chicago’s campus after he was found carrying the gun used in the slaying, police announced Friday.

Chicago Police Superintendent David Brown said at a news conference that Alton Spann of Chicago was arrested and charged with first-degree murder, armed robbery and two counts of unlawful use of a weapon.

It wasn’t immediately known Friday if Spann has an attorney.

Deputy Chief of Detectives Rahman Muhammad said that Shaoxiong “Dennis” Zheng, 24, was standing on a sidewalk in a residential area Tuesday afternoon in the Hyde Park neighborhood on the city’s South Side when Spann approached Zheng and robbed him at gunpoint of some of his belongings, including electronics, before shooting him in the torso and running off.

Muhammad said surveillance cameras in the area recorded Spann running toward a Black Ford Mustang that then sped away.

Using video from the city’s surveillance camera system, private residences and the school’s cameras, the police were able to track the vehicle, which they later determined had been stolen from the nearby suburb of Markham on Nov. 3.

On the day after the shooting, Spann was spotted on the city’s North Side, carrying two guns and a key FOB from the Ford Mustang that was on the video, according to Muhammad. “The firearms was tested by the CPD lab and (one of them) was confirmed to be the gun used to kill Mr. Zheng,” he said.

Police also recovered a video of Spann selling some of Zheng’s belongings at a cellphone store, Muhammed said.

After the shooting, the University of Chicago’s president urged city officials and police to treat Chicago’s rising violence as a “public health crisis.”

In a statement, university President Paul Alivisatos, said, “The violence afflicting Chicago is on the same scale as a public health crisis and demands a commensurate response,” and that the university has been in contact with the mayor’s office, Chicago police, local aldermen and others.

There have been five slayings in Hyde Park so far this year, compared with none at the same time in 2020, as violence across Chicago has risen for two straight years, the Chicago Sun-Times reported.