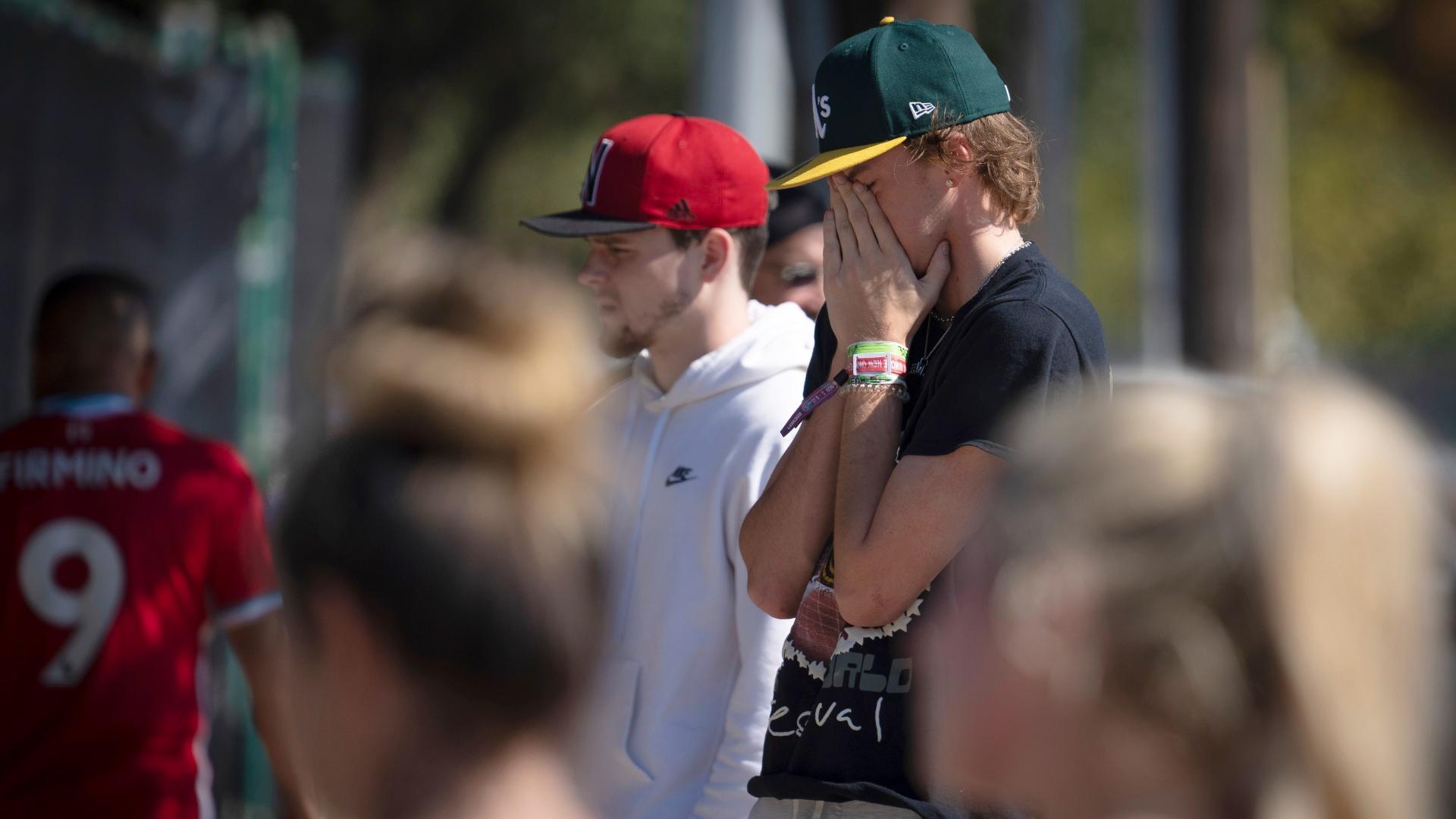 A man cries at a memorial for the victims of the Astroworld music festival in Houston on Sunday, Nov. 7, 2021. (AP Photo / Robert Bumsted)

HOUSTON (AP) — Houston’s police chief said Monday that he expressed concerns about safety to Travis Scott before the rapper performed at a sold-out music festival where eight people died and hundreds more were injured in a crush of fans as Scott took to the stage.

Houston Police Chief Troy Finner did not elaborate on his specific safety concerns voiced Friday at the Astroworld festival, an event founded by Scott that was attended by some 50,000 people. His department has launched a criminal investigation into what went wrong.

“I asked Travis Scott and his team to work with HPD for all events over the weekend and to be mindful of his team’s social media messaging on any scheduled events,” Finner said in a statement tweeted by the department. “The meeting was brief and respectful, and a chance for me to share my public safety concerns as Chief of Police.”

Representatives of Scott, who has said he was “absolutely devastated by what took place,” did not respond to an email from The Associated Press on Monday.

Houston police and fire department investigators have said they would review video taken by concert promoter Live Nation, as well as dozens of clips from people at the show that were widely shared on social media. Investigators also planned to speak with Live Nation representatives, Scott and concertgoers.

Investigators were also interviewing witnesses and planned to examine the design of safety barriers and the use of crowd control at the event.

Live Nation said in a statement Monday that it has provided authorities with all footage from surveillance cameras at the festival, and that it had paused removing equipment at the request of investigators who were walking the grounds. The promoter said full refunds would be offered to all attendees.

“It’s not the crowd’s fault at all, because there was no way you could even move, it was just like a mass loss of control,” said 19-year-old festivalgoer Ben Castro. He returned to the venue Monday to leave flowers at a makeshift memorial that included notes, T-shirts and candles. He said he didn’t know anyone had died until the next day.

The dead were between the ages of 14 and 27 and were from Texas, Illinois and Washington, according to Harris County authorities. They included high schoolers, an aspiring Border Patrol agent and a computer science student.

Medical examiners have still not released the causes of death, which could take several weeks, said Michele Arnold, a spokeswoman for the Harris County Institute of Forensic Sciences.

Over 300 people were treated at a field hospital on site and at least 13 people remained hospitalized on Sunday.

More than a dozen lawsuits had been filed as of Monday, and Live Nation announced it was delaying ticket sales for a Billy Joel concert at a different venue in Houston. The promoter said it was assisting authorities so “the fans who attended and their families can get the answers they want and deserve.”

Contemporary Services Corp., headquartered in Los Angeles, was responsible for security staff at the festival, according to county records in Texas. The company describes itself online as being “recognized worldwide as the pioneer, expert and only employee owned company in the crowd management field.” Company representatives have not responded to emails and phone messages seeking comment.

Astroworld’s organizers had laid out security and emergency medical response protocols in festival plans filed with Harris County. A 56-page operations plan, obtained by AP, describes “the potential for multiple alcohol/drug related incidents, possible evacuation needs, and the ever-present threat of a mass casualty situation are identified as key concerns.”

The plan instructs staff to “notify Event Control of a suspected deceased victim utilizing the code ‘Smurf’.” It goes on to say, “never use the term ‘dead’ or ‘deceased’ over the radio.” It’s not clear whether the protocol was followed.

None of the people listed in charge of managing Astroworld’s security and operations have responded to requests for comment.

Besides looking at safety barriers and whether they correctly directed crowds or contributed to the crush, Adelman said, authorities will consider whether something incited the crowd besides Scott taking the stage.

Adelman said another question is whether there were enough security personnel, noting a nationwide shortage of people willing to take low-wage, part-time security gigs.

“Security obviously was unable to stop people. Optically, that’s really bad-looking,” he said. “But as for what it tells us, it’s too early to say.”

On video posted to social media, Scott is seen stopping the concert at one point and asking for aid for someone in the audience: “Security, somebody help real quick.”

There is a long history of similar catastrophes at concerts, as well as sporting and religious events. In 1979, 11 people were killed as thousands of fans tried to get into Cincinnati’s Riverfront Coliseum to see a concert by The Who. Other crowd catastrophes include the deaths of 97 people at a soccer match in Hillsborough Stadium in 1989 in Sheffield, England, and numerous disasters connected with the annual hajj pilgrimage in Saudi Arabia. 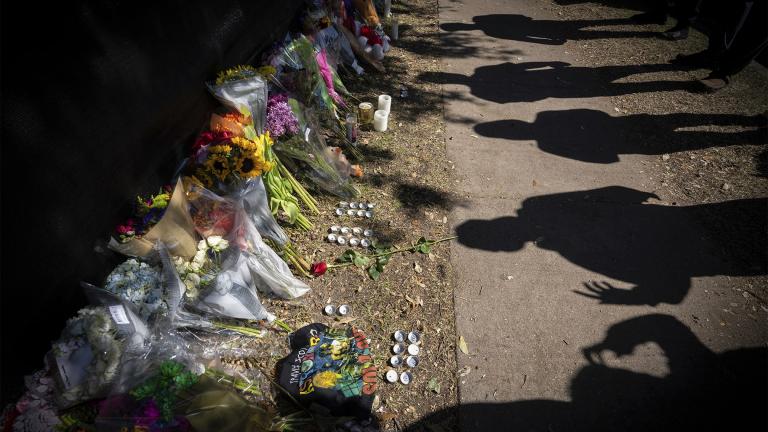 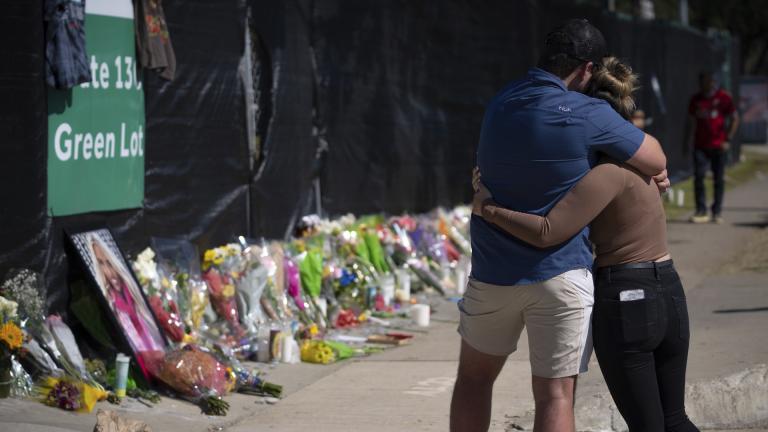