EXPLAINER: Expert: Overseas Conviction No Bar to US Charges 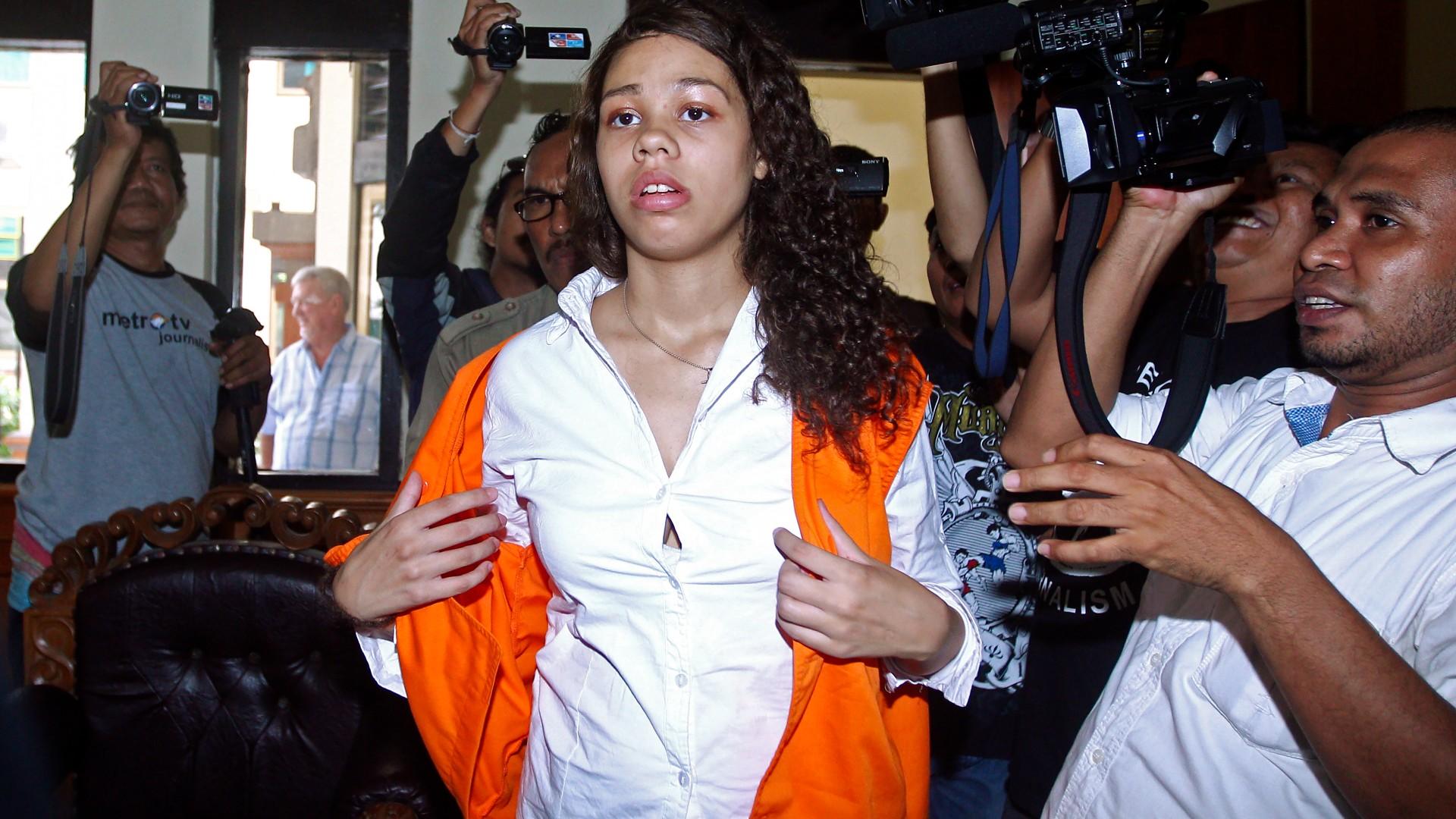 Heather Mack of Chicago, Ill., center, is mobbed by reporters as she arrives in the courtroom for her sentencing hearing at a district court in Denpasar, Bali, Indonesia, April 21, 2015. (AP Photo / Firdia Lisnawati, File)

The filing of U.S. charges against a Chicago woman convicted of killing her wealthy mother during a luxury vacation in Bali has raised questions about how someone who has spent time in an overseas prison can be hauled into an American court on similar charges.

Heather Mack, 26, was arrested Wednesday on her return to Chicago, after spending more than seven years in an Indonesian prison for murder.  She’s now charged in the U.S. with conspiring with a former boyfriend to kill her socialite mother, Sheila von Wiese-Mack, in 2014 on the island of Bali, where they stuffed her body in a suitcase and left it in a taxi outside a hotel.

The U.S. Constitution prohibits prosecuting someone twice for the same acts, commonly known as double jeopardy. But the allegations in Von Wiese-Mack’s death involve two countries with their own laws and their own claims to jurisdiction, an expert said.

“The United States government is a different sovereign than the government of Indonesia,” she explained.

The U.S. must believe “there is some substantial federal interest that was not vindicated by the prior case,” McQuade said. “I don’t know what all the reasons are. But this appears to be a very premeditated plot. This could be the kind of thing where they say: ‘Seven years? That is just not enough.’”

The 2017 grand jury indictment publicly revealed this week in Chicago was sealed while Mack and Tommy Schaefer were imprisoned overseas. The U.S. Justice Department has always had discretion to dismiss the case or stick with it.

“If the new administration had wanted to put the brakes on it, they certainly could have done that,” McQuade said Thursday.

Mack and Schaefer plotted to kill Von Wiese-Mack before they traveled to Indonesia in August 2014, according to the indictment.

In 2017, a cousin of Schaefer was sentenced to nine years in federal prison for advising the couple on how to kill Mack’s mother. Their motive apparently was to inherit money from Von Wiese-Mack, who was the widow of jazz and classical composer James L. Mack.

Mack’s attorney, Brian Claypool, said U.S. authorities simply want to “pound her into the cement some more” with the new case. Schaefer is also charged in the U.S. though he’s still in prison in Indonesia.

“They already had their one bite at the apple. ... We’re going to fight this to the end,” Claypool said.

McQuade predicted that a double jeopardy claim will be a losing argument. She noted the 1993 trial of two Los Angeles police officers who were convicted of federal civil rights violations in the beating of Black motorist Rodney King. It came a year after the officers were cleared of state crimes arising from the same attack.

In Mack’s case, McQuade said it’s possible that a judge might give her some credit for time spent in prison overseas if she’s convicted in Chicago.

“Maybe a judge is very sympathetic and says, ‘She’s guilty but I’m not giving her any more time, seven years is enough.’ ... Seven years strikes me as quite lenient for a carefully plotted murder of a U.S. citizen,” McQuade said.