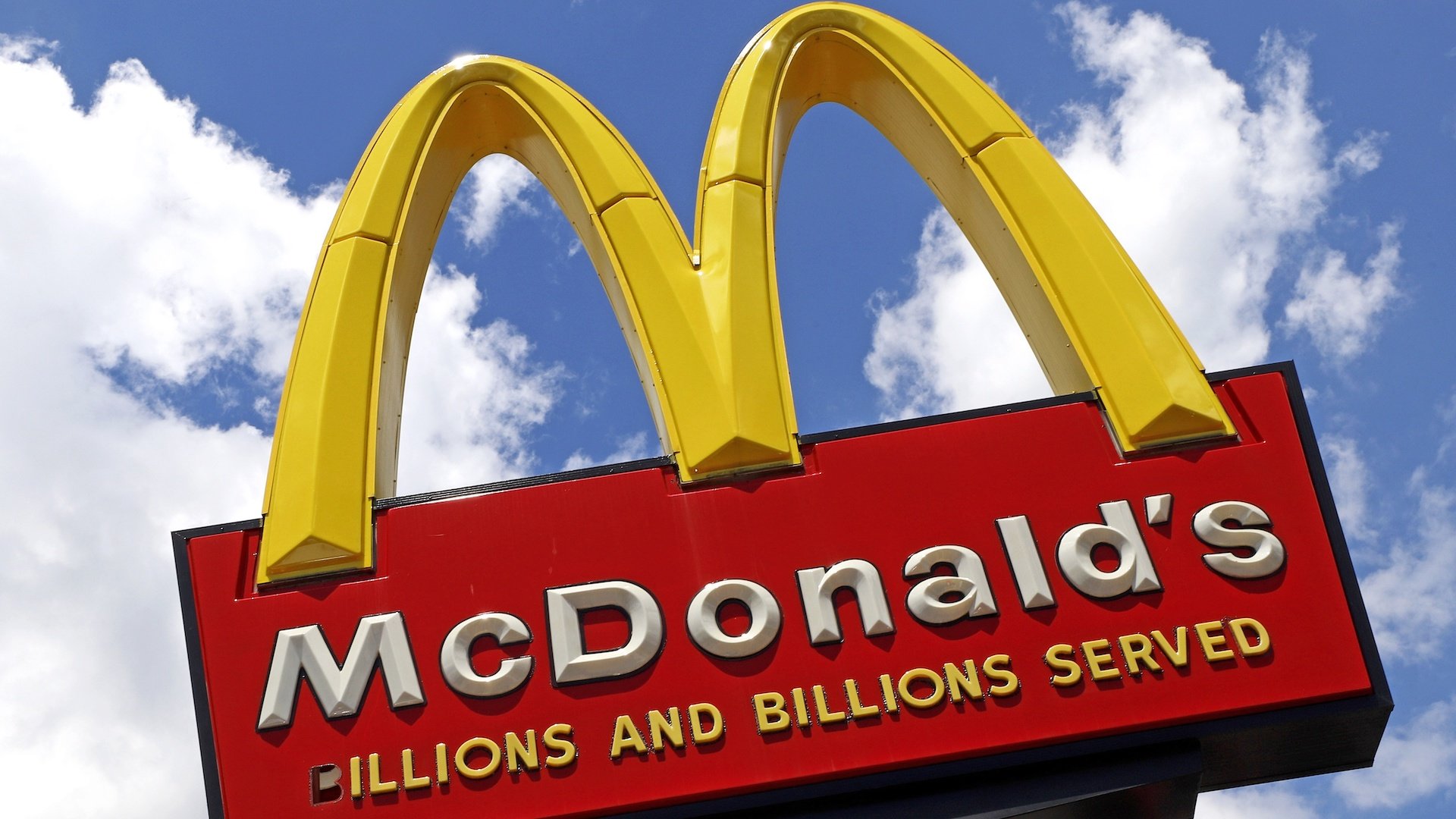 Revenue jumped 14% to $6.2 billion in the July-September period, the Chicago burger giant said Wednesday. That beat Wall Street’s forecast of $6 billion, according to analysts polled by FactSet.

The company said U.S. prices were up 6% over the prior year in the July-September period to cover rising wages and higher costs for commodities like food and paper. So far, customers are taking that increase in stride, McDonald’s Chief Financial Officer Kevin Ozan said in a conference call with investors.

Ozan said McDonald’s expects prices will be 6% higher for the full year. The company expects commodity costs to be up 3.5% to 4% for the full year, an acceleration from the 2% increase it saw in the first nine months of this year. It expects those higher costs to persist into the new year.

“Certainly, pricing and cost pressures are a bigger focus over the last few quarters than they had been previously,” Ozan said.

But he said labor shortages continue to curtail service. Some locations are closing earlier than they usually would, for example, and service times are slower.

“I was hoping and expecting that we were going to see the situation improve maybe a little bit more quickly than what’s materialized,” Kempczinski said. “I think it is going to continue to be a difficult environment for the next several quarters.”

Sales at stores open at least a year rose 12.7% worldwide in the third quarter, surpassing pre-pandemic levels and easily topping the 10% increase Wall Street had been expecting as coronavirus restrictions eased in most markets.

Eighty percent of U.S. dining rooms are now open, up from 70% in the second quarter, McDonald’s said. In Europe, ordering levels at counters and in-store kiosks are nearly back to pre-pandemic levels.

That helped offset softness elsewhere. McDonald’s said same-store sales fell in China due to a resurgence of COVID cases in some markets and a softening economy. The company hopes to counter that with accelerated store openings, with plans to open 650 stores in China this year.

In Australia, stay-at-home orders closed half of McDonald’s dining rooms during the quarter but delivery orders reached a record high. Kempczinski said that even when markets reopen, delivery demand remains elevated; the company doesn’t break out its percentage of delivery orders, but Kempczinksi said they have grown by “billions and billions” over the last few years.

“Delivery was meeting a customer need I don’t think any of us fully appreciated a few years ago,” Kempczinski said.

He said McDonald’s is leaning on its delivery partners – Uber Eats, DoorDash and Grubhub –  to lower their commission fees.

“The fact that we are the largest in the world and we can drive traffic should be reflected in the rates we are paying,” Kempczinski said. “We need each other, and I’m optimistic we’ll be able to get to a good resolution on that in a couple of months.”

McDonald’s also said it is partnering with IBM on its automated ordering system, which it has been testing at several U.S. drive-thru locations. Under the deal, IBM is acquiring MCD Tech Labs – which employs around 100 people – and will finish development of the ordering system and roll it out worldwide in the coming years.

Kempczinski said automatic ordering can increase speed and accuracy, and tests have been encouraging, but the company was facing a lot of work introducing other languages and inputting the menus from its 40,000 locations.

“That work is beyond the scale of our core competencies,” he said.

McDonald’s shares were up 2% in morning trading.