Twelve acres of land on Chicago’s Far South Side have gone unused for more than a decade. Now, local leaders are working to redevelop the massive site into a mixed-use, community-driven project. They’ve gotten millions in seed money from the state — and are hoping for city support, too.

The northwest corner of 115th and Halsted streets sits at the intersection of West Pullman, East Morgan Park and West Roseland. This prime real estate has been vacant for more than a decade since Jewel moved four blocks south and the Halsted Mall was torn down.

“This was almost like the downtown … and this has become an eyesore for the community,” said Abraham Lacy, president and CEO of the Far South Community Development Corporation. He’s one of the people working to turn that eyesore into an asset: 390 units of housing, 20,000 square feet of retail, a community center, and green space. The new Morgan Park Commons would also connect to the Major Taylor biking and walking trail and a Pace Pulse rapid transit route.

“It is going to bring life again to this very important, very crucial intersection,” Lacy said.

The price tag is estimated at $117 million. Lacy and his partners got $15 million in seed money from the state of Illinois.

“It’s really important we begin to use a holistic, comprehensive approach that truly looks at community revitalization and the development of our neighborhoods,” said state Rep. Justin Slaughter, D-Chicago, who worked to get funding for the project into the recent capital bill.

Slaughter sees this project – and others, from the renovation of Jackie Robinson Park in Washington Heights to the CTA’s Red Line extension effort – as a way to address longstanding needs.

“Not only do we expect a revival of sorts with the families and individuals that have traditionally lived here on the Far South Side, but also turning the corner from the pandemic and making the far South Side of Chicago attractive again,” Slaughter said.

The first phase of the project is 80 units of housing as well as commercial space along Halsted Street. If everything goes to plan, construction is set to start in spring of 2023 and run until mid-2024.

The housing will be a mix of rental units and single-family homes for sale, the majority of which Lacy says will be affordable. One of the project’s partners is the nonprofit developer Preservation of Affordable Housing.

“This is pretty rare to have 12 acres adjacent to important commercial strips and adjacent to really nice, stable single-family homes around it,” said POAH Senior Vice President Bill Eager. “You’re not building a building. You’re trying to lay out a … new part of the neighborhood.” 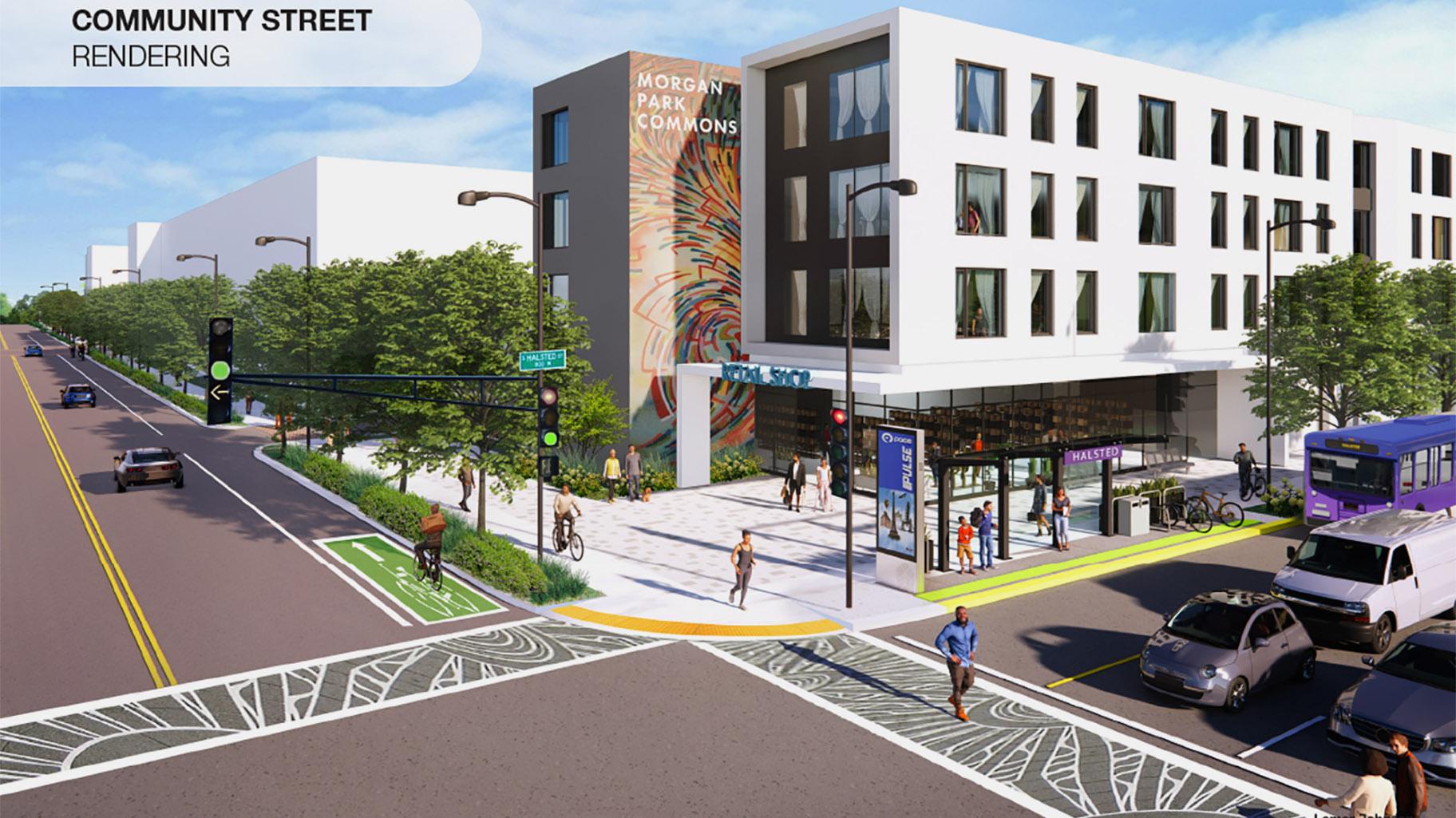 The northwest corner of 115th and Halsted streets sits at the intersection of West Pullman, East Morgan Park and West Roseland. Local leaders are working to redevelop the massive site into a mixed-use, community-driven project. (Courtesy Far South Community Development)

“It brings in the restaurants, and the dry cleaners, and the day cares, and the other types of services and jobs that people want,” Eager said.

In addition to state money, Lacy says he’s lined up private capital and equity partners. Right now, he’s waiting to hear whether the city will approve a low-income housing tax credit. He also hopes to meet with the mayor’s office and Department of Planning and Development to get on the same page.

“Some projects die because of the red tape, the length of time it takes to get these things moving,” Lacy said. “With our elected leaders as well as our community partners, there needs to be tighter collaboration.”

The project’s backers see this as the closest this site has gotten to a long-awaited redevelopment, and they don’t want to lose any momentum.

“It feels good, because this has been a long time coming,” Lacy said. “The community has been patiently waiting for this to take place, and we are happy that we’re at this point that we can deliver something.” 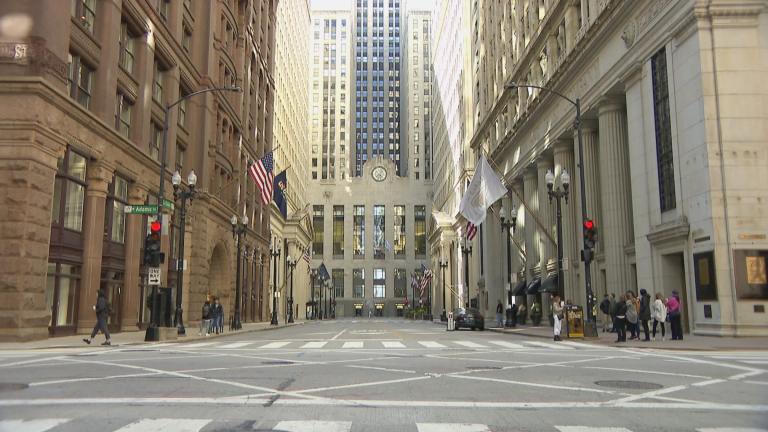