It was early August, just before most students returned to their classrooms for the new school year that Gov. J.B. Pritzker issued an executive order requiring students, teachers and staff to wear masks in school, regardless of their vaccination status.

If not, they’d face the consequences. Districts would be put on probation for 60 days. If they still didn’t comply, they’d lose state recognition, and with that state funding.

The Illinois High School Association, which is not run by the state, then declared it wouldn’t allow schools on probation to participate in activities.

“We don’t want to punish our students in any way. They’ve already lost enough. They lost most of their seasons last year,” said Matt Vollman, superintendent of Norris City-Omaha-Enfield Community Unit School District 3 in White County in the far southeast corner of Illinois (a county away from Kentucky, Vollman said). “IHSA doesn’t just cover sports. We’ve got scholar bowls as part of the IHSA which is an academic team, as well as band, music. So those that are in the arts are affected. So this was not going to be a punishment to our kids. We didn’t want any part of that.”

Vollman said in July – before Pritzker’s order — the school board had voted to recommend masks, but not require them. After the governor’s mandate, they got a warning from the Illinois State Board of Education (ISBE) that they were on probation.

Vollman said the board held an emergency meeting and voted reluctantly to comply.

They couldn’t afford not to.

“We’re in a very rural community. We don’t have a very high tax base, where other communities have more business and industry and a little less dependent on state aid than we are – we’re heavily dependent on state aid,” he said. “A lack of funding from the state if we would become unrecognized due tour lack of complying with the state order on the masking would then be financially detrimental.”

According to the latest state data, four public school districts are still on probation for lack of compliance: Beecher City CUSD 20 in Effingham County, Hutsonville CUSD 1 in Crawford County, Cowden-Herrick CUSD 3A in Shelby County and Nauvoo-Colusa CSD 325in Hancock County.

Parents in some suburban districts are pushing their school boards to buck the state.

Joe Serevino, a Republican running for Congress, is a parent of five who attended a Lake Forest District 115 meeting Monday night that he says got heated when it came to debating the mask mandate he wants lifted.

“Everyone should challenge their right to freedom and expression and their First Amendment ability to choose what’s right for them, and if they choose not to wear a mask, they shouldn’t wear a mask. I think the detriments at this point are far outweighing the betterment,” Serevino said. “When this pandemic first occurred, I was at home with my wife wiping the groceries down with Clorox wipes. I took it as serious as anyone else.”

But he said now, children keeping their faces covered in masks – like wiping down groceries – is no longer needed.

His school-age kids still wear masks, in compliance with their school’s rules, he said. But he believes it’s harmful to youth.

“The masks are more of a detriment to these children and their interpersonal relationships … than not wearing them,” Serevino said.

Marsha McClary is also a parent of five, and leads Barrington 220 Families Forum, a Facebook group that formed last year to press for in-person school to return but has since morphed into one she said is “a place where we share information about what’s going on in the district as well as advocacy efforts to support students’ freedom and family freedom.”

McClary said masking should be optional — up to families and local school boards.

“The dynamics of each community and the needs and the data differ substantially across the state, if you look at it, and I really think that it should be up to our (local school board members). I mean we’ve elected these local officials to make these tough decisions and they know that better than at the state level” McClary said.

Barrington this week also began testing for COVID-19 in schools. The state offers the SHIELD saliva-based test free of charge to all K-12 public schools.

McClary said she supports the concept, and that it would be convenient for families if schools offered tests for other health concerns, like strep throat.

But she takes some issue with how the district went about it; she said parents can opt out, when instead families should have to opt in to the COVID-19 testing.

“Never in history would you imagine that you would have to opt out of your child being tested by a stranger at school or anywhere really for a medical test,” McClary said. “We grow and learn from those things. And then I think the process should be, they should probably take a step back and look at it because it just started this week. What I’m hearing is it didn’t go very well, and it was not in any way private, so I think our community by and large is very unhappy.”

“Under what authority does ISBE believe they have the ability to restrict funding to school districts that choose not to abide by the mask mandate? I would like to see the statute that grants ISBE this authority. To the best of my knowledge, I don’t believe that authority exists,” said state Sen. Don DeWitte, R-St. Charles.

ISBE’s counsel, Kristen Kennedy, said she was unable to answer some questions due to pending litigation, but that the agency believes it has the authority based on a judge’s ruling in Pritzker v. Board of Education Hutsonville CUSD #1.

DeWitte says his questioning doesn’t mean he’s anti-mask; he wears one to protect himself and others, but he said stripping districts of their state recognition via an executive order, without a law or even an agency emergency rule specifying the requirement and consequences, is government overreach. He also questioned whether the state is acting with too heavy a hand when it comes to setting policies for private schools.

Other lawmakers agreed, and voted 10-0 for a resolution requiring ISBE to come back to the legislative panel to run new mask rules by them.

“There is a concern that policy outside of rule may exist and JCAR encourage ISBE to place all policy and guidance in rule. JCAR recommends that ISBE provide an update to the committee within 30 days,” a staffer read.

The resolution also asks ISBE to expand and clarify its process for revoking districts’ state recognition.

While public districts are put on probation for 60 days and can immediately have their status restored upon verifying with the state that universal masking is required, Kennedy told legislators that state policy allows ISBE to immediately not recognize private schools that are not in compliance.

The 13 private and public schools currently bucking the mask mandate are in the minority; Illinois has 859 public school districts. ISBE’s data lists 53 schools as having been on probation at some point since Pritzker’s Aug. 4 executive order on masks in schools was issued.

One private school leader, who asked not to be named for fear of further retribution, said the school board made a conscious choice to keep masking optional, under the belief that masking decisions should be left to parents and not the government.

That school is pursuing accreditation by the Association of Christian Schools International, instead of working to comply with ISBE to regain state recognition.

ISBE did not respond to requests for comment about JCAR’s decision and for more information about its process for not-recognizing schools. 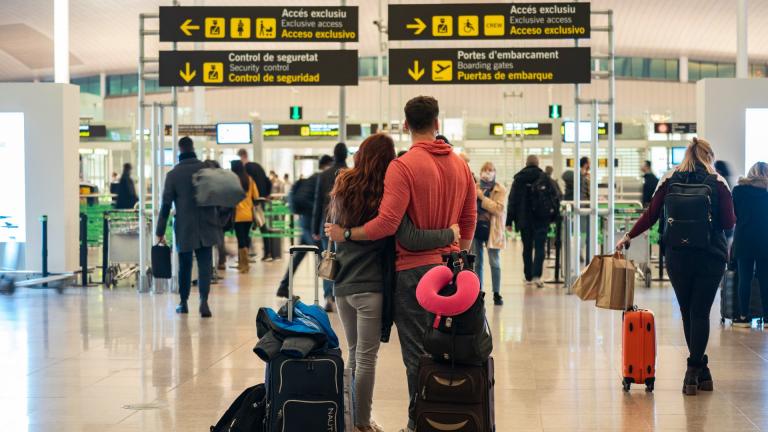