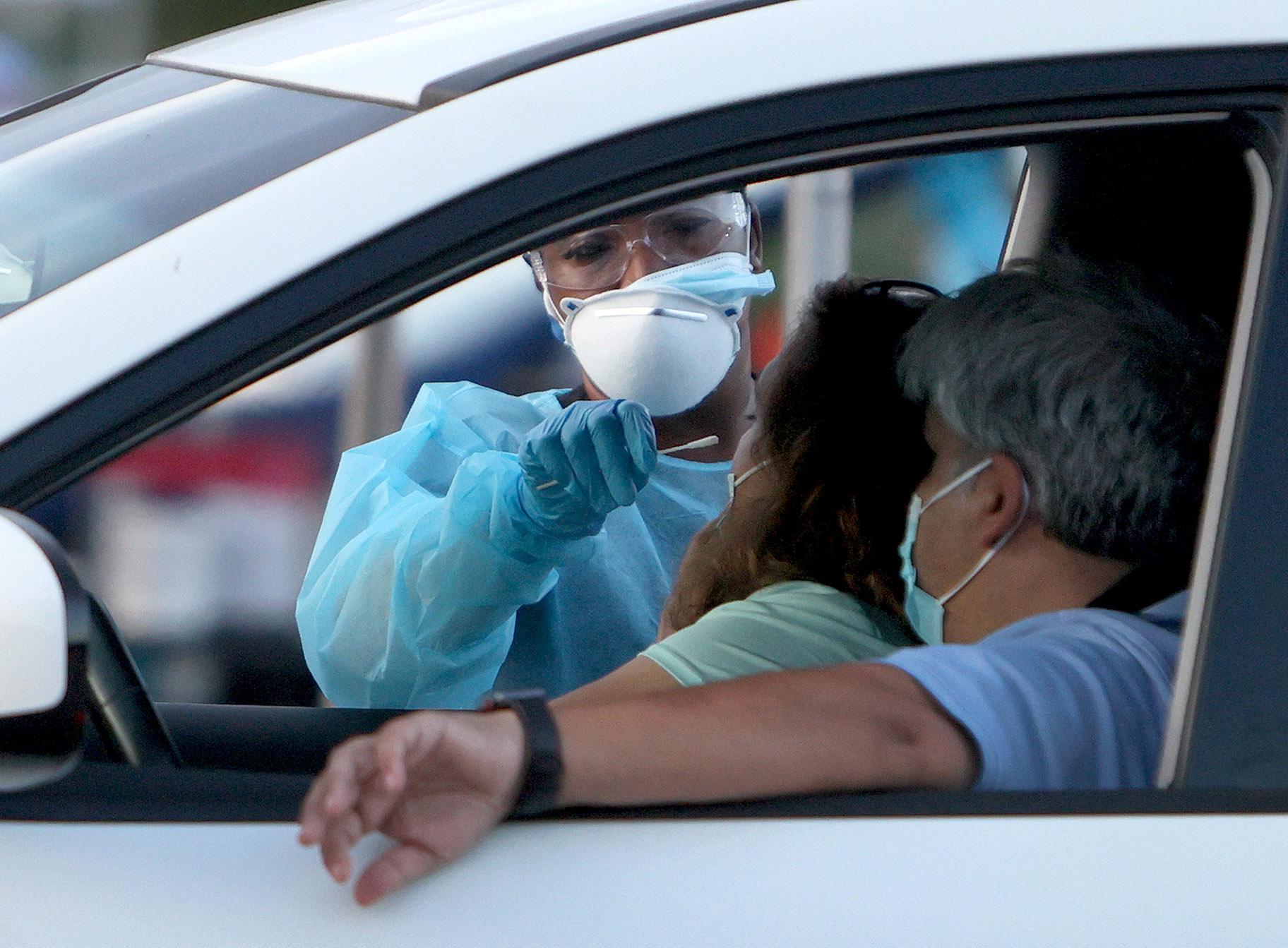 (CNN) — Due to the surge of COVID-19 cases, the director of the U.S. Centers for Disease Control and Prevention is asking unvaccinated Americans not to travel during the Labor Day holiday weekend.

The U.S. is surpassing an average of 160,000 new cases a day, according to data from Johns Hopkins University. With the spread of the more transmissible delta variant and many students returning to the classroom for a new academic year, the rise is concerning officials and health experts.

“First and foremost, if you are unvaccinated, we would recommend not traveling,” CDC Director Dr. Rochelle Walensky said at a White House COVID-19 Response Team Briefing on Tuesday.

Walensky said that while people who are fully vaccinated can travel with precautions, current transmission rates mean they, too, need to take COVID-19 risk into consideration when deciding whether to travel.

Health experts have said that vaccination is the best way to protect against the virus’ spread, and many have attributed the spike in cases to the large portion of Americans who are unvaccinated.

Of those eligible for vaccinations, which includes Americans 12-years-old and older, 38.5% are not fully vaccinated, according to data from the CDC.

In Idaho, Gov. Brad Little said the state has reached a point in the pandemic “we have not seen before” with more Idahoans in the ICUs than ever before. He stressed multiple times that the “vast majority” are unvaccinated.

“Yesterday evening, I toured a nearly full ICU wing in Boise. What I saw was heartbreaking,” he said Tuesday. “Some were young, two were middle-aged, two patients were pregnant… All of them were struggling to breathe and most were only breathing with help from a machine.”

He said medical staff are “exhausted,” so the state is adding up to 370 additional personnel to help.

In June, attendees met for a five-day overnight church camp and a two-day men’s conference in Illinois, neither of which required vaccination, testing or masks. By August, 180 COVID-19 cases were connected to the events, including five hospitalizations, according to the investigation, conducted by the CDC and the Illinois Department of Public Health.

Concern is growing over infections in children, many of whom don’t have access to the vaccine yet.

And those who are eligible are not reaping the full benefits. Children ages 12 to 15 are eligible but less then half of that group is vaccinated with at least one dose, according to data published Monday by the CDC.

The result has been cases in children increasing “exponentially,” the American Academy of Pediatrics reported Tuesday.

More than 200,000 children tested positive for COVID-19 in the last week, a five-fold increase from a month ago, the AAP said. And rates of hospitalizations have risen with the cases.

An early goal of the vaccination effort was to administer enough protection to curb the spread in time for the new school year and allow students to return to the classroom safely — something many hadn’t done for a year.

But with cases on the rise, schools have had to implement other measures to protect students.

In New York, Gov. Kathy Hochul said Tuesday she plans to implement mandatory weekly COVID-19 testing for school staff who are not vaccinated.

“School staff, anybody who enters that building will have to be vaccinated or undergo mandatory testing — mandatory testing, and we’re in the process of getting the legal clearance for that, as I speak,” Hochul said.

“We’re not doing that well getting our 12- to 17-year-olds vaccinated, and they are vulnerable to the next virus, which is dangerous,” she said.

And while the U.S. Food and Drug Administration has approved booster doses for adults, 12- to 17-year-olds are not able to get them yet. Dr. Anthony Fauci, director of the National Institute of Allergy and Infectious Diseases, said this week he believes they will ultimately be eligible for boosters once the data is submitted to the FDA for safety considerations.

In Florida, where Gov. Ron DeSantis has issued an order banning mask mandates that have no opt-out for parents, Gulf and Taylor counties are closing their school doors for a few days. Neither district has a mask mandate policy.

Gulf District Schools said the closure is the result of a rise in cases and staffing shortages.

Superintendent Jim Norton said about 20% of students and staff members are in quarantine, but the district does not have an exact number because many are taking home tests and then self-quarantining.

According to Kiki Puhl, director of personnel, the district has “10% of staff out, and not enough substitutes.”

Hospitals running out of oxygen

Hospitals filling up with COVID-19 patients have put a strain on space and staffing, and many are now experiencing a shortage in oxygen supply.

Several hospitals in Florida, South Carolina, Texas and Louisiana are struggling with oxygen scarcity. Some are at risk of having to use their reserve supply or risk running out of oxygen imminently, according to state health officials and hospital consultants.

“Normally, an oxygen tank would be about 90% full, and the suppliers would let them get down to a refill level of 30-40% left in their tank, giving them a three- to five-day cushion of supply,” Donna Cross, senior director of facilities and construction at Premier, a health care performance improvement company, told CNN.

“What’s happening now is that hospitals are running down to about 10-20%, which is a one- to two-day supply on hand, before they’re getting backfilled.”

Even when they’re getting backfilled, it’s only a partial supply of about 50%, Cross said. “It is very critical situation.”

Outbreaks in long-term care facilities and schools in the state have increased, according to Gov. Jim Justice.