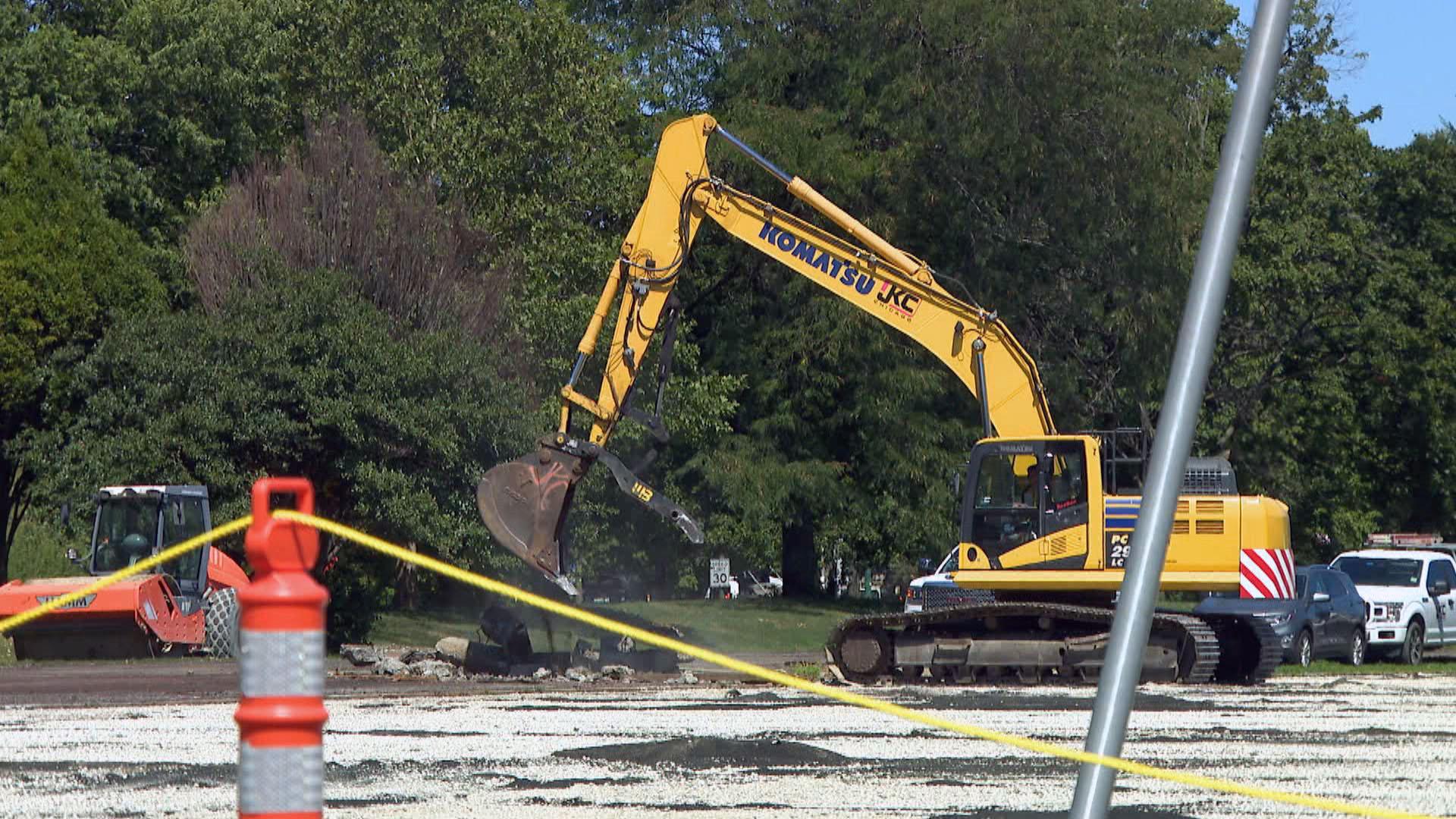 With a bulldozer and road closures in place, construction on the Obama Presidential Center began Monday, Aug. 16, 2021. (WTTW News)

Roadway closures were set up and a bulldozer pulled up to start digging up part of the 19-acre lakefront site in Jackson Park, which is near the Obama family home and the University of Chicago where the former president once taught law. The Obama Foundation, which announced preliminary work in April, said a formal groundbreaking ceremony would take place in the fall.

Progress on the $500 million center has been delayed by lawsuits and a federal review required because of the location of the park, which is on the National Register of Historic Places. Also, concerns about displacing Black residents stretched into a yearslong battle, resulting in neighborhood protections —including for affordable housing.

“We are incredibly proud to build the Obama Presidential Center here, just a couple of miles away from where President and Mrs. Obama started their journey,” Valerie Jarrett, president of the Obama Foundation, said in a statement. “We are on the heels of the work of so many whose efforts made the election of our first Black president possible. We look forward to delivering on the commitments we’ve made to our neighbors and our fellow Chicagoans as we continue on our road to groundbreaking.”

The multi-building complex will include a museum, public library branch, athletic center, children’s play area and a test kitchen. Obama’s documents will be available in digital form.

During a Chicago appearance in June, Obama said he hoped the center would help promote the city’s South Side and bring Chicagoans together.

“Our goal has been, how do we create an institution that not only is helping to promote the sort of civic engagement and progressive change that I believe happens when ordinary people just get involved in their communities,” he said. “But also how can we make this into something that helps bring Chicago together at a time when Chicago like much of the country sometimes feels divided.”