Extra COVID Vaccine OK’d for Those with Weak Immune Systems 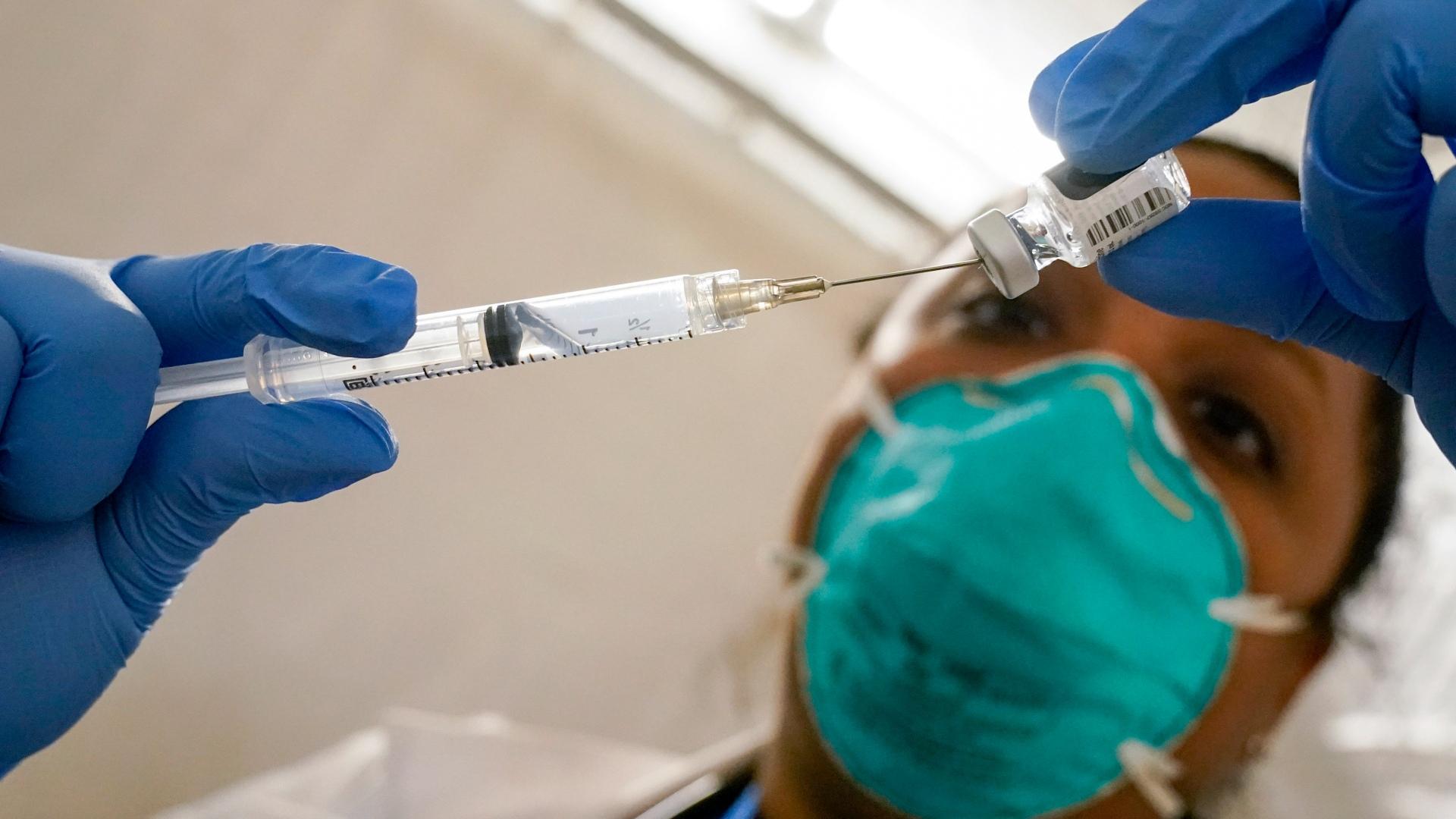 In this Jan. 15, 2021, file photo, Dr. Yomaris Pena, internal medicine physician with Somos Community Care, extracts the Pfizer COVID-19 vaccine out of a vial at a vaccination site at the Corsi Houses in the East Harlem neighborhood of New York. (AP Photo / Mary Altaffer, File)

WASHINGTON (AP) — U.S. regulators say transplant recipients and others with severely weakened immune systems can get an extra dose of the Pfizer or Moderna COVID-19 vaccines to better protect them as the delta variant continues to surge.

The late-night announcement Thursday by the Food and Drug Administration applies to several million Americans who are especially vulnerable because of organ transplants, certain cancers or other disorders. Several other countries, including France and Israel, have similar recommendations.

It’s harder for vaccines to rev up an immune system suppressed by certain medications and diseases, so those patients don’t always get the same protection as otherwise healthy people — and small studies suggest for at least some, an extra dose may be the solution.

The FDA determined that transplant recipients and others with a similar level of compromised immunity can receive a third dose of the vaccines from Pfizer and Moderna at least 28 days after getting their second shot. The FDA made no mention of immune-compromised patients who received the single-dose Johnson & Johnson vaccine.

The announcement comes as the extra-contagious delta version of the coronavirus surges through much of the country, pushing new cases, hospitalizations and deaths to heights not seen since last winter.

Importantly, the FDA’s decision only applies to this high-risk group, estimated to be no more than 3% of U.S. adults. It’s not an opening for booster doses for the general population.

Instead, health authorities consider the extra dose part of the initial prescription for the immune-compromised. For example, France since April has encouraged that such patients get a third dose four weeks after their regular second shot. Israel and Germany also recently began recommending a third dose of two-dose vaccines.

Separately, U.S. health officials are continuing to closely monitor if and when average people’s immunity wanes enough to require boosters for everyone — but for now, the vaccines continue to offer robust protection for the general population.

The Centers for Disease Control and Prevention is expected to formally recommend the extra shots for certain immune-compromised groups after a meeting Friday of its outside advisers.

Transplant recipients and others with suppressed immune systems know they’re at more risk than the average American and some have been seeking out extra doses on their own, even if it means lying about their vaccination status. The change means now the high-risk groups can more easily get another shot — but experts caution it’s not yet clear exactly who should.

“This is all going to be very personalized,” cautioned Dr. Dorry Segev, a transplant surgeon at Johns Hopkins University who is running a major National Institutes of Health study of extra shots for organ recipients. For some people, a third dose “increases their immune response. Yet for some people it does not seem to. We don’t quite know who’s who yet.”

One recent study of more than 650 transplant recipients found just over half harbored virus-fighting antibodies after two doses of the Pfizer or Moderna vaccines — although generally less than in otherwise healthy vaccinated people. Another study of people with rheumatoid arthritis and similar autoimmune diseases found only those who use particular medications have very poor vaccine responses.

There’s little data on how well a third dose works, and if it causes any safety problems such as an increased risk of organ rejection. Wednesday, Canadian researchers reported that transplant recipients were more likely to have high levels of antibodies if they got a third dose than those given a dummy shot for comparison. Other small studies have similarly found that some transplant recipients respond to a third dose while others still lack enough protection.