‘This Can Be Me’: Black Participation Rising in Gymnastics 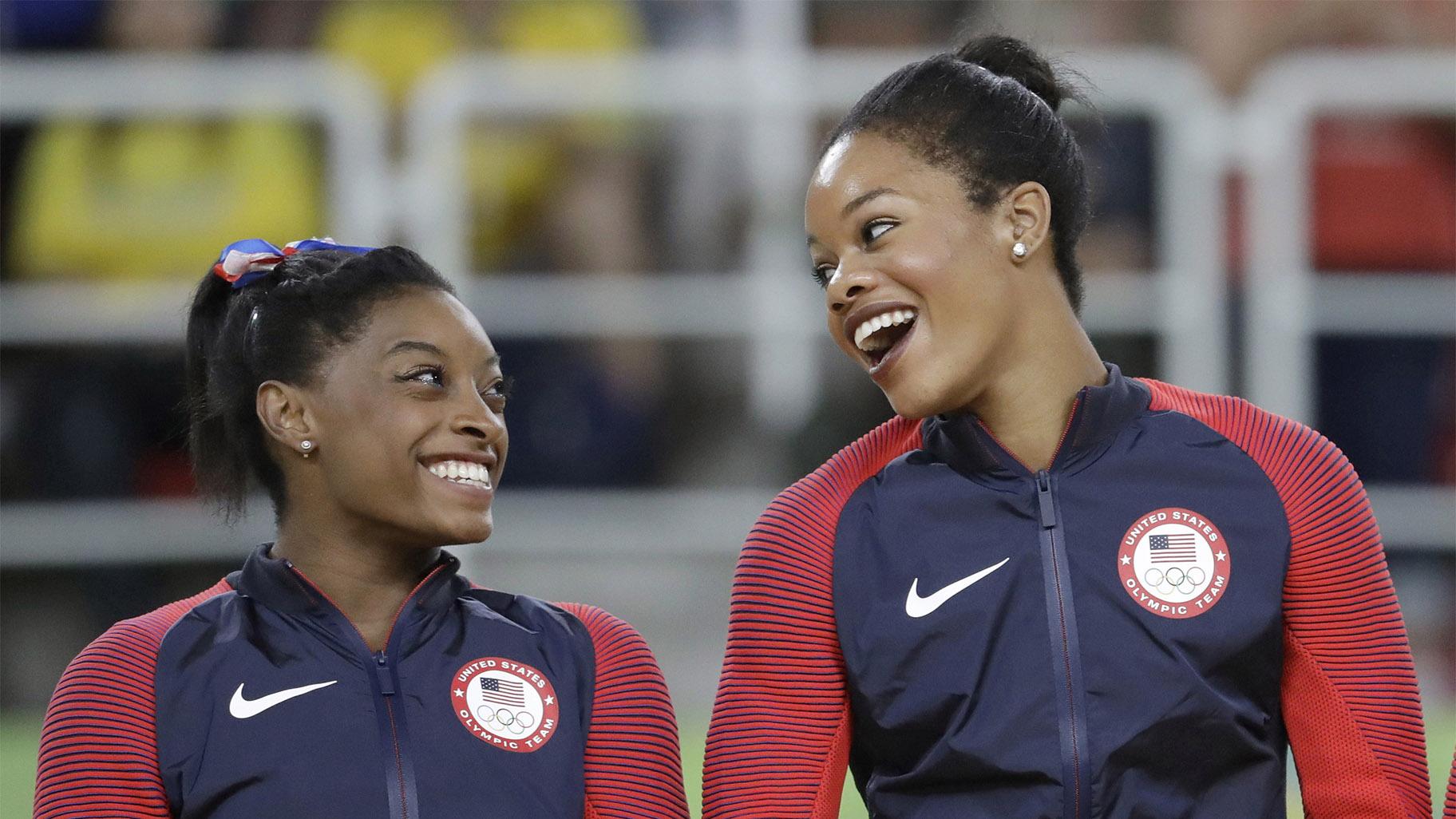 TOKYO (AP) — There’s a phenomenon that happens every time Simone Biles appears on a screen inside Power Moves Gymnastics & Fitness.

As if flipping a switch, the young women of color on the gym’s competitive team spring to life, fueled by the jolt of adrenaline that comes watching the reigning Olympic champion test the limits of their sport.

“They just get this motivation that’s just unreal,” said DeLissa Walker, who co-owns the gym just outside New York City with her sister Candice. “And we’re like, ‘Wow, they’re really inspired.’ ... They’re like ‘This can be me.’”

Maybe because more and more, it is.

The face of gymnastics in the United States is changing. There are more athletes of color starting — and sticking — in a sport long dominated by white athletes at the highest levels.

Half of the U.S. women’s Olympic delegation that will walk onto the floor — Biles, Jordan Chiles and Sunisa Lee — at Ariake Gymnastics Center for Olympic qualifying on Sunday are minorities. Biles and Chiles are African American; Lee is Hmong American.

More than half of the 18 women invited to Olympic Trials in St. Louis last month were women of color. While numbers are still low on college teams, there is progress. Black women account for nearly 10% of the scholarship athletes at the NCAA Division I level, an increase from 7% in 2012. More than 10% of USA Gymnastics membership self-identify as Black.

And while the current athletes at the top level of the sport were already involved when Gabby Douglas became the first Black woman to win the Olympic all-around title in London in 2012, the rise in participation among athletes of color since Douglas’ golden moment at the 02 Dome is real, one amplified by Biles’ unmatched brilliance.

“Simone has opened the eyes to so many women of color saying ‘Hey, you can do this, too,’″ said Cecile Landi, who has served as Biles’ co-coach along with her husband Laurent since the fall of 2017. “It’s not just little skinny white girls that can do it. Anyone can do it. And then it’s a black-owned business, so I think it attracts its own families that way.”

Even if it’s not exactly what Nellie Biles had in mind when she opened World Champions Centre in the northern Houston suburbs. Yet over the last six years, WCC has become a mecca of sorts. All six members of the club’s elite team are Black, and the diversity sprinkled throughout the program — from the elite level all the way down to the recreational kids who spend a few hours in the gym to burn energy — struck Gina Chiles the second her daughter moved from Washington state to train at WCC in 2019.

“I remember calling my husband and saying ‘Bruh, you will never guess,’” Gina Chiles said. “At our home gym, Jordan was the only one. It was refreshing to be able to see people of all colors. But to see the amount of little Black girls doing gymnastics, it just did my heart so good. It’s hard to explain. It just felt like ‘Wow.’”

It’s a moment Derrin Moore saw coming the second Douglas climbed to the top of the podium as the Star-Spangled Banner blared. The sight of a Black woman standing atop the sport in front of tens of millions in the U.S. provided an immediate spike in interest from families in the predominantly Black neighborhoods surrounding Moore’s gym in suburban Atlanta.

“It was huge,” Moore said. “Our phones were ringing off the hook.”

Yet getting Black kids into gymnastics is one thing. Keeping them is another, one of the reasons Moore founded Black Girls Do Gymnastics in 2015. The foundation is dedicated to providing “scholarships, coaching, training, and other forms of support to athletes from underrepresented and marginalized groups.”

While Biles and her U.S. teammates head to work in search of helping the Americans win their third straight Olympic title on Sunday afternoon in Japan, nearly 7,000 miles away, a group of 100 Black and brown gymnasts will converge at Grambling State University as part of the foundation’s annual conference.

The timing with the Olympics is coincidental. The venue is not. Grambling is in the exploratory process of becoming the first Historically Black College and University to offer women’s gymnastics.

“Our university leadership is looking at young gymnasts in our community and realizing and understanding the path from toddler gymnastics tumbling to the Olympics for a Black and brown gymnast is arduous.” said Raven Thissel, the marketing and public relations director for The Doug Williams Center, located on Grambling’s campus. “How can we make it a smoother one?”

The conference isn’t just focused on athletic development. There are also workshops planned for parents to educate them on what it takes to rise if their athletes want to graduate from entry-level programs to the NCAA/elite level. It’s an element that Moore believes can get lost for members of the Black community.

“It’s just giving families a little edge,” Moore said. “We want to give them information so they can step into the gymnastics arena and be confident and advocating for their girls.”

The Walkers, both board members at Brown Girls Do Gymnastics, are already starting to see the results. The business they started in 2012 in a space so small it’s now a barber shop is thriving. They moved to a warehouse in 2015 before opening at their current location in Cedarhurst, New York — on Long Island, about 20 miles from Manhattan — last August.

Even as they’ve grown, the majority of their clientele has remained athletes of color. Eight members of Power Moves competitive team will be at Grambling this weekend to participate in the Isla Invitational, an exhibition held in conjunction with the conference. The Walkers view it as the next step in the growth process for girls — and their families —eyeing a long-term commitment.

It’s a commitment that requires a significant investment of both time and money. Some members of the competitive team put in five to six hours a day several times a week. The Walkers estimate their monthly dues are about half of what other gyms in the area charge. They offer discounts for siblings and promote fundraisers.

Moore’s gym limits the number of competition leotards her athletes use and believes her coaches are willing to work for less because they view their mission as more of a calling than a job.

They are preparing for another spike in interest among Black communities that is likely in the offing as Biles steps onto the world stage once again. The Walkers, both former competitive gymnasts, are encouraged by what they see, but work remains to be done.

Even as the number of Black and Brown athletes rises, diversity among coaching, club ownership, judging and representation at the top levels of USA Gymnastics remains very much a work in progress. While more than half of the athletes at the Olympic trials were women of color, the overwhelming majority of the coaches and the judges on the floor were white.

“We have a role to play in making sure that we are intentionally diverse in that aspect,” USA Gymnastics President Li Li Leung said. “And then the hope is as the athletes pave the way. That the ecosystem that supports the athletes also becomes more diverse from a coaching standpoint, also from a club ownership standpoint. That we’re hoping to see that as well.”

Biles has vowed to remain in the sport long after the Olympic flame in Tokyo is passed along to organizers for the 2024 Games in Paris. Three years for now, perhaps some of the young Black girls who entered the sport in the afterglow of Douglas’ victory in London will be the ones in the mix to represent the United States in France or scattered across NCAA gymnastics programs across the country, maybe even at historically Black colleges and universities. 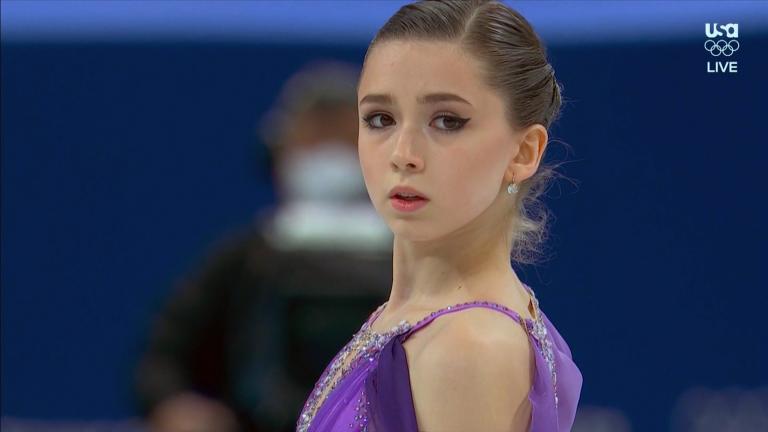 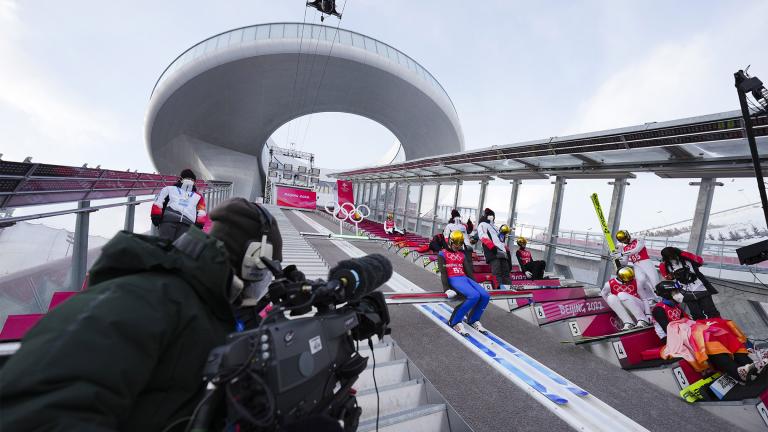 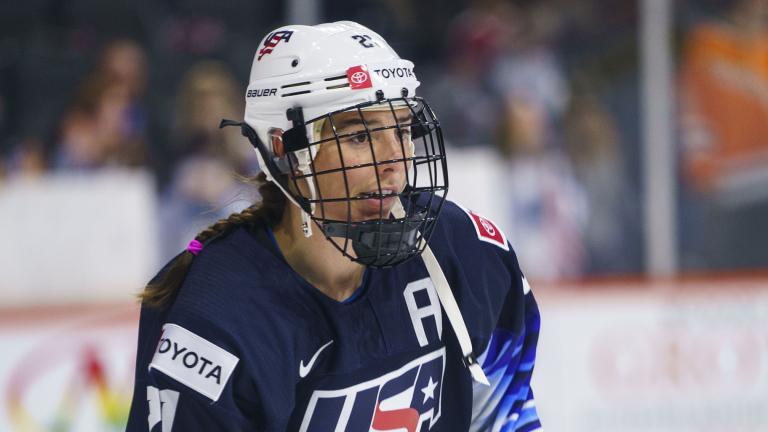