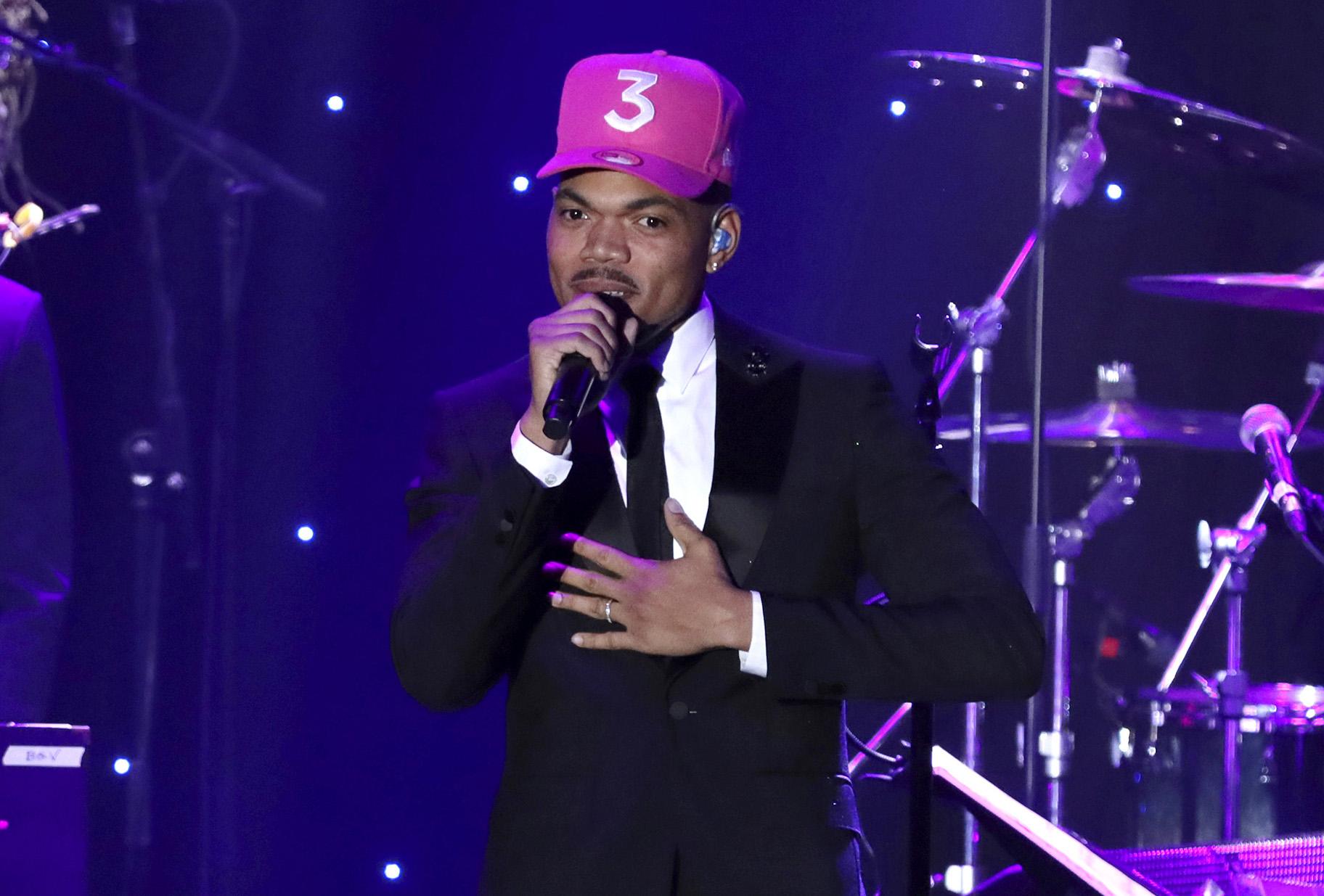 Chance the Rapper performs on stage at the Pre-Grammy Gala And Salute To Industry Icons on Jan. 25, 2020, in Beverly Hills, Calif. (Photo by Willy Sanjuan / Invision / AP, File)

LOS ANGELES (AP) — When Chance the Rapper filmed a secret concert four years ago, he intended to make a movie for the big screen but ended up shelving the project after not knowing how to edit all the footage.

But while hunkered down in his home during the pandemic, the Grammy winner took the opportunity to educate himself about the craft of filmmaking. Chance hosted and performed in several virtual concerts including “Chi-Town Christmas” — which he wrote and directed — giving him enough confidence to revisit the idea of making his own film.

“I had a lot of editing notes and ideas, but I didn’t know how to edit,” he recalled. “But during the pandemic, I started doing virtual concerts and actually directing them myself. I picked up all these skills that filmmakers have — one of them was figuring how to edit and work with editors. I needed that.”

Now, Chance’s filmmaker aspirations are coming into fruition with his concert film “Magnificent Coloring World,” which premieres Aug. 13 in select AMC Theatres. The concert was filmed in his hometown of Chicago during his Magnificent Coloring World Tour in 2017, shortly after winning three Grammys through his 2016 independent project “Coloring Book,” which won best rap album. The project became the first streaming-only album to win the award. He also took home the best new artist trophy and best rap performance for his song “No Problem” featuring 2 Chainz and Lil Wayne.

The concert film will celebrate the five-year anniversary of “Coloring Book.”

Chance could have gone the streaming service route, but he elected to pitch his concert film idea to AMC Theatres a few months ago with hopes of immersing moviegoers into his full concert experience.

“There’s just something different about going to see something in theaters, instead of watching it in your bed or whatever,” he said. “I always knew that I wanted this to be experienced in a group and on a huge screen with crazy surround sound.”

Chance led the film’s editing process and self-distributed the film through his House of Kicks umbrella, which reimagines music, film and virtual experiences. His partnership with the theater chain marks the first time a music artist has independently distributed a film through AMC.

“The appreciation for Chance’s dazzling creation is a genuine demonstration of the power and emotional connection audiences have with Chance, and how they feel while watching his work on the big screens of AMC,” said Adam Aron, CEO and president of AMC Entertainment said. “This is a reminder of the uncharted programming possibilities at AMC, and we are thrilled to blaze this path with Chance The Rapper and his team.”

“Magnificent Coloring World” features a variety of stages designed by Chance and was filmed on a soundstage within three and a half weeks. The rapper said he wanted to tell a unique story with each frame with the help of director Jake Schreier, who directed the 2015 film “Paper Towns.”

While developing the concert film, Chance said watching it made him eager to perform in front of a live audience. He’ll make his first and only in-person performance this year at Summerfest in Milwaukee in September.

“It made me super thirsty,” the rapper said before adding that watching the film also helped him tweak certain parts of his onstage performance. He said music festivals like Summerfest are needed for him and people who “love the ability to experience live music.”

Chance drew inspiration to create his project from other musicals and concert films such as “Roger Waters: The Wall” in 2014 and Michael Jackson’s 1988 “Moonwalker.” He thinks more musicians should look to directly distribute to theaters.

The rapper plans on stepping behind-the-camera more as a filmmaker.

“The climate makes us feel like we have to go straight to VOD or do a smaller festival circuit sometimes,” he said. “But I think the theater business could use it. The industry of filmmakers could use it too.”

Tags:
Entertainment
Film
Chance the Rapper
made in Chicago