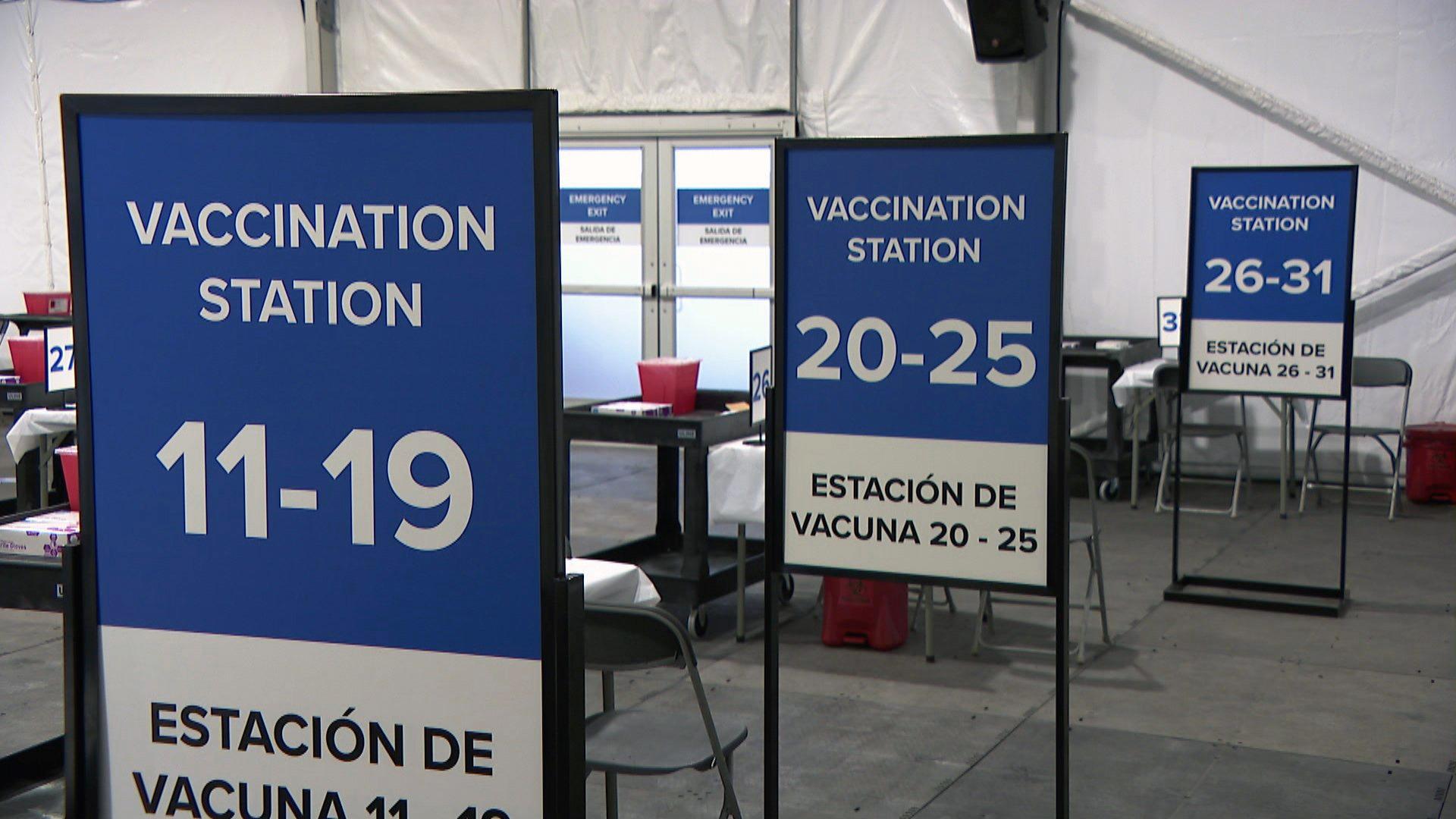 Eight weeks after federal and state officials opened a COVID-19 mass vaccination site at the United Center, it will close to first-dose walk-in appointments on May 11, Chicago’s top doctor announced Tuesday.

The center will to offer the second dose of the Pfizer vaccine to those who got their first dose there as scheduled, said Dr. Allison Arwady, the commissioner of the Chicago Department of Public Health.

Between May 4 and May 11, the United Center will administer the one-dose Johnson & Johnson vaccine to walk-in appointments.

In addition, the drive-thru vaccination site at the United Center will reopen May 8 and start administering the Johnson & Johnson vaccine, and the city will continue to operate that effort through June as long as there is ample demand once the federal government departs, Arwady said.

Arwady’s announcement comes as city officials prepare to launch a new phase of its vaccination campaign, made possible by the fact that Chicago finally has an ample supply of all three federally approved COVID-19 vaccines.

All Chicago and vaccination sites are open to walk-ins, with no appointment necessary, officials said.

Appointments are available at zocdoc.com/vaccine and can be scheduled by calling 312-746-4835, Arwady said.

That will allow city officials to shift their efforts from managing surging demand for the COVID-19 vaccine to encouraging those who have yet to be inoculated to get the life-saving shot, Arwady said.

As part of that effort, city officials encouraged community organizations to submit proposals to vaccinate residents of the city in each of Chicago’s six regions — and develop plans to address long-term health issues is those areas of the city, including access to routine medical care, social services, healthy food and safe housing as well as public safety both in the community and in the “physical and built neighborhood environment,” officials said.

The city plans to funds that vaccination effort with $9.6 million from the federal government, Arwady said. Applications are due at noon May 28.

The effort will build on the city’s Protect Chicago Plus program that focused vaccination efforts in 15 Chicago neighborhoods that were among the hardest hit by COVID-19, officials said. That push was successful and “vaccine coverage in priority areas increased over 300% – nearly twice the citywide increase in the same period,” according to city officials.

Once the COVID-19 pandemic fades, the Healthy Chicago Equity Zones program will address the systemic inequities and racism that causes Black Chicagoans to die nearly nine years sooner, on average, than white Chicagoans. Before the pandemic, Arwady said she expected to spend most of her time and effort on reducing that life expectancy gap.

Chicago is “making good progress” in the effort to stop COVID-19 from spreading, with the test positivity rate dropping to 4.9% on Tuesday from 5.6% seven days ago, based on a rolling average, Arwady said during an online question-and-answer session.

There is now an average of 458 confirmed cases of COVID-19 per day in Chicago, based on a seven-day rolling average. That’s down 17% in a week, according to city data.

Approximately 54% of all Chicagoans ages 18 or older have gotten at least one dose of the COVID-19 vaccine, according to city data.

The city’s population is approximately one-third white, one-third Black and one-third Latino, according to census figures.

That could be contributing to an increase of COVID-19 cases among Chicagoans in their 80s, Arwady said, adding that jump “worries me a little bit,” coming at a time when cases are dropping among 18- to 49-year-old Chicagoans.