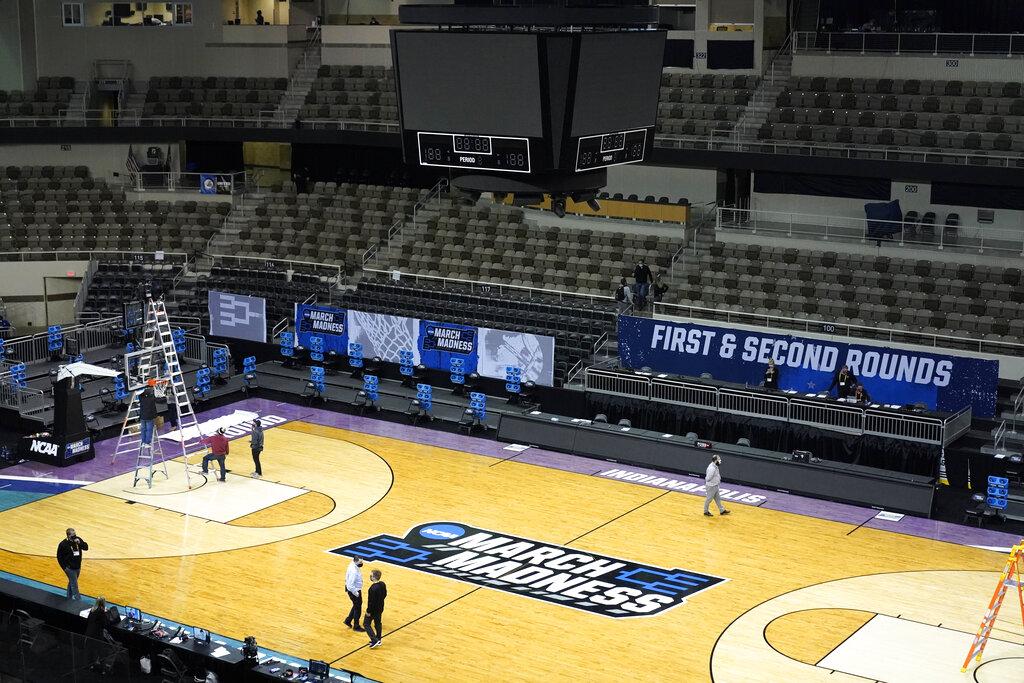 If you didn’t pay attention to college basketball until the NCAA Tournament, the good news is you didn’t miss much. The regular season was a revolving door, the schedule and sometimes even the final score determined by which players and teams were entering the sport’s COVID-19 protocols and which were coming out.

Besides, Day 2 of the tournament was just like that.

Oregon beat Virginia Commonwealth 1-0 — technically scored a “no-contest” — and advances to meet Iowa because because multiple players on the VCU side tested positive. Their rotten luck. One-fifth of the 2020-21 season got wiped out due to the pandemic, and the coronavirus reminded everyone it doesn’t make exceptions just because all the players now have new blue patches affixed to their tournament uniforms reading “NCAA.”

“It just stinks,” said VCU coach Mike Rhoades, whose team was notified at their pregame meal and went straight into quarantine. “There’s no way I can sugarcoat it.”

Defending champion Virginia, dealing with COVID-19-related issues of its own, had most of its roster in quarantine until Thursday, didn’t arrive in Indiana until Friday and then promptly got bounced out by 13th-seeded Ohio 62-58. But that was only the second-biggest upset Saturday.

“I was visualizing the free throws going in before I shot them,” Pleasant said afterward. “I was just trying to key in on the rim, just lock in and block out the noise.”

UCLA, which entered the main bracket as a No. 11 after a First Four win over Michigan State, overpowered sixth-seeded BYU 73-62 in the day’s only other upset. Otherwise, it was all chalk.

Virginia coach Tony Bennett had an alibi handy for why he didn’t make that list, but he declined to reach for it.

“I don’t know if it would have mattered if it was a normal prep or not,” he said. The loss marked the second time in the Cavaliers’ last three NCAA Tournament appearances — this time as a No. 4 — that they’ve lost to a double-digit seed in the first round.

“I’m grateful we got the chance,” Bennett added. “You can’t go back and change anything. I thought our guys were as ready as they can given the circumstances.”

Yet not everyone in the same situation had the same result. When No. 3 Kansas started to slow, trailing 11th-seeded Eastern Washington 46-38 at intermission, coach Bill Self had good reason to wonder how much firepower he had left.

The Jayhawks bowed out of the Big 12 Tournament after a positive test last week and like Virginia, barely made the Indiana state line in time to claim their bracket spot. Forward Jalen Wilson remains in the protocols and 6-foot-10-center David McCormack was cleared to return only Friday. He hadn’t practiced in 10 days, didn’t start against EWU and after a tiring few minutes in the first half, McCormack using up all five of his fouls before he ran out of gas was the most Self admitted thinking that he could expect.

Instead, McCormack staked out a spot in the heart of an Eagles’ defense stretched thin by the Jayhawks’ timely perimeter shooting and scored a game-high 22 points as Kansas pulled away.