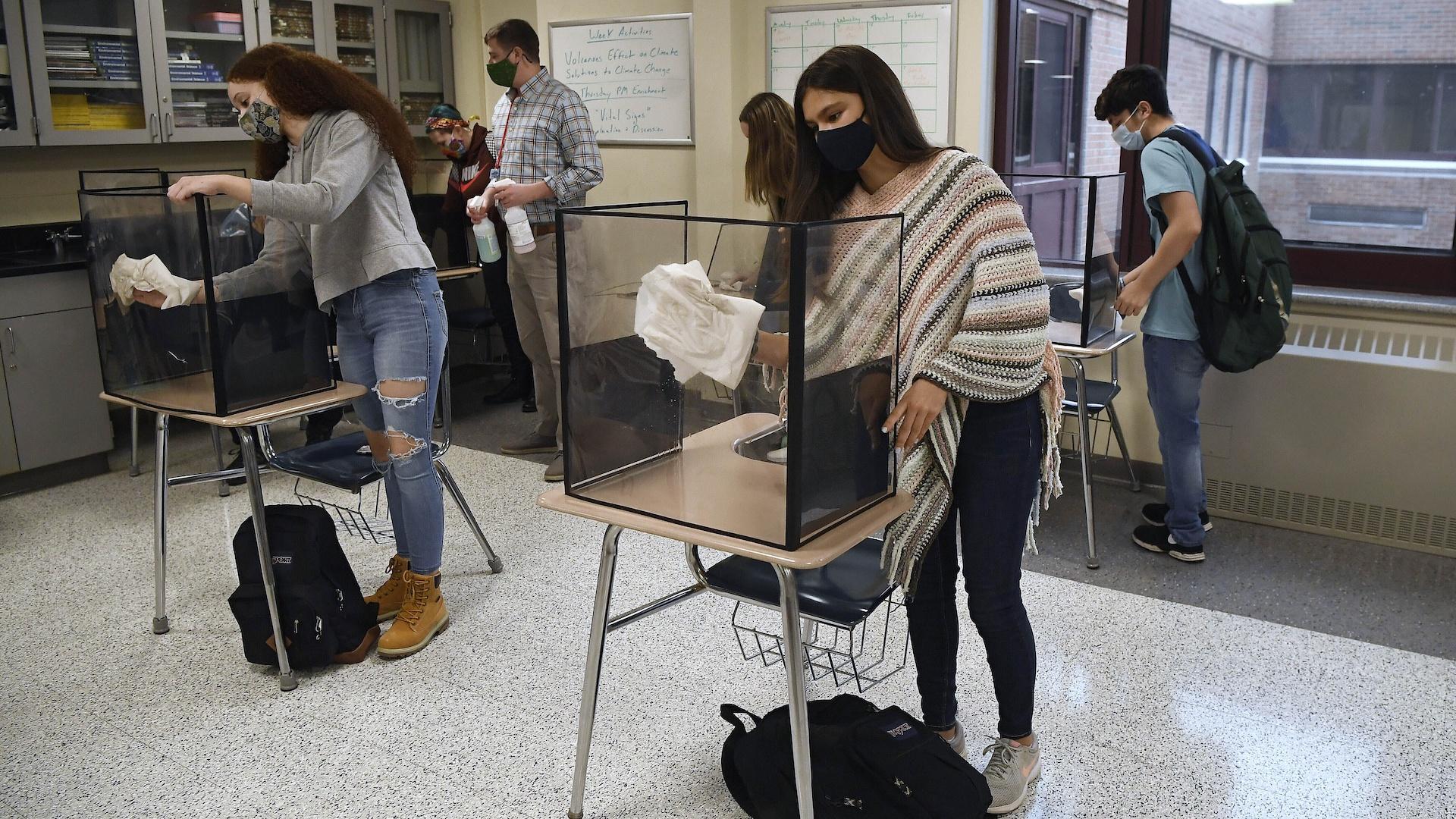 NEW YORK (AP) — Students can safely sit just 3 feet apart in the classroom as long as they wear masks but should be kept the usual 6 feet away from one another at sporting events, assemblies, lunch or chorus practice, the Centers for Disease Control and Prevention said Friday in relaxing its COVID-19 guidelines.

The revised recommendations represent a turn away from the 6-foot standard that has sharply limited how many students some schools can accommodate. Some places have had to remove desks, stagger scheduling and take other steps to keep children apart.

Three feet “gives school districts greater flexibility to have more students in for a prolonged period of time,” said Kevin Quinn, director of maintenance and facilities at Mundelein High School in suburban Chicago.

In recent months, schools in some states have been disregarding the CDC guidelines, using 3 feet as their standard. Studies of what happened in some of them helped sway the agency, said Greta Massetti, who leads the CDC's community interventions task force.

While there is evidence of improved mental health and other benefits from in-person schooling, “we don't really have the evidence that 6 feet is required in order to maintain low spread,” she said.

Also, younger children are less likely to get seriously ill from the coronavirus and don't seem to spread it as much as adults do, and "that allows us that confidence that that 3 feet of physical distance is safe,” Massetti said.

— Removes recommendations for plastic shields or other barriers between desks. “We don't have a lot of evidence of their effectiveness” in preventing transmission, Massetti said.

— Advises at least 3 feet of space between desks in elementary schools, even in towns and cities where community spread is high, so long as students and teachers wear masks and take other precautions.

— Says spacing can also be 3 feet in middle and high schools, so long as there is not a high level of spread in the community. If there is, spacing should be at least 6 feet.

The CDC said 6 feet should still be maintained in common areas, such as school lobbies, and when masks can't be worn, such as when eating.

Also, students should be kept 6 feet apart in situations where there are a lot of people talking, cheering or singing, all of which can expel droplets containing the coronavirus. That includes chorus practice, assemblies and sports events.

Teachers and other adults should continue to stay 6 feet from one another and from students, the CDC said.

“Safe in-person instruction gives our kids access to critical social and mental health services that prepare them for the future, in addition to the education they need to succeed," she said in a statement.

Last year, the CDC advised that one way for schools to operate safely was by keeping children 6 feet apart, the same standard applied to workplaces and other settings.

In contrast, the World Health Organization suggested 1 meter — a little over 3 feet — was sufficient in schools. The American Academy of Pediatrics says desks should be 3 feet apart and “ideally” 6 feet.

The CDC guidance was problematic for many schools that traditionally had 25, 30 or more children per classroom in closely grouped desks. Some schools adopted complicated scheduling that might, for example, have half a class come to school on some days and the other half on other days.

The Ridley School District in suburban Philadelphia took steps like that to follow the 6-foot guideline after the CDC emphasized it last summer. But neighboring communities went with 3 feet, “and we're not seeing the data really reflect a different spread rate,” said Lee Ann Wentzel, the district's superintendent.

The district had already decided to shift to 3-foot distancing starting next month and invite all students to attend five days a week. But Wentzel said she was glad to hear of the change in CDC guidance because that will make it easier to explain and defend the district's decision.

A recent study in Massachusetts looked at infections of students and staff members in schools that used the 3-foot standard and those that used the 6-foot one. It found no significant difference in infection rates.

Massetti said other research has also been influential, including two studies the CDC released Friday.

One was a study in Utah that found low coronavirus transmission rates among students who did a good job wearing masks and whose desks were only 3 feet apart. The other study, done in Missouri, pointed to a similar conclusion, Massetti said.

The guidance change comes at a time when new, more contagious variants of the coronavirus are increasingly spreading. That means a continued emphasis on mask wearing and other such measures, Massetti said. 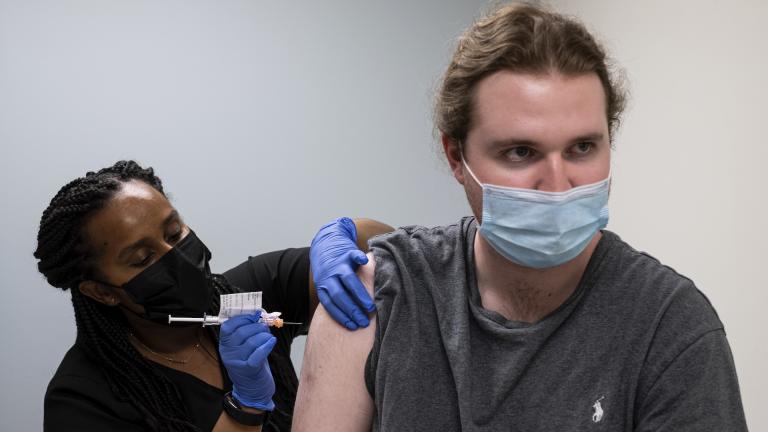 Tweaked COVID-19 Vaccines in Testing Aim to Fend Off Variants 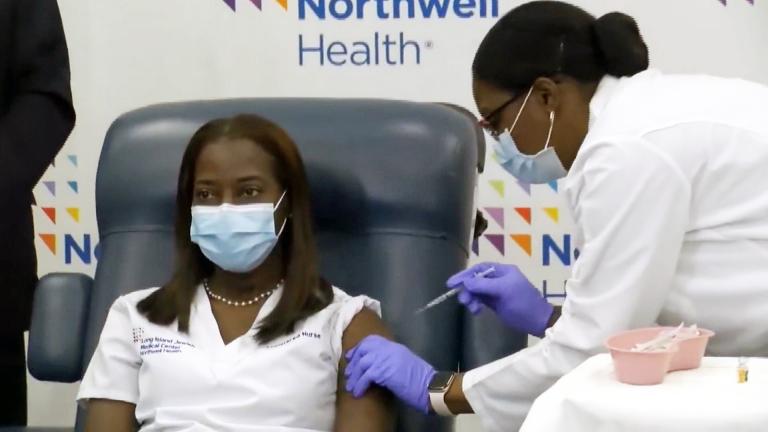