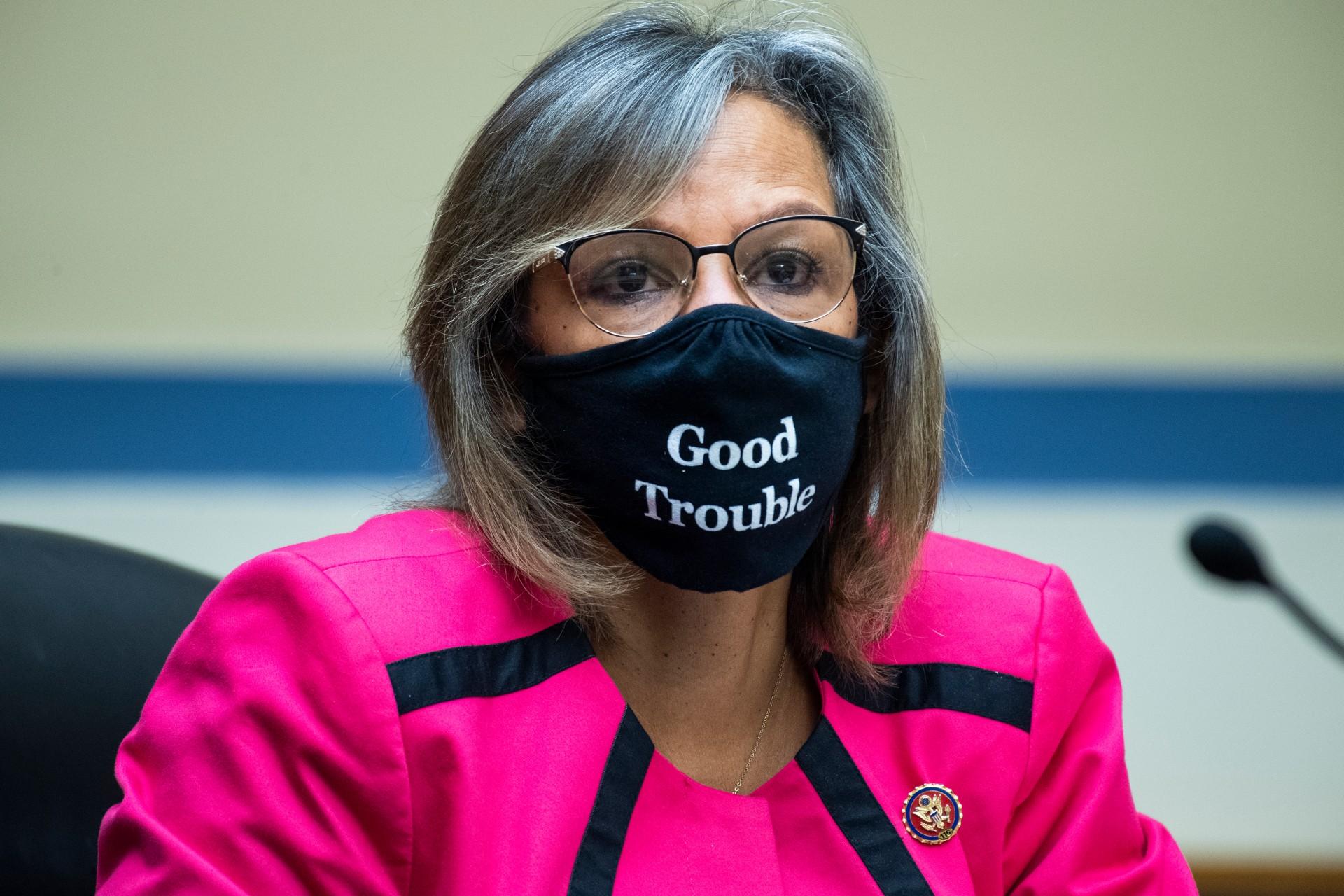 In this Aug. 24, 2020, file photo, Rep. Robin Kelly, D-Ill., listens during a House Oversight and Reform Committee hearing on the Postal Service on Capitol Hill in Washington. (Tom Williams / Pool via AP, File)

WASHINGTON (AP) — Labor and delivery are thought of as the riskiest times for new mothers, but many women die in the weeks and months after giving birth. Now a provision in the COVID-19 relief bill could help change that.

The legislation gives states the option of extending Medicaid coverage to women with low to modest incomes for a full year after childbirth. States are currently required to provide 60 days of coverage, but medical experts point to research showing that women can die from pregnancy-related conditions up to a year after giving birth, and that 3 in 5 of all such deaths are preventable.

The maternal health provisions would make it easier for states to cover new mothers for a full year by cutting the time and paperwork needed to obtain approval from Washington under Medicaid, as well as the Children’s Health Insurance Program. Maternal health advisory groups in 19 states, from Texas to Massachusetts, and Washington to Tennessee, have recommended such an extension. Last year a bipartisan bill to do so cleared the House but failed to advance in the Senate.

The legislation has been shepherded by Rep. Robin Kelly, D-Ill., who serves on the House committee that oversees Medicaid, the federal-state program covering about 1 in 5 Americans, from many newborns, to low-income adults and frail nursing home residents. Kelly explained that a constituent brought the problem to her attention several years ago.

“I never realized that maternal mortality was such a big issue in this country,” said Kelly, who represents Chicago.

It’s particularly serious for Black women, whose pregnancy-related death rate is three times that of white women. “For Black women, it cuts across socio-economic levels,” said Kelly, who is Black. “It’s a health equity issue.”

A congressional commission known as MACPAC, which advises lawmakers on Medicaid policy, is recommending that Congress go beyond what’s in the legislation. The commission recently voted to urge lawmakers that a full year of coverage be standard in every state, and that the federal government pay the entire cost.

Medicaid is able to play a key role because the program already pays for about 4 out of 10 births, said Hannah Katch of the Center for Budget and Policy Priorities.

But American women are now far more likely to die from complications related to pregnancy and childbirth than women in 10 other economically advanced countries, according to a recent Commonwealth Fund study. Countries compared included Canada, Germany, Australia and the United Kingdom. Lack of post-partum care in the U.S. was seen as a part of the problem.

About 700 U.S. women die annually because of pregnancy-related problems, and a little over half of those deaths happen sometime after the woman has given birth, according to data from the Centers for Disease Control and Prevention. Nearly 12% of maternal deaths occur 43 to 365 days after delivery. Surprisingly, heart conditions are responsible for more than one-third of the deaths.

“There are many issues that don’t necessarily show up immediately, either during pregnancy or childbirth,” said Dr. Veronica Pimentel, a Hartford, Connecticut, obstetrician who specializes in caring for high-risk patients. “It has to do with underlying conditions that women may have, including obesity and older age.” A full year of Medicaid coverage would promote continuity of care, allowing new mothers to keep seeing the doctors who guided them through pregnancy, she added.

Medical groups are hoping to see a strong response from states.

“This new pathway is much less burdensome for states,” said Emily Eckert, a health policy expert with the American College of Obstetricians and Gynecologists. “Some of the hurdles we’ve been hearing about from advocates on the ground are going to be washed away.”

The extension provided by the COVID-19 bill would be available starting next year. But then it would expire after five years unless Congress reapproves it or makes it permanent.

Some Republicans who disdain the $1.9 trillion coronavirus relief package say they would like to see the maternal health provisions made permanent.

“We must strive to improve maternal health outcomes and reduce maternal mortality,” said Rep. Michael Burgess, R-Texas, who cosponsored legislation with Kelly, the Chicago Democrat, in the last Congress. “If you’re going to spend all this money, spend it on the right policies.”

Kelly says she has no problem with that. “So many of these deaths are preventable, so we need to do all the things that we can do,” she said.