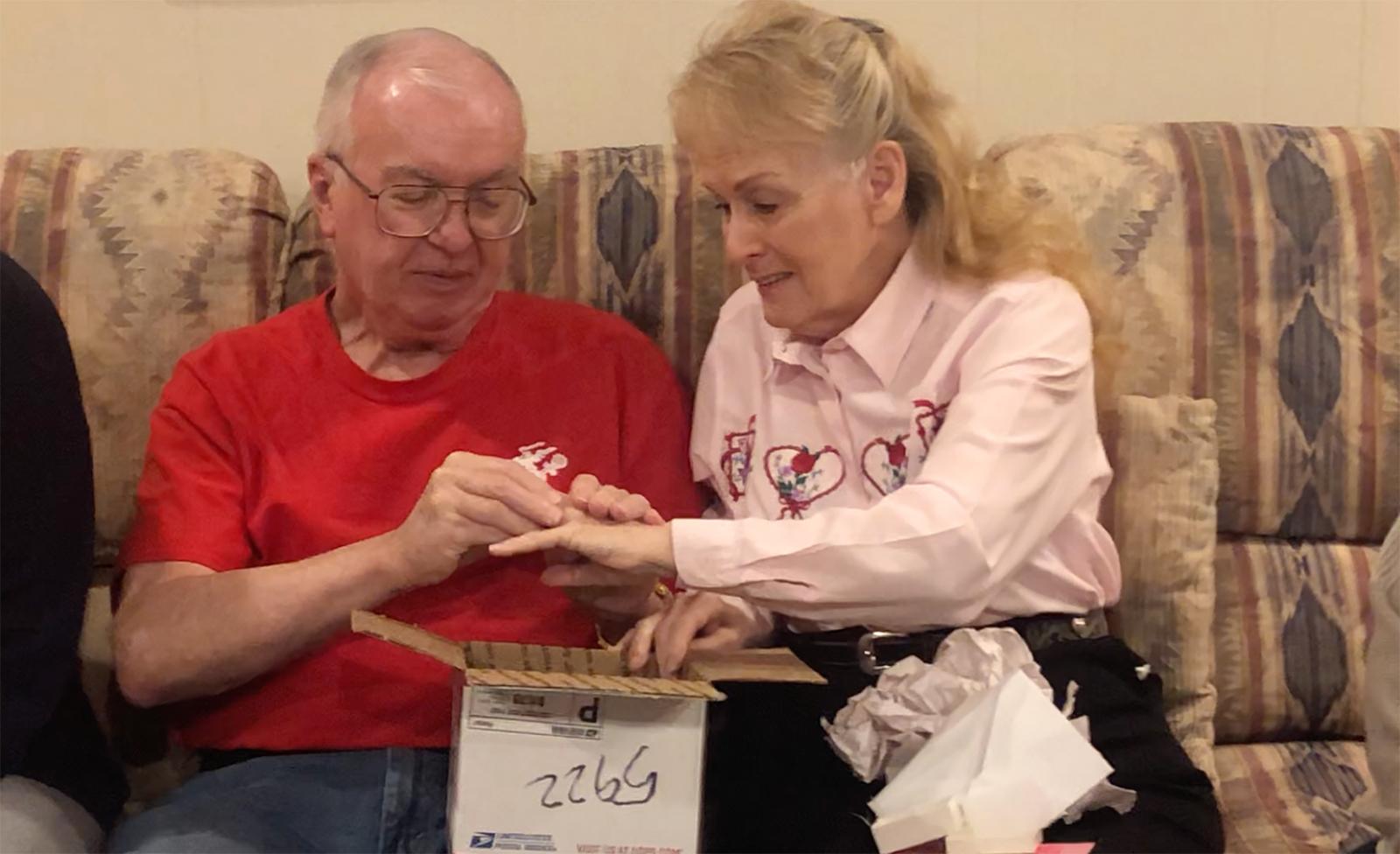 (CNN) — A Chicago woman who lost her wedding band nearly 50 years ago was reunited with the ring just in time for Valentine’s Day.

Karen Autenrieth and her husband Robert, surrounded by their children and grandchildren on Valentine’s Day, opened the package holding the long lost ring.

In a video taken by their daughter Michele, Robert Autenrieth is seen sliding the ring — which he had given his wife on their wedding day nearly 55 years ago — on her finger before he kisses her.

“Happy, very happy,” Karen said when asked how she felt. “It’s like I can’t believe it. It’s amazing.”

The improbable story began during the winter of 1973, when Karen lost her wedding band at her grandmother’s house in Chicago. It’s a memory she clearly recalls decades later.

“It was very cold and the snow plows had plowed the snow up onto the curbs,” Karen told the Chicago Tribune. “I had parked my car in front of my grandmother’s house and I was climbing over mounds of snow, helping each kid get into the car. My hands were cold — I didn’t have mittens on — and my ring just flew into the snow.”

Despite her best efforts, Karen said she was unable to find the gold ring — which had “RA to K.B. 4-16-66” engraved on it in honor of the day she and her husband married.

She was disappointed but accepted that she might never see the ring again.

The universe had other plans

In February, a Chicago man who lost his own wedding ring posted on Facebook asking if anyone had found it.

In the comments section, Sarah Batka, a woman who lives in Autenrieth’s grandparents’ former Chicago home, said she had discovered a wedding ring “six to eight years ago” while she was gardening. It wasn’t the man’s ring, but it sparked a hunt for the rightful owner.

After being tagged in the post, two historians — Carol Flynn and Linda Lamberty — set off to solve the mystery. The historians work at the Ridge Historical Society, which is dedicated to “preserving and interpreting” the history of Chicago neighborhoods.

Flynn and Lamberty used government records, newspaper archives and genealogy sites to retrace the origin of the ring, Flynn wrote in a Facebook post.

Within days, they had a lead.

They discovered that a woman — Karen Autenrieth — had grandparents who once lived in Batka’s home and now resides in San Antonio, Texas. They thought that she was the possible owner of the ring. 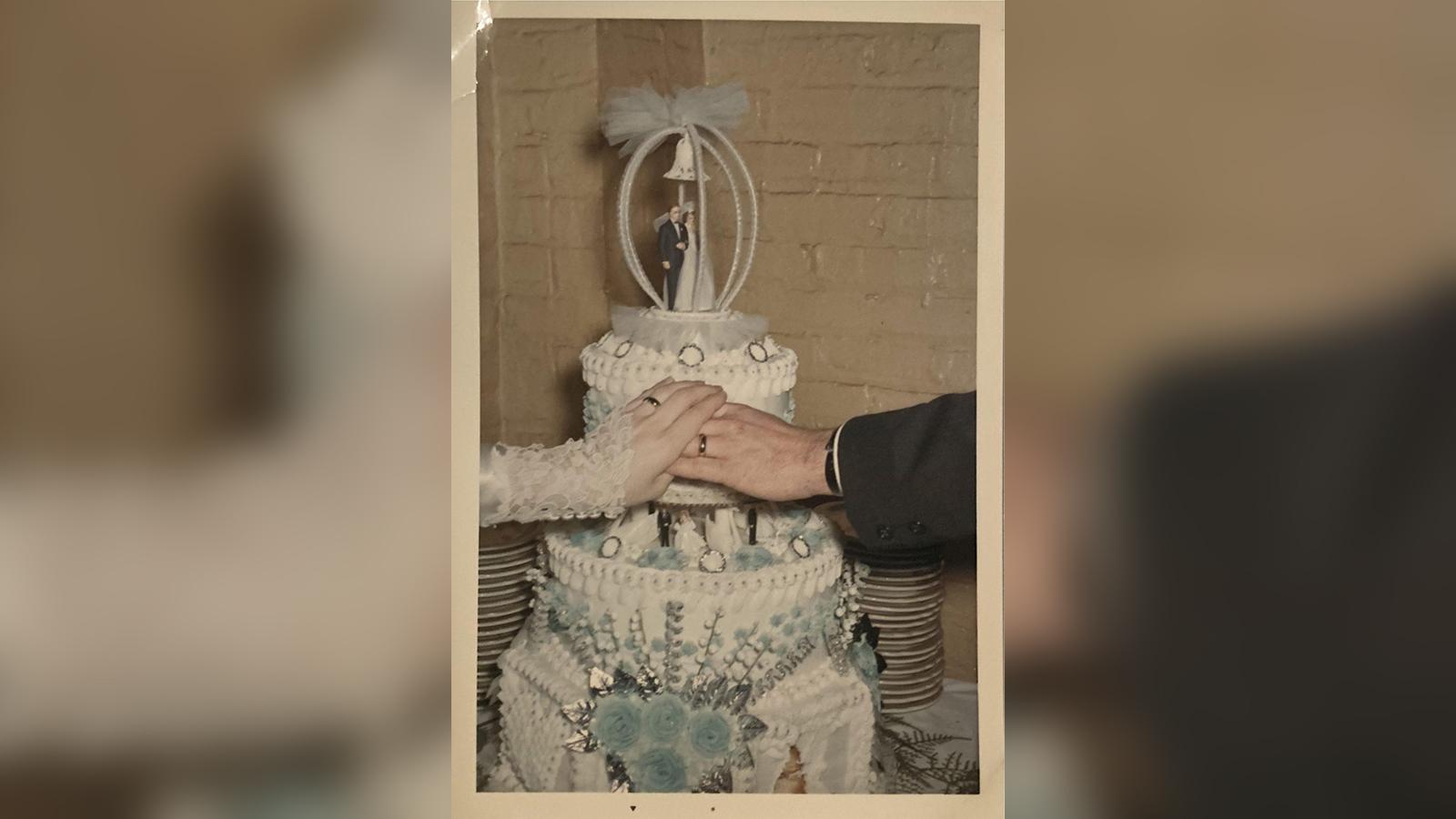 Robert and Karen Autenrieth on their wedding day on April 16, 1966. (Courtesy Autenrieth family)

“The woman was on Facebook, and around 2:30 a.m., I sent an enthusiastic if somewhat disjointed message to her. Was this ring by chance hers?” Flynn wrote in the post.

“She replied later Monday morning — it was hers! She lost it 50 years ago in the snow at her grandmother’s house! She was amazed that it had been found all these years later. We got together by phone and had a teary-eyed conversation,” Flynn wrote.

After connecting, Flynn mailed the ring to Autenrieth, who held onto the package to open it on Valentine’s Day with her husband.

“I went, ‘Holy Mary, I can’t believe it,’” Karen told the Chicago Tribune. “Our 55th anniversary will be April 16. And to think we’ll be getting the ring back after almost 50 years.” 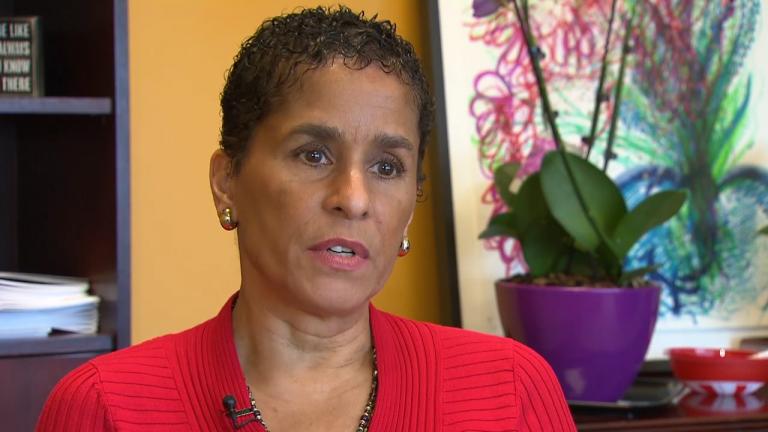