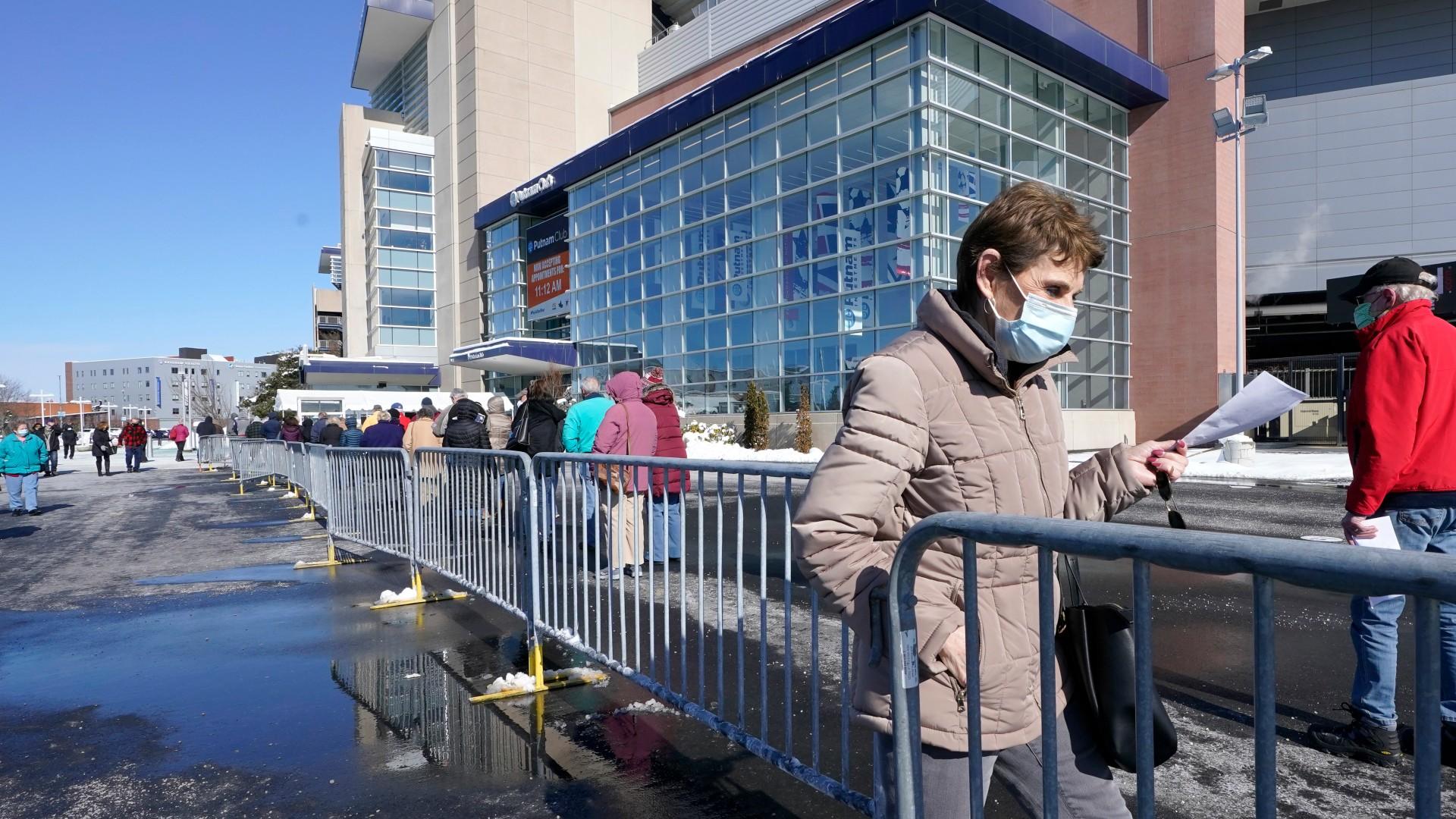 The drive to vaccinate Americans against the coronavirus is gaining speed and newly recorded cases have fallen to their lowest level in three months, but authorities worry that raucous Super Bowl celebrations could fuel new outbreaks.

More than 4 million more vaccinations were reported over the weekend, a significantly faster clip than in previous days, according to the Centers for Disease Control and Prevention.

Nearly one in 10 Americans have now received at least one shot. But just 2.9% of the U.S. population has been fully vaccinated, a long way from the 70% or more that experts say must be inoculated to conquer the outbreak.

Newly confirmed infections have declined to an average of 117,000 a day, the lowest point since early November. That is a steep drop from the peak of nearly 250,000 a day in early January.

The number of Americans in the hospital with COVID-19 has also fallen sharply to about 81,000, down from more than 130,000 last month.

Health officials say the decline in hospitalizations and new cases most likely reflects an easing of the surge that was fueled by holiday gatherings, and perhaps better adherence to safety precautions.

The drop-off in new cases comes as fewer tests for the virus are being reported. But experts say the decline in cases is real. It is more pronounced than the apparent slowdown in testing, and it is accompanied by other encouraging signs.

“We are seeing a real decline because it’s been sustained over time and it’s correlated with decreasing hospitalizations,” said Dr. Amesh Adalja, an infectious disease specialist at Johns Hopkins University. “That tells you that there does seem to be something afoot.”

The question, he said, is whether the lower numbers can be sustained as new variants of the virus take hold in the United States. President Joe Biden has announced plans to spend billions to increase rapid testing by the summer.

Federal officials are warning states not to relax restrictions on dining out and other social activities.

“We have yet to control this pandemic,” Dr. Rochelle Walensky, head of the CDC, said Monday.

The sight of fans, many without masks, celebrating the Super Bowl in the streets, in sports bars and at game-watching parties has sparked worries of new outbreaks.

“This isn’t how we should be celebrating the Super Bowl,” the mayor of St. Petersburg, Florida, Rick Kriseman, tweeted after a maskless party was hosted by Rapper Curtis “50 Cent” Jackson in a hangar at the city’s airport, not far from where the Tampa Bay Buccaneers won the title.

“It’s not safe or smart. It’s stupid. We’re going to take a very close look at this, and it may end up costing someone a lot more than 50 cent.”

Police in Charleston, South Carolina, issued citations to nearly 50 people for not wearing masks in public during Sunday’s game.

“It was outdoors, and felt like it was going to be pretty chill,” said Medina, who spent most of the past year in isolation with a roommate who hates sports. He enjoyed the escape but decided to leave after a while.

“More people started showing up later, and it felt like the more people drank, the more they started getting sloppy about masks and keeping their distance,” he said.