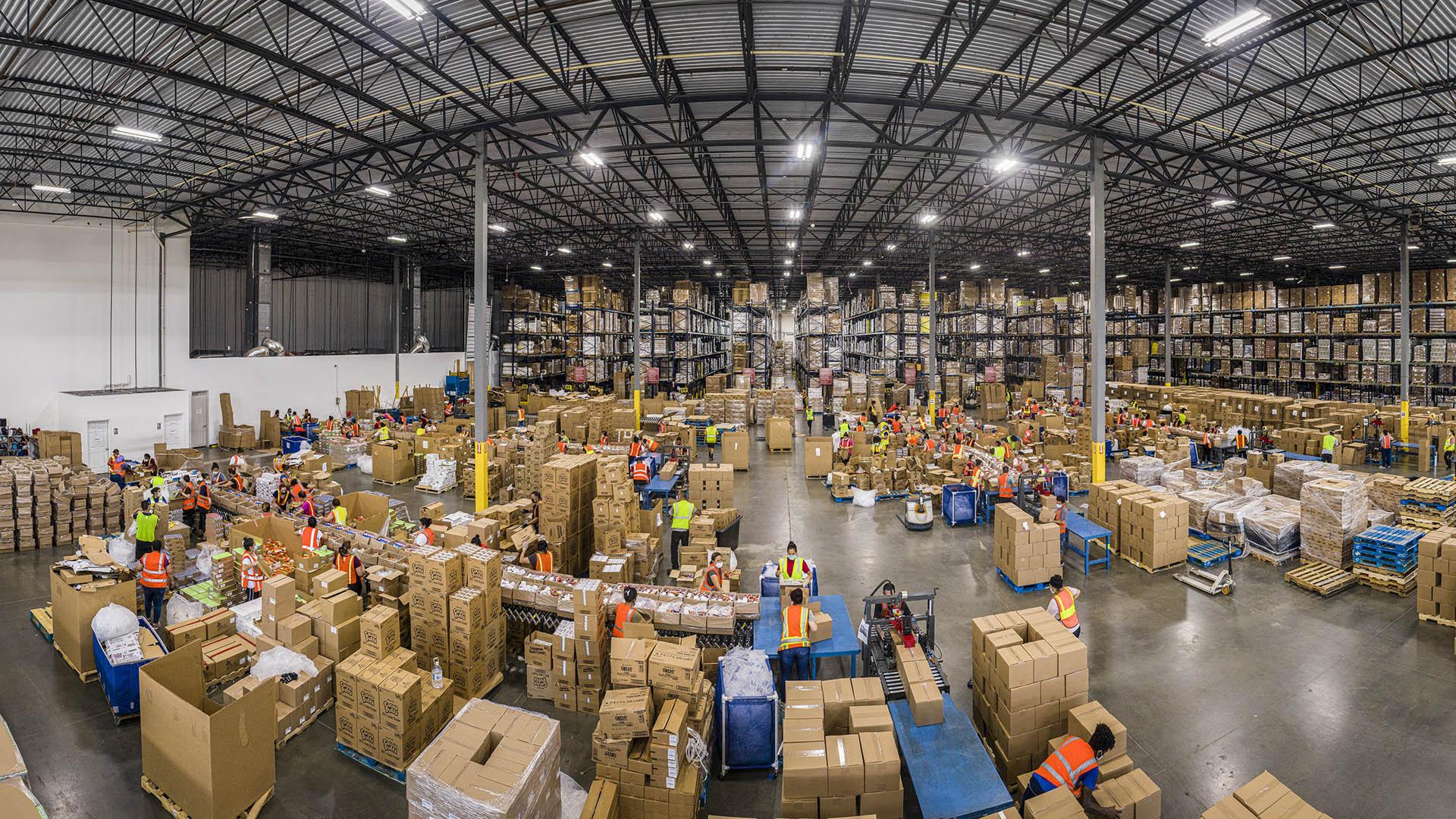 When Gov. J.B. Pritzker issued a stay-at-home order in March 2020, closing nonessential businesses and encouraging people to work from home, Little Village resident Estrella Hernandez continued to report to her temporary job at a west suburban warehouse that creates personalized gifts and clothing like T-shirts and pants.

“The way the work was set up it’s impossible to have social distance,” Hernandez, who speaks Spanish, told WTTW News through a translator during a recent interview. “People are basically on top of each other doing the work and what really matters to the company is getting the products out.”

While the company provided face masks and disinfectant to workers, Hernandez said it seemed like her employer was just “going through the motions” when it came to workplace safety and COVID-19 precautions.

“What would happen is that we would talk to our line leader and say, ‘Hey, we’re being bunched together too much. There’s no way we’re not going to get sick,’” she said. “(Their) answer was, ‘if you don’t like it, you can go home.’ I was very nervous and concerned because I have a son who has asthma and I have elderly parents that live with me.”

According to a new report, Hernandez’s concerns were common among dozens of people hired to work in food manufacturing, distribution and logistics facilities in the Chicago area.

Of the 90 workers surveyed for “The COVID Jungle: Chicagoland’s Food Workers and the Need for Vaccination Priority” — the majority of them temporary workers like Hernandez — 85% said their employer didn’t respond to workers’ complaints, retaliated against those who spoke up with concerns about their employers’ handling of COVID-19, or took action that didn’t improve the situation.

After expressing her concerns in April, Hernandez said she was told not to return. “As a temp worker, we’re seen as disposable,” she said.

That sentiment was sprinkled throughout “The COVID Jungle.”

“These workers can’t work from home. These are workers who make it possible for everyone to work from home and get everyone else the products they need,” said Tommy Carden, one of the report’s coauthors who works as a food supply chain organizer for Warehouse Workers for Justice.

In Illinois, there are more than 680,000 temp workers, of which 85% are people of color, according to Carden.

Many temporary workers do not receive hazard pay or sick pay, and if they must isolate themselves due to COVID-19 exposure, they often do so without pay, Carden said.

The report’s findings back that up: 96% of those surveyed for “The COVID Jungle” said they weren’t currently receiving hazard pay, while 61% said their employer would not pay them if they were sick or forced to quarantine.

“A lot of these workers are living paycheck to paycheck,” Carden said, which makes it especially difficult when workers who quarantine themselves — for their own safety and the safety of others — don’t get any paid time off. “It’s really putting workers between a rock and a hard place,” he said.

It’s also a contributing factor to outbreaks in factories, he added.

Since July 1, there have been 180 reported outbreaks of COVID-19 at factories and manufacturers, warehouse and distribution centers and food production facilities across the state, according to Illinois Department of Public Health data. A majority of the workers who participated in the report — 65% — said they had either contracted COVID-19 themselves or knew someone at work who did, including some who died as a result of the virus.

“People started disappearing and rumors spread that so-and-so couldn’t come because they got COVID,” she said. “Then you’d hear three people got sick (in one area). … But we weren’t told anything by the company. We weren’t even told people were sick, we’d hear from coworkers.” 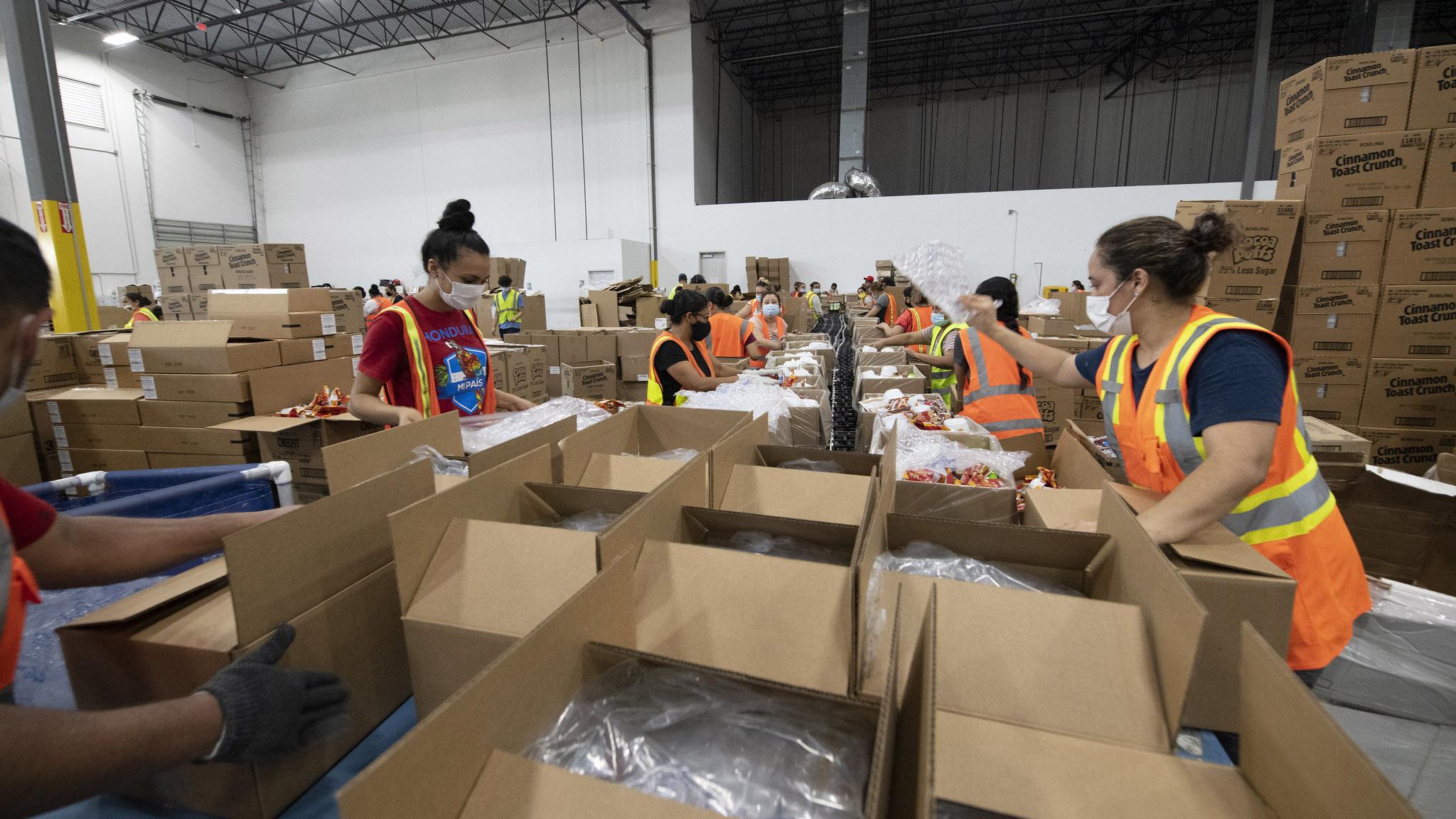 Illinois Manufacturers’ Association President and CEO Mark Denzler, whose organization represents more than 4,000 manufacturers in the state, said companies are screening workers for COVID-19 and encouraging them to stay home if they’re sick.

“They don’t want those individuals coming to work and risk spreading the virus,” Denzler said. “I can tell you from my members that use temp workers … they tell temp agencies to make sure employees are not sick and encourage them to stay home if they are because they are employees of the temp agency, not the manufacturers.”

Carden says temp workers’ employment status allows companies to “point a finger at each other … and shift responsibility. That’s a big problem. These workers are absolutely essential but these companies treat them as if they’re disposable.”

“First and foremost, manufacturers are concerned about the safety of employees, customers, vendors and (their) communities,” he said. “We encourage any employee who feels unsafe in an environment to let management know.”

“An employer can issue guidance and do its best to ensure people comply, but at the same time some employees don’t comply,” he said.

Communication is key, according to Denzler. “You have to have good communication and relationships with your employees. If there are bad actors out there, whether in manufacturing or retail or restaurants – whatever it is – there’s no excuse for bad actors not following the safety guidance,” he said. “We don’t excuse anyone that’s not following the guidance and proper protocols.”

However, the CDPH Essential Worker Survey for employers states that temp and contract workers must be included in a company’s total headcount.

“We think it’s important that temp workers are recognized by name specifically in 1B to dispel any confusion, so that they know they are included in manufacturing and warehousing. I think it’s important for health departments to clearly communicate that,” Carden said. “If you’re telling people to get vaccinated (but) you don’t make it possible to do that with paid time off, workers have to choose between vaccine and a paycheck. That’s not really a choice, either.”

According to Denzler, the majority of IMA member companies are “bending over backward” to make sure workers get vaccinated, including by providing employees with a day or two of paid time off, or offering cash payments to encourage people to get the vaccine.

But you can’t make someone get vaccinated, he says.

Some companies are even working with local health departments to vaccinate their workers on site, either by partnering with local pharmacies to administer vaccines over the course of a few days or by registering with the state to become vaccinators themselves, Denzler said.

That’s a sticking point for the authors of “The COVID Jungle.” They want workers like Hernandez to be prioritized for the vaccine, but don’t think it’s a good idea for the companies themselves to be in charge of administering doses.

“It comes down to a trust issue. As we said a lot of workers who have been denied hazard pay or quarantine pay, or have been retaliated against by their employers during COVID, we think if employers are in charge of vaccinations, we don’t think it’ll be trusted by workers,” Carden said. “We don’t think workers would trust that process.”

In addition, temp workers and other subcontracted workers may not always report to the same workplace during a typical week, according to the report. That means they may not be present on vaccination day.

The report instead urges state and local health departments to work with organizations like Warehouse Workers for Justice and the Chicago Workers’ Collaborative to coordinate vaccine distribution.

“We have deep relationships built on trust,” Carden said. “Workers of color have many reasons not to trust employers, public health departments and government. … That’s already something that’s going to need to be overcome and addressed and taken into account during vaccine deployment.”