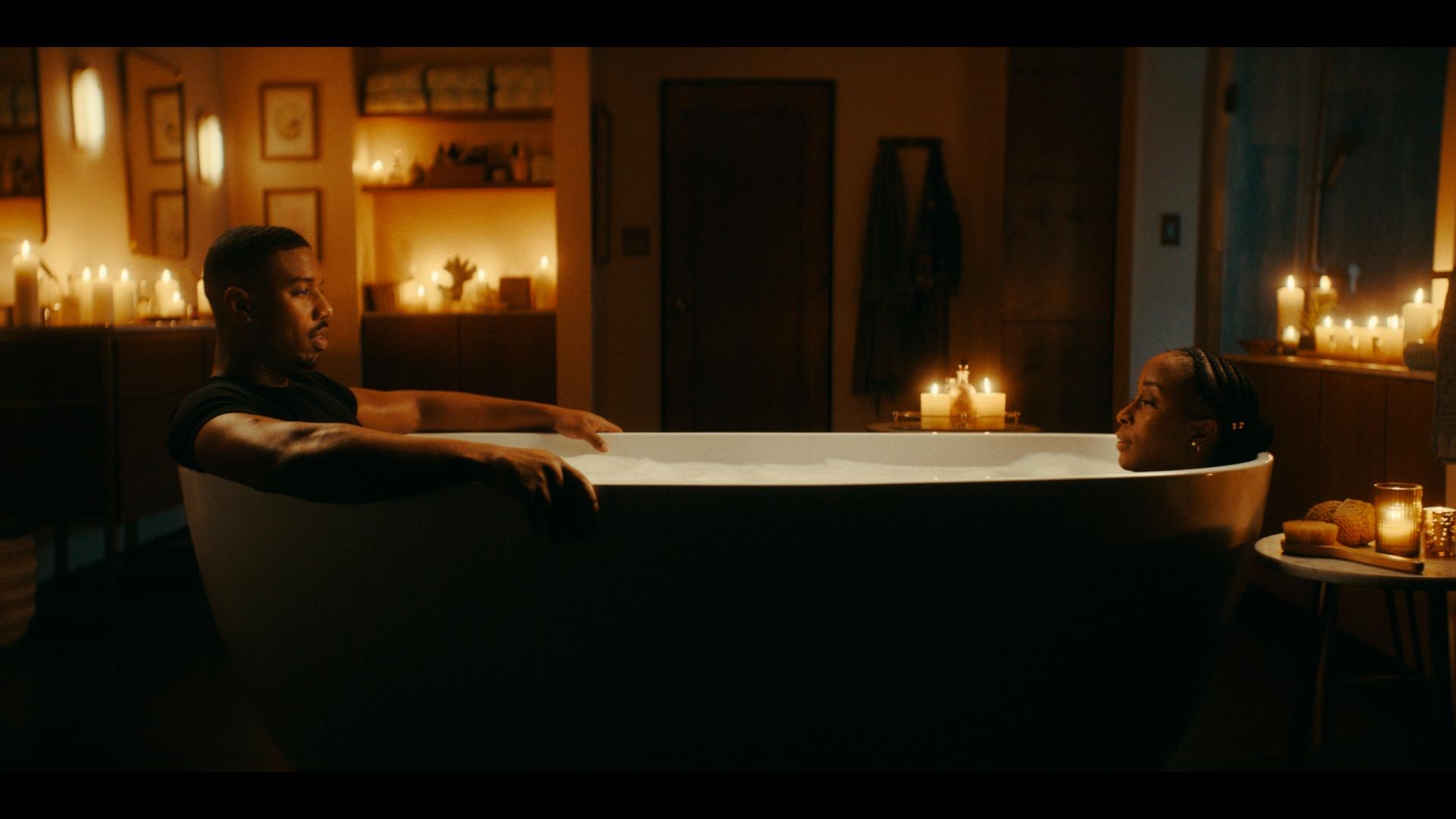 It might not have seemed likely early in the pandemic, but the 55th Super Bowl Sunday is upon us yet again. Each year advertisers pull out all the stops to entertain the crowd of 100 million viewers expected to tune in to the CBS broadcast on Sunday. This year there are more than 20 newcomers as well as old favorites. Amazon shows off a sexy new body for its Alexa assistant, Dan Levy apologizes for eating M&M’s and Bud Light Seltzer Lemonade makes a downpour of lemons a metaphor for 2020’s troubles. And as always, expect some surprises, too.

In an ad ostensibly to tout Amazon’s voice assistant Alexa’s new spherical shape, a woman imagines that her new Alexa has the voice — and body — of actor Michael B. Jordan, who takes off his shirt to dim the lights and read an audio book to her in the tub, all to the chagrin of her hapless husband. It’s one of the only ads to play with sexual innuendo this year.

“It pushes the sexiness, the weirdness, the fantasy element,” said Mark DiMassimo, creative chief of marketing agency DiMassimo Goldstein. “Which is just so culturally right for the moment when people are stuck at home together without a lot of diversion.”

Bud Light introduces its new Seltzer Lemonade with an ad that depicts a downpour of literal lemons in 2020, which ruins weddings, cancels flights, disrupts at-home haircuts, destroys baseball stadium cardboard cutouts — and causes general chaos. It’s a not-so-subtle nod to the plans that were derailed during 2020 and the axiom “When life gives you lemons, make lemonade.”

In another nostalgia-fest, Cadillac revisits the classic 1990 movie “Edward Scissorhands.” The ad portrays Edward’s son Edgar, who has difficulty with his inherited scissor-hands when he deflates a football and severs a bus’s stop cord. Then he tries out the Cadillac Lyriq’s “Hands free super cruise” feature which allows you to drive with little hand contact. Winona Ryder from the original film also revisits her role as Edgar’s mother.

Cheetos “It Wasn’t Me”

Cheetos’ ad shows real life married couple Mila Kunis and Ashton Kutcher wrangling over a bag of Cheetos Crunch Pop Mix — to the tune of Shaggy’s 2000 pop hit “It Wasn’t Me” — with the frayed nerves of a couple who have been stuck inside too long.

There are more than 20 first-time advertisers this year, but most are sticking to nostalgia and celebrities to stand out. Dr. Squatch, a little known direct-to-consumer soap and personal care brand, is one of the few to embrace weird humor to stand out. The tongue-in-cheek ad shows a man walking through the woods espousing why Dr. Squatch’s natural soap is the right choice for the modern man who “opens pickle jars” and “lets his daughter braid his hair.”

When Will Ferrell finds out Norway has more electric vehicles per capita than the U.S., he goes on a madcap journey spanning countries with singer and actress Awkwafina and comedian Kenan Thompson to show that GM’s new battery for electric cars will soon be available for everyone.

In what is surely a first in Super Bowl history, an ad for Inspiration4, a SpaceX supported all-civilian space mission touts a chance for viewers to join the mission. The ad shows shots of the SpaceX astronaut uniform in space to the tune of “Twinkle, Twinkle, Little Star” and is directed by Bryce Dallas Howard.

A bag of M&M’s is the perfect apology for mansplaining, calling someone a “Karen,” having a gender reveal party accident and other contemporary faux pas. Dan Levy of “Schitt’s Creek” apologizes to the M&M anthropomorphic characters that are Super Bowl mainstays and says he promises not to “eat any more of their friends.”

The website building and hosting company enlisted Dolly Parton herself to rewrite the lyrics of her classic ode to the working day, “9 to 5,” to pay tribute to workers who work on their own businesses from “5 to 9” instead.

The food delivery service enlists “Wayne’s World” actors Mike Myers and Dana Carvey — along with singer Cardi B — to promote ordering from local restaurants. It’s one of several commercials that are trying to capitalize on viewer nostalgia.

Although most ads have been revealed in order to try to capture pre-game buzz, there will undoubtedly be some surprises on game day. Jeep, which created the hit “Groundhog’s Day” remake ad starring Bill Murray last year, will be back in the game as well. Online gig marketplace Fiverr, a first-time advertiser, has teased that its ad will feature Four Seasons Total Landscaping, the site of an ill-fated Rudy Giuliani press conference in November.

Another first-time advertiser, DoorDash, is teaming with Sesame Street to promote neighborhood delivery. And E-Trade, famous for the talking baby ads it ran in the Super Bowl from 2008 until they “retired” in 2014, is back in the big game with an undisclosed ad.