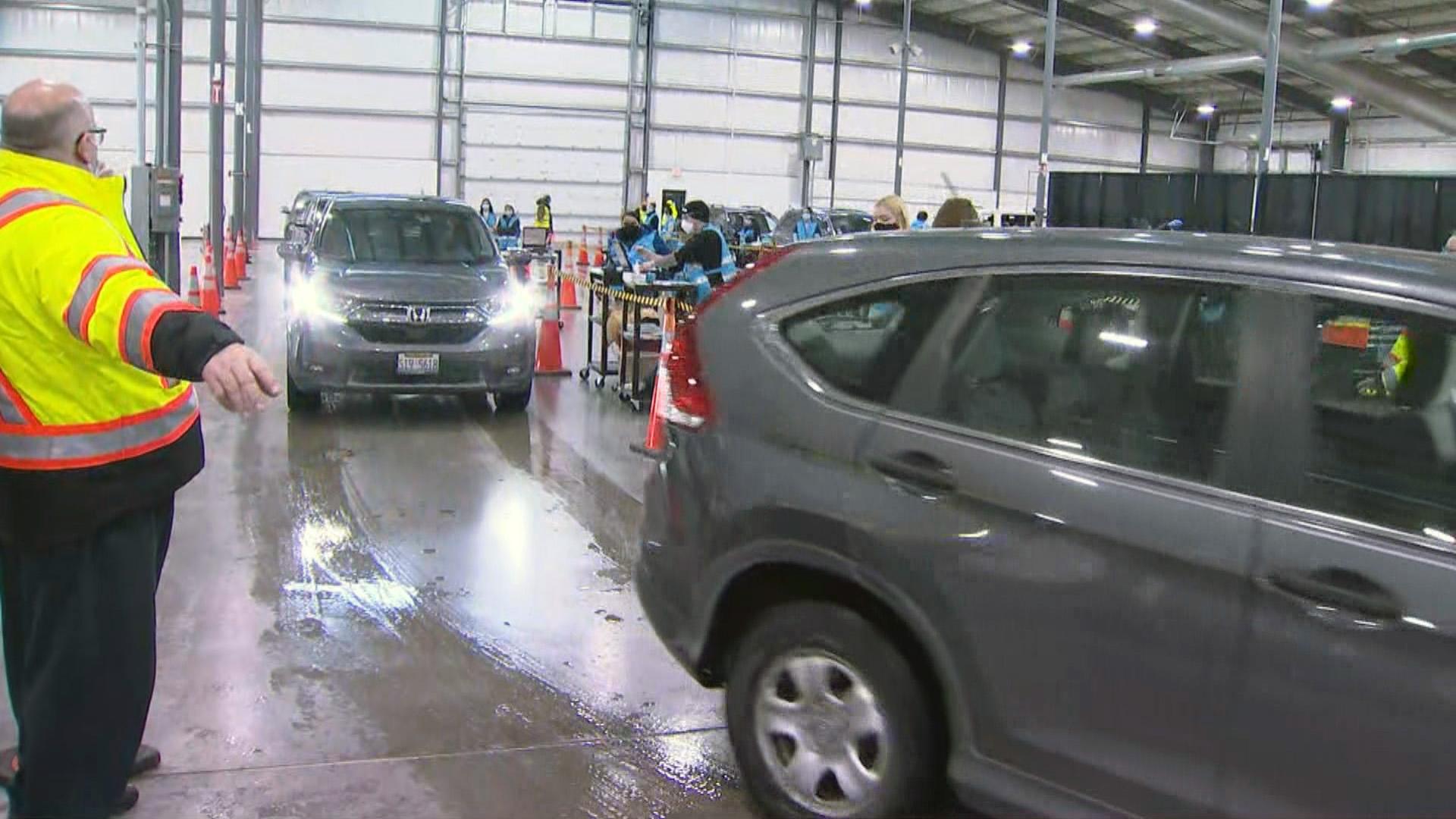 A drive-thru mass vaccination clinic opened Tuesday at the Lake County Fairgrounds to those eligible to receive the COVID-19 vaccine.

Vaccinations will be given by appointment only and initially the site will be open three days a week, according to Gov. J.B. Pritzker, who said the facility will administer 600 vaccinations per day on average.

“The goal is to build that into a seven-day per week operation with expanded hours as supplies grow,” Pritzker said Wednesday in announcing the new site. “I want to remind everyone to be patient, however. … If you’re not able to get a vaccine appointment, it’s because there’s simply not the national supply available to meet the demand.”

On Tuesday, President Joe Biden said the administration was working to buy an additional 100 million doses of each of the two approved coronavirus vaccines, promising a roughly 16% boost in deliveries to states over the next three weeks.

“The new administration is actively working with states to bring a real increase in doses to all residents,” Pritzker said.

The federal government will also provide states with advance notice of how many vaccine doses to expect, making it easier for officials to plan vaccinations, according to Pritzker. Under the Trump administration, officials were informed of vaccine allotments only one to two days before they were received. The Biden administration has committed to providing a minimum number of doses for three weeks at a time, according to the governor. “They tell us and update that number every week,” he added.

On Monday, officials announced a new feature on the state’s coronavirus website that allows eligible residents to find nearby vaccination sites. The site also provides residents with information on how to make an appointment, updates on the state’s vaccination plan and answers to frequently asked questions about the vaccine.

State health officials reported 3,751 new confirmed and probable COVID-19 cases Wednesday and 81 additional deaths. Since the first infection was reported in Illinois just over a year ago, there have been 1,112,181 cases and 18,964 deaths across the state.

As of Tuesday night, 2,931 people were hospitalized with COVID-19, and of those, 591 patients were in intensive care units and 300 were on ventilators, according to the Illinois Department of Public Health.

For information about COVID-19 vaccinations, including how to register for an appointment in Lake County, visit allvax.lakecohealth.org.