When Illinois required businesses to shut down last March because of the coronavirus, hairstylist Davida Hunt, who is self-employed, was left without an income.

“We don’t have an employer that pays into unemployment, so we have no options,” Hunt said. “We were literally told, ‘You’re not going to be able to work,’ but we have no source of income, nothing to fall back on, or anything like that.”

She says the experience left her with a pit in her stomach. Months later she eventually got funds from the Pandemic Unemployment Assistance program — a federal relief program for those gig workers and those who are self-employed.

Thankfully, she says, her husband kept his job. But even still, she was left behind on her bills and worried for others.

“I think of all the single moms who have kids that they had to support during it and they have no source of income, and still had every single bill coming in,” Hunt said. “Bills didn’t see the freeze in pay. You were still supposed to be paying them. I honestly don’t know how a lot of people got through.”

The research showed what he describes as a dramatic increase in poverty in the latter half of 2020.

He said poverty is typically assessed on an annual basis.

“It’s been very uneven,” he said. “And certain groups were disproportionally hurt. Those who don’t have a lot of education – so those with less than a high school education – were particularly hurt, and African Americans were particularly hurt. So I’d say that the impacts have been very uneven across different demographic groups and then even within those different demographic groups depending on people’s wages and their ability to gain access to unemployment benefits.”

For example, the bonus in unemployment benefits ($600 under the first CARES Act and now $300) goes further for low-income residents than those who lost higher-wage jobs.

Jeremy Rosen, director of economic justice at the Shriver Center on Poverty Law, says before the pandemic, unemployment rates were near record lows of 3% or 4%; with the emergence of COVID-19, they climbed close to 10% for many Black and Latino households.

Illinois is among the states with the highest number of unemployment claims in the country.

“And I think that’s really a function of the fact that we have so many people in Chicago and the surrounding areas who work at exactly the type of low-wage jobs that have been most impacted during the pandemic,” Rosen said.

Housekeepers, for example, who lost jobs when quarantining families limited who came in and out of their homes, or restaurant employees who lost work because of limits on dining.

He said the government, unfortunately, hasn’t been “equal to the task of responding.”

At the federal level, there was a huge lapse between the initial CARES Act and the COVID-19 relief bill that followed last month.

And Illinois’ Department of Employment Security is still overwhelmed to the point that it can take months or weeks for people to start getting unemployment checks.

“(IDES) completely failed at its task of getting those benefits to people,” Rosen said. “So Congress and the federal government can authorize benefits for people, but if they can’t apply for and receive those benefits successfully … it doesn’t mean a whole lot for people if they’re not getting the money that they’re actually eligible for.”

Pat Wrona, legal director at CARPLS legal aid, said losing a job is the sort of life event that can lead to a cascade of others “that take one down into debt and poverty. Sometimes it’s a one-time thing, but they never recover from. Sometimes employment has been a way out of poverty and then to lose that job is sliding back into poverty. So unemployment benefits are a real bridge to get you to what we hope will be a brighter spot in the future.”

Wrona says CARPLS doesn’t have any inside track to help people through the IDES delays and problems, but it does have a new tool to help those navigate the process: a chat-bot named Benny (that’s short for benefits).

“Benny takes the user through a logic-tree conversation, if you will, to find out where they’re at in their unemployment journey and along the way gives them helpful tips, lets them know whether they’re on the right path,” Wrona said.

That may lead to connecting with a legal aid attorney, a free service for those under a particular income threshold.

Help (and other chat-bots) for related issued, like debt and foreclosure, are also available via CARPLS’s COVID H.E.L.P. (Housing and Economic Loss Prevention) website.

Meyer is hopeful that poverty rates will decline in light of the recent COVID-19 economic stimulus package, coupled with some of President-elect Joe Biden’s plans to infuse money into the economy — and the wallets of those suffering economically because of the coronavirus. 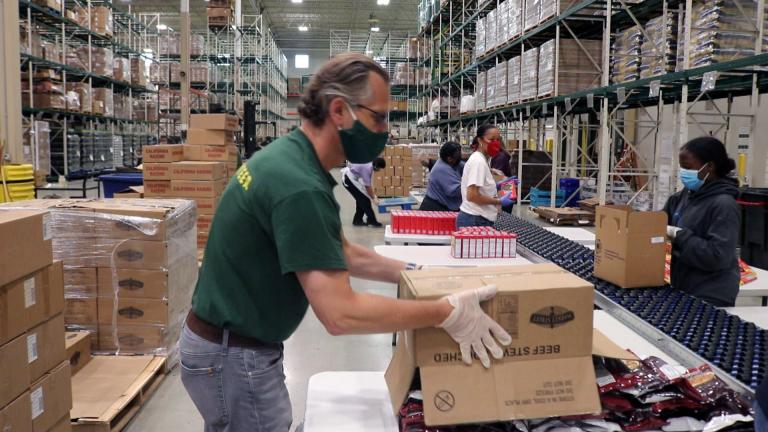 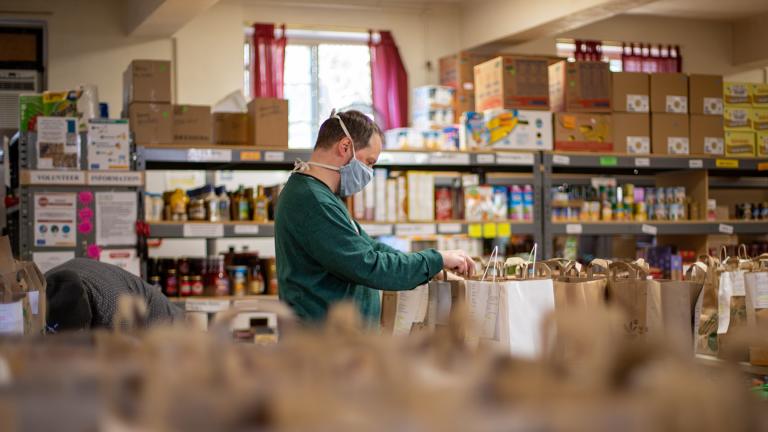