There are those who are clamoring for the coronavirus vaccine, waiting, strategizing and hoping to get a shot in the arm that will likely prevent contracting the virus that has infected nearly 992,000 people in Illinois.

But some of those who have the chance to get the shot aren’t taking it, including employees at various state government-run veterans homes.

According to the latest data made public by the state on Dec. 31, only 18% of the staff at the veterans home in Manteno received the first round of the COVID-19 vaccine. That figure is 32% at the veterans home in Anna, and 28% at the veteran’s facility in LaSalle, where 35 residents died after coronavirus outbreaks — a situation that’s been the source of continued criticism of Gov. J.B. Pritzker’s administration even after he fired the home’s director, Angela Mehlbrech, in December.

The vaccination rate is higher at the veterans home in Quincy, where 220 of 519 employees have so far received the first dose of the COVID-19 vaccine. Administrator Troy Culbertson said “it has been a struggle” to get employees in Quincy to accept the science about the vaccine.

“Truthfully, I think there’s a lot of misinformation out there. There’s a lot of fear. And these are personal decisions that have to be made by each staff person,” Culbertson said. “We have put out information and continue to answer questions from some of our staff about some myths that are out there, and some just concerns that they have. And we share with them that this is an opportunity to do our part with our residents and to get back some type of normalcy.”

The education campaign includes PSA-style videos, and hopes that staff will follow the lead of their peers.

“OMG what are we not doing,” Illinois Department of Veteran’s Affairs spokeswoman Bridget Dooley said of efforts to promote vaccination. “Holy cow – we’ve sent letters, we’re talking about making videos, posting picture … we want to meet people where they are, on Facebook.”

In some cases, medical residents and staff can’t get the vaccine right away. Those who are symptomatic for the virus or who tested positive for COVID-19 are supposed to wait before getting the shot, and those who are on antibiotics, are immunocompromised or who are receiving monoclonal antibody transmissions should not get the vaccine, Dooley and Culbertson said.

Culbertson said Quincy has so far had three vaccination clinics. Now, residents and staff members will receive the vaccine once 10 individuals want it, because there are 10 doses in each vial and he’s careful that none of the doses go to waste.

When that threshold is cleared, the home contacts the local health care department where the vaccine is stored.

“We have to be a very good steward of this vaccine … We’ve been conscientious about how many vials we actually open,” he said. “We have 20 people lined up today, for example. So we were able to obtain another two vials. They’re thawed out – there’s usually a three-hour thaw time, taken from a frozen state to where it’s thawed. And once it’s thawed you can actually hold onto it for 30 days. Once we pierce the vial, you’ve got six hours. So we do not pierce the vial until we have people lined up, ready to roll.”

Culbertson has received the vaccine himself, and has an appointment to get the second dose on Jan. 14.

Culbertson said it may take time for staff to get comfortable with the science; the facility’s vaccination rate for annual flu inoculations is typically around 85%.

“I’m grateful for the opportunity that we have had here to be right on the front end of this,” Culbertson said. “I don’t know that any individual is more worthy than anyone else to receive such an opportunity as this, however … these people – the people that we serve – we’re doubly blessed. Not only are they seniors that are unable to care for themselves … but the backstory of each of these veterans is that they said ‘yes’ to serve us.”

More than a dozen Veterans Assistance Commission superintendents wrote in a public letter that they’ve lost confidence in Chapa LaVia due to how COVID-19 was managed at homes like the one in LaSalle.

“As far as what was not done, we are deeply concerned about the Department’s communication plan and incident response plan which have been seemingly non-existent,” they write in the letter. “To our knowledge, no Department Press Conferences have been held on the specific topic of the COVID-19 outbreaks at any of the State Veterans Homes. Additionally, an Incident Command System appears to have never been activated, which would have allowed for a Unified Command to coordinate the response. Further, not until late into the La Salle Veterans Home outbreak did leadership even visit the Veterans Home. This is indicative of leadership that is not actively participating in managing the crisis and is again, unacceptable. Our veterans deserve better.” 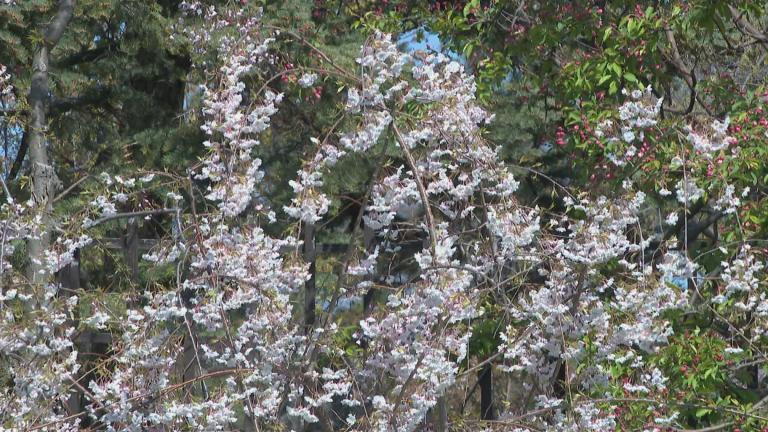