Vaccine Rollout Barrels on With Health Disparity in Backseat 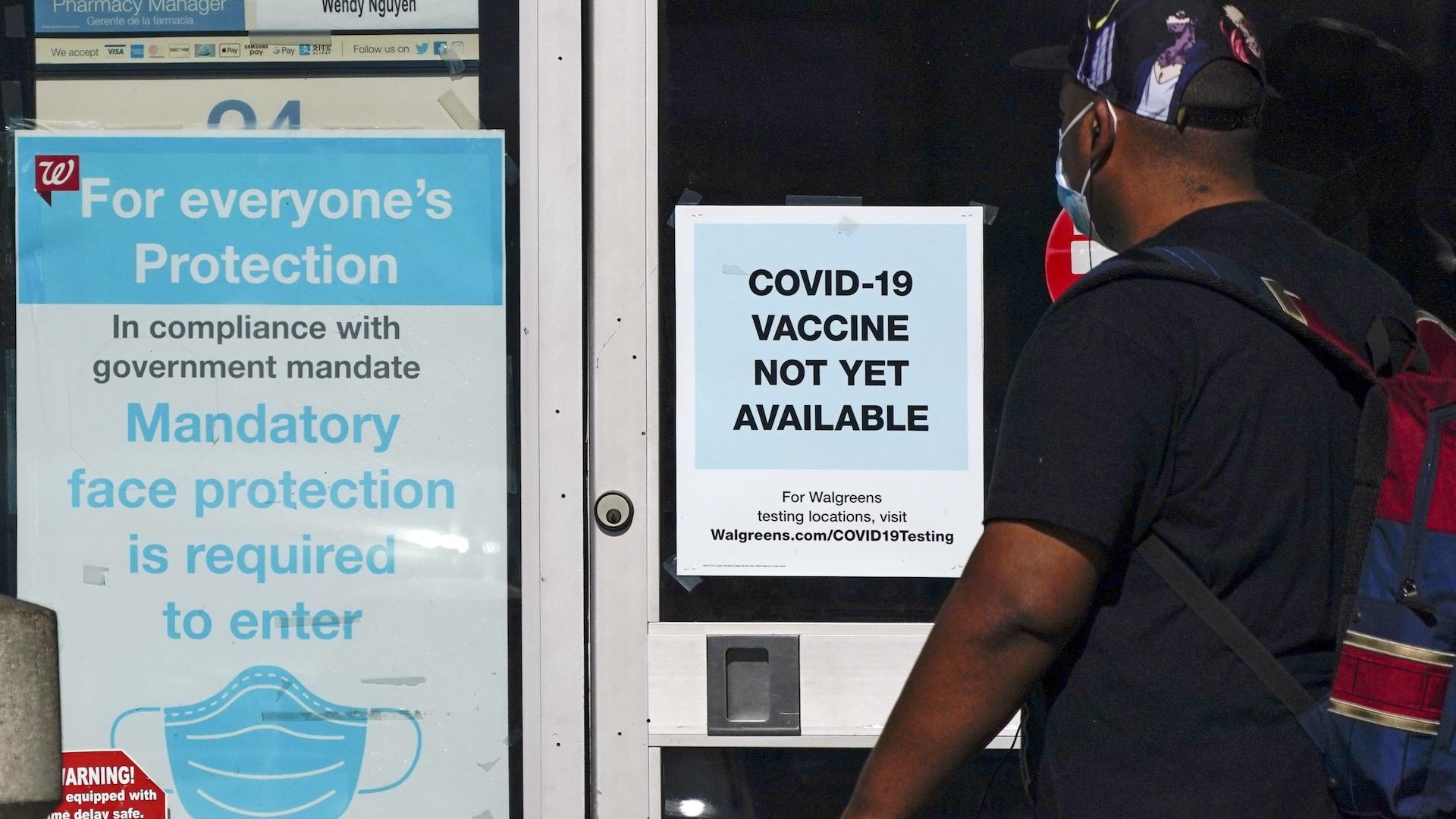 In this Dec. 2, 2020, file photo, a customer walks past a sign indicating that a COVID-19 vaccine is not yet available at Walgreens in Long Beach, Calif. (AP Photo/Ashley Landis)

As the decision looms for President-elect Joe Biden's incoming administration, a new analysis argues for targeting the first vaccines to the same low-income Black, Hispanic and Native American households that have disproportionately suffered from the coronavirus. But no one at the federal level has committed to the idea, which would be a significant shift from the current population-based method adopted by Operation Warp Speed.

“It’s not just a math problem. It’s a question of implementing a major social justice commitment,” said Harald Schmidt, a medical ethicist at the University of Pennsylvania, who conducted the analysis of the strategies with colleagues from the Massachusetts Institute of Technology and Boston College.

If the shots get to the right people, Schmidt argues, the benefits could extend to the entire nation: Fewer people would get sick, hospital capacity would improve and more of the economy could reopen. Lives would be saved.

In October, a panel advising the federal government suggested setting aside 10% of the vaccine supply to distribute as an extra boost to the states with greater shares of disadvantaged groups. But the idea from the National Academies of Sciences, Engineering and Medicine has been largely ignored.

Schmidt's analysis finds the strategy could get vaccines to 12.3 million more vulnerable people in the early phases of distribution compared with the population-based method.

Any distribution system will reverberate across the nation, with consequences for everyone. It will be shaped by the early steps of federal officials and by state leaders who will allocate vaccines in the months when there is not enough supply to go around. California and several other states have stated that they intend to direct some of their supply to disadvantaged neighborhoods, but there's no national strategy to do so.

No vaccine has been authorized for use yet in the U.S., but the preliminary results of ongoing clinical trials have been encouraging for Moderna’s and Pfizer’s candidates. If the Food and Drug Administration allows emergency use of one or both of those vaccines, there will be limited, rationed supplies before the end of the year.

Operation Warp Speed officials announced last week that states would receive vaccine in proportion to their adult populations, at least for the first 6.4 million doses and possibly beyond.

“We thought it best to keep it simple,” Health and Human Services Secretary Alex Azar said. “We thought that would be the fairest approach, the most consistent.”

“Allocating vaccines to states according to population does not help reduce inequity,” Schmidt said. Vulnerable people will face more rationing in states such as New Mexico that have higher shares of vulnerable people. “That’s not fair.”

Schmidt worked with Parag Pathak, Tayfun Sonmez and M. Utku Unver, pioneers in devising how to distribute resources in high-stakes systems such as school choice and organ donation. The researchers shared their underlying data with The Associated Press. Their paper was posted online ahead of publication and has not been reviewed by other researchers.

The analysis shows 15 states and Washington, D.C., have the largest shares of vulnerable, low-income minorities. These worse-off populations make up more than 25% of the states' total populations. Those states stand to gain the most from a distribution method that sets aside a 10% national reserve.

A federal set-aside is not the only way to get vaccine to vulnerable neighborhoods. In their vaccination plans, 18 states have said they will consider race and income as they map out vaccine distribution.

Tennessee plans to reserve 10% of its vaccines for use in targeted areas with high scores on a measurement known as the social vulnerability index, which is based on census data that incorporates race, poverty, crowded housing and other factors. The index was developed by the Centers for Disease Control and Prevention to help identify communities that may need support in emergencies such as hurricanes.

Vaccines will remain in limited supply for a time after Biden is sworn in, so rationing will continue into the spring.

“I think it’s early to say what the Biden and Harris administration will ultimately do on that front,” said Dr. Marcella Nunez-Smith, associate dean for health equity research at Yale University's medical school. She co-chairs Biden’s advisory board on the pandemic and has been a leading voice on reducing health disparities for the transition.

Nunez-Smith said there are several data-based models to consider for distributing vaccines to communities hardest hit by the virus.

“Thinking about equity has to be a top priority and cannot be an afterthought in the work,” she said. 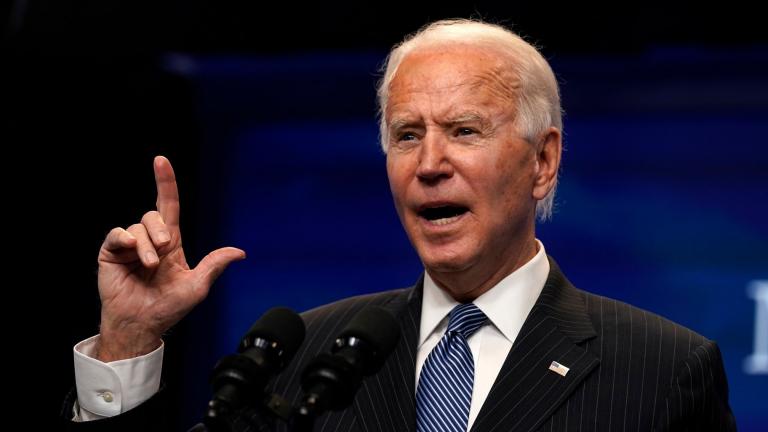