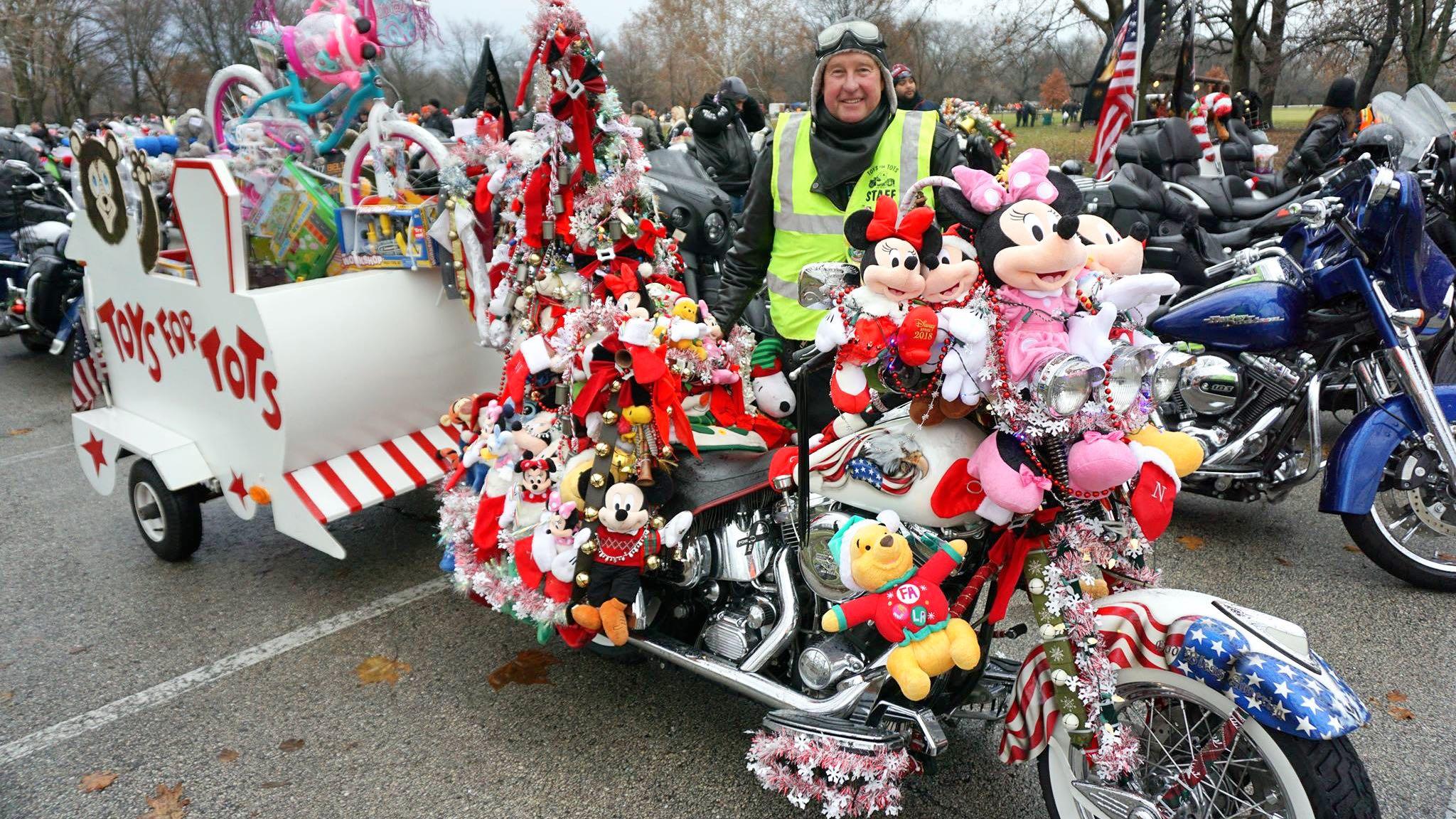 The sight of thousands of motorcycles roaring up Western Avenue while incongruously decked out in stuffed animals and tinsel, their riders having swapped out leather gear for elf suits, has been a Chicago holiday tradition for more than four decades.

But the coronavirus pandemic has put a halt, at least in 2020, to the annual Toys for Tots Motorcycle Parade, which had been scheduled for Dec. 6. Billed as one of the largest motorcycle parades in the world, the route’s typical starting point is Dan Ryan Woods, with cyclists then heading north on Western Avenue to the finish point at DePaul College Prep. To participate, riders need to donate at least one toy.

The cancelation was announced on social media, after the parade’s permit was denied by the city, according to the event’s organizers.

The parade has grown from a single motorcycle in 1978 to more than 70,000 riders in recent years, including former Gov. Bruce Rauner. The fate of the parade had been up in the air for weeks, particularly as cases of COVID-19 began to surge.

Riders’ reaction to the news was mixed, divided between anger and understanding. Canceling an outdoor event, made up of individual riders on their own bikes, struck many as an overreach of the city’s coronavirus response. Several riders expressed their intention of hitting the streets regardless.

"Channel your outrage into your donations," wrote one member of the parade community.

Parade organizers could not immediately be reached for further comment.

The parade may be canceled, but the parade organization is still collecting toys for children in need. People can contribute via a GoFundMe page or can donate toys at any one of hundreds of drop-off boxes (click here for list).