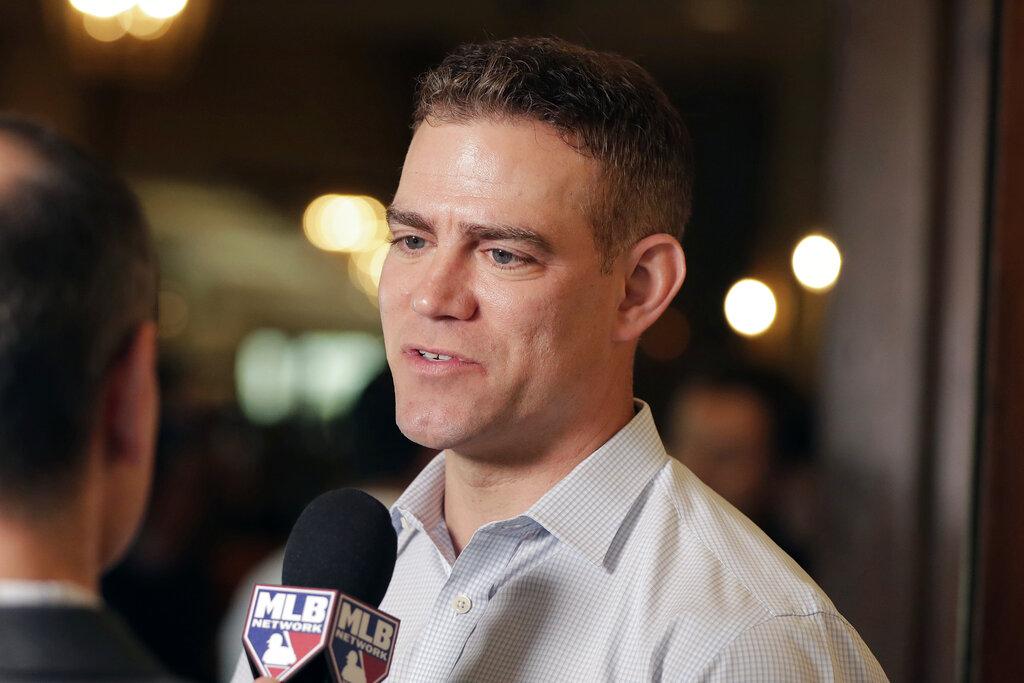 CHICAGO (AP) — Theo Epstein, who transformed the long-suffering Chicago Cubs and helped bring home a drought-busting championship in 2016, is stepping down after nine seasons as the club’s president of baseball operations.

The team announced Tuesday that Epstein is leaving the organization, and general manager Jed Hoyer is being promoted to take his place.

Epstein said after the season he anticipated remaining on the job for at least one more year, with his contract set to expire in 2021. He had said repeatedly he thinks executives have about a 10-year shelf life in a job, and next year would have marked a decade since he left the Boston Red Sox for Chicago.

Epstein said in a statement he will “cherish” his time with the Cubs and said it was simply time to make a change.

“The organization faces a number of decisions this winter that carry long-term consequences; those types of decisions are best made by someone who will be here for a long period rather than just one more year,” he said. “Jed has earned this opportunity and is absolutely the right person to take over this baseball operation at such an important time.”

Chairman Tom Ricketts said the Cubs are “grateful for everything he has given to this organization and this city.”

The 46-year-old Epstein, who led Boston to World Series championships in 2004 and 2007, is one of five executives to lead multiple organizations to titles. He, Pat Gillick, John Schuerholz and Dave Dombrowski are the only ones to do so with teams in each league.

Epstein oversaw a massive rebuild when he came to Chicago following the 2011 season. He overhauled the farm system as well as the scouting and analytics operations, helping to produce one of the most successful stretches in the franchise’s history.

The Cubs reached the NL championship series three times in Epstein’s nine seasons and won the World Series in 2016, ending a drought dating to 1908.

The Cubs won the NL Central last season at 34-26 under rookie manager David Ross after missing the postseason the previous year. But they got swept by Miami in their wild-card series, scoring one run over two games.

With homegrown stars Kris Bryant and Javier Báez, shrewd trades for players such as Anthony Rizzo and Jake Arrieta, the signing of Jon Lester and the hiring of former manager Joe Maddon, the Cubs transformed into perennial contenders.

In 2016, they won 103 games to run away with the NL Central, beat San Francisco in their division series and took out the Los Angeles Dodgers in the NLCS for their first pennant since 1945.

The Cubs fell behind 3-1 to the Indians in the World Series. In Game 7 at Cleveland, they blew a three-run lead in the eighth, scored two in the 10th after a short rain delay and hung on for an 8-7 win when Mike Montgomery retired Michael Martínez on a soft grounder to third baseman Bryant, setting off a celebration more than a century in the making.

The Cubs’ 505 regular-season victories since 2015 trail only Los Angeles (528) and the Houston Astros (510). Chicago, the Dodgers, New York Yankees and Astros are the only clubs with at least five playoff appearances in the past six seasons. But the Cubs have not advanced in the playoffs since the 2017 team lost to Los Angeles in the NLCS.

Hoyer is a logical successor to Epstein.

They worked together in Boston when the Red Sox won two World Series and reunited when Epstein took the job with the Cubs. In between, Hoyer led San Diego’s baseball operations.

“I have been so fortunate to work alongside Theo for 17 of the last 19 years,” Hoyer said in a statement. “I could not have had a better mentor or a more loyal and trusted friend. He has already changed two storied franchises with his passion, creativity, intellect and leadership. I have no question that the next chapters in his career will be equally impressive and impactful.”

‘Chicago Tonight’ in Your Neighborhood: Wrigleyville