After they heard oral arguments Tuesday, Illinois Supreme Court Justice Anne Burke took a moment to give an official farewell to the court’s two departing justices.

“On behalf of the court I’d like to, for the record, thank both Justice Karmeier and Justice Kilbride for their many years of service to the state of Illinois and to the legal profession,” she said.

Justice Lloyd Karmeier, who was has represented the court’s southernmost district since his election in 2004, is retiring.

But Justice Thomas Kilbride made history last week when he failed to get support from 60% of voters in the Supreme Court’s sprawling district that spreads across the north-central part of the state, becoming the first justice to lose a bid for retention after a contentious, record-breaking $11 million campaign fight that pit Kilbride’s Democratic, union and trial law allies against Republicans, business groups and hedge fund operator Ken Griffin, who sought to unseat him.

The justices – absent Kilbride – on Tuesday voted 6-0 to choose appellate Judge Robert Carter, 74, of Ottawa, to replace him starting Dec. 8.

“I am humbled by the confidence and trust the Court has placed in me as it is the honor and privilege of a lifetime to serve on the Illinois Supreme Court,” Carter, who initially ran as a Democrat for judge, said in a statement. “It is a place where I first started my career, as a law clerk to Justice Howard Ryan and it is where I will retire after this two-year appointment as I won’t seek to run for this seat in 2022.”

Carter’s pledge means he’ll essentially serve as a placeholder until an election will be held to pick which judge will represent the district for another decade.

Already, that race is gearing up to be an expensive, partisan battle that political observers predict will eclipse the money spent on Kilbride’s retention fight.

Democrats hold a 4-3 majority on the court; Republicans see 2022 as their shot to tilt the court in their favor by winning the titling-red third district.

“It’ll be a completely open seat and with it may very well come, if you want to call it partisan control, partisan control of the Illinois Supreme Court,” said UIC John Marshall Law School professor Ann Lousin.

Three other court seats are up then too: One of the three justices from Cook County, Justice Mary Jane Theis, will be up for retention, as will Justice Rita Garman of the fourth district that stretches across central Illinois.

Appointed Justice Michael Burke, who holds the seat previously held by retired Justice Bob Thomas, will also have to run in 2022.

The Garman and Burke contests in particular, like the third district open seat, stand to potentially be high-dollar and competitive.

Lousin helped to craft Illinois’ constitution in 1970, and said that its writers had reason for including the retention mechanism that knocked Kilbride from the bench.

“It’s always been felt, since 1964, there should be a way for the voters to get rid of somebody and retention means they run against their record,” Lousin said.  “And it’s generally worked very well.”

It’s up to voters, not her, to judge that record, Lousin said. But she said she had never imagined a justice would not be retained.

There’s no way to predict what cases will come before a court, but every 10 years – when the General Assembly is in charge of drawing new boundaries for legislative districts – challenges to the maps go straight to the Supreme Court.

“Those maps are important because they’re how the legislative majority will help keep their power by deciding where they want their people to run and how the voters are distributed,” said Dan Vock, who writes the state government newsletter “States of Crisis” and has monitored the Illinois courts for decades, dating back to reporting on the Illinois Supreme Court for the Chicago Daily Law Bulletin in the early aughts.

But Vock said the timing doesn’t work out for it to make a difference with maps that will be drawn in 2021, because the redistricting matter will have been settled before a new justice is seated following the 2022 election.

“If you just looked at the process by which all this happens, the redistricting case will come up before a new judge is elected to the Supreme Court,” Vock said. “We just saw that a Democrat (Carter) was elected to the Supreme Court for now; I’m not supposing to know how he’s going to vote … but, they didn’t get the partisan advantage if they were looking for that by unseating Kilbride.”

(It’s also up to the legislature to draw new districts for the Illinois Supreme Court; according to the state constitution the four districts outside of Cook County are to be of “substantially equal population, each of which

shall be compact and composed of contiguous counties.” While there have been population shifts since the map was drawn in 1964, Lousin said members of the judiciary have shown no interest in a remap, and the legislature won’t do it without the court’s tacit approval. Supreme Court spokesman Chris Bonjean on Tuesday said only that the matter is up to the legislature.)

Vock suspects a more primary motivation for wanting to get rid of Kilbride was a hope by opponents that transforming the court could help lead to budget and spending cuts, should the court be again asked to weigh in on the constitutionality of reducing public pension benefits. One leader of the anti-Kilbride movement, Jim Nowlan, a former Republican legislator and head of the dark money group Citizens for Judicial Fairness, on Monday wrote an op-ed in the Chicago Tribune describing Illinois’ pension program as “too rich.”

But Vock said the Supreme Court has made clear in the past, most notably in a 2015 unanimous decision, that a clause in the state constitution protects pensions from being reduced.

“There is a push to somehow allow the state to just say we don’t owe that money anymore and with $130 billion in pension debt that’s very temping but the Supreme Court has repeatedly said, ‘No you can’t do that,’” Vock said.

Whatever the future holds for the court, Lousin said judges she’s been in touch with are talking about why the retention threshold is so high, and whether it would be possible and prudent to lower the bar to a simple majority like other contests.

Lousin again reminisces about the constitutional convention (known by political insiders as “con con”), and said that a compromise is at the root of the retention mechanism.

“A lot of that arose from the battle between those who wanted an appointed system and those who wanted to keep judges elected, and that was part of the compromise. I’m not sure it was a good compromise,” she said, laughing. “I’m just telling you what happened.”

Going forward, Lousin said there needs to be more transparency about funders of judicial campaigns.

In mid-October, in the heat of his campaign, Kilbride told WTTW News that while he ran as a partisan – per mandate of the constitution – he shrugged off his Democratic ties when he donned the black robe of impartiality.

“I for one, especially right now, would prefer it to be an appointment process. But we are where we are. And absent some amendment to the Illinois constitution or a change by the U.S. Supreme Court on Citizen’s United that opened the floodgates to money that’s coming into court battles – not just in Illinois, other state Supreme Court races (there are 39 states, I believe that have elections of judges) … absent a change in that category we’re not going to see any less contentious battles,” Kilbride said. 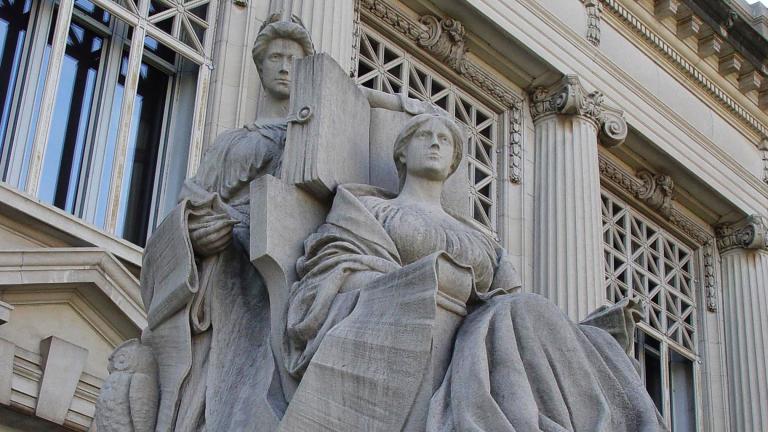 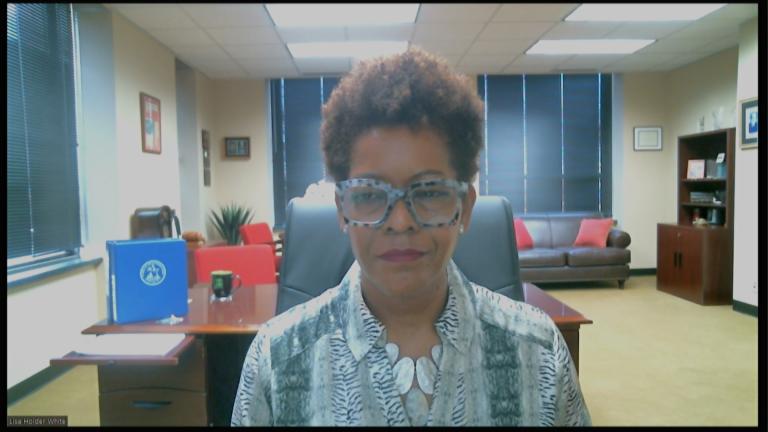