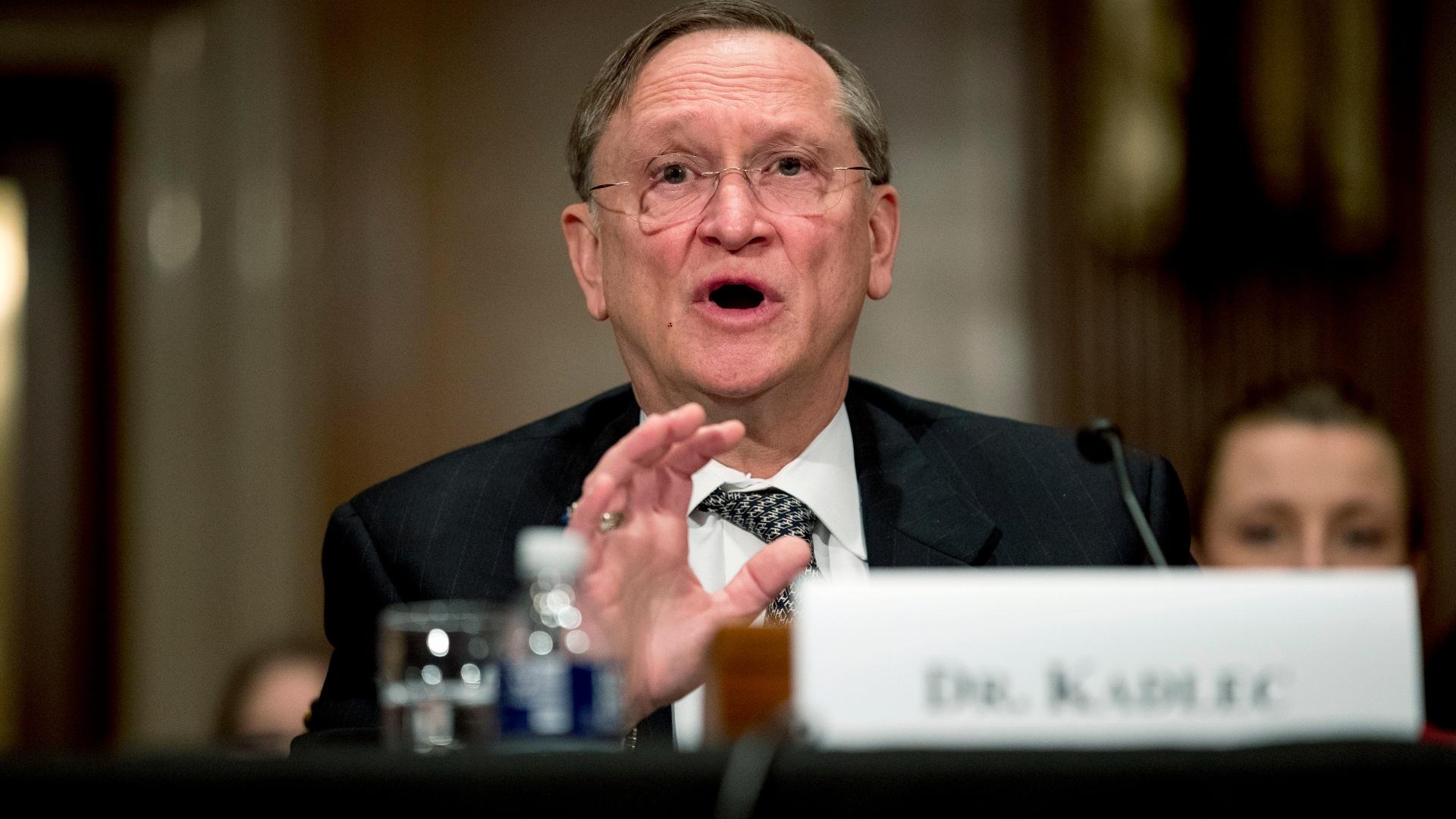 In this March 3, 2020 file photo, Health and Human Services Assistant Secretary for Preparedness and Response Dr. Robert Kadlec testifies before a Senate Education, Labor and Pensions Committee hearing on the coronavirus on Capitol Hill in Washington. (AP Photo / Andrew Harnik)

A Trump administration official leading the response to the coronavirus pandemic says the U.S. can expect delivery of a vaccine starting in January 2021, despite statements from the president that inoculations could begin this month.

And a growing, bipartisan chorus of lawmakers, experts and public health officials says the country is ill prepared for a projected winter surge of COVID-19.

Dr. Robert Kadlec said in an email Friday that the administration “is accelerating production of safe and effective vaccines ... to ensure delivery starting January 2021.” Kadlec is the Department of Health and Human Services’ assistant secretary of preparedness and response.

President Donald Trump has said at rallies, debates and press conferences that a vaccine could arrive within weeks. “We think we can start sometime in October,” Trump said at a White House press briefing last month.

Kadlec wasn’t the first health official to counter the president’s optimistic timeline. Health and Human Services Secretary Alex Azar said Thursday that there could be 100 million vaccine doses available by the end of the year “pending FDA authorizations.” And Dr. Moncef Slaoui, who is leading the government’s vaccine effort, told Marketwatch on Friday that researchers could know “by late October, or November, or in December” whether one of the vaccines in development is effective, but that it would then take weeks to get emergency authorization to administer it.

When asked about the disparity, the White House was not specific on a date but said Trump’s priority is to distribute a vaccine “as soon as possible.” Kadlec said, without elaborating, that it wasn’t correct to conclude that this meant the country couldn’t see a vaccine sooner than January.

Kadlec was responding to a series of questions from The Associated Press and FRONTLINE about the administration’s response to the pandemic and, in particular, about shortages of critical medical supplies.

EDITOR’S NOTE: This story is part of an ongoing investigation by The Associated Press, the PBS series FRONTLINE and the Global Reporting Centre that examines the deadly consequences of the fragmented worldwide medical supply chain and includes the film America’s Medical Supply Crisis.