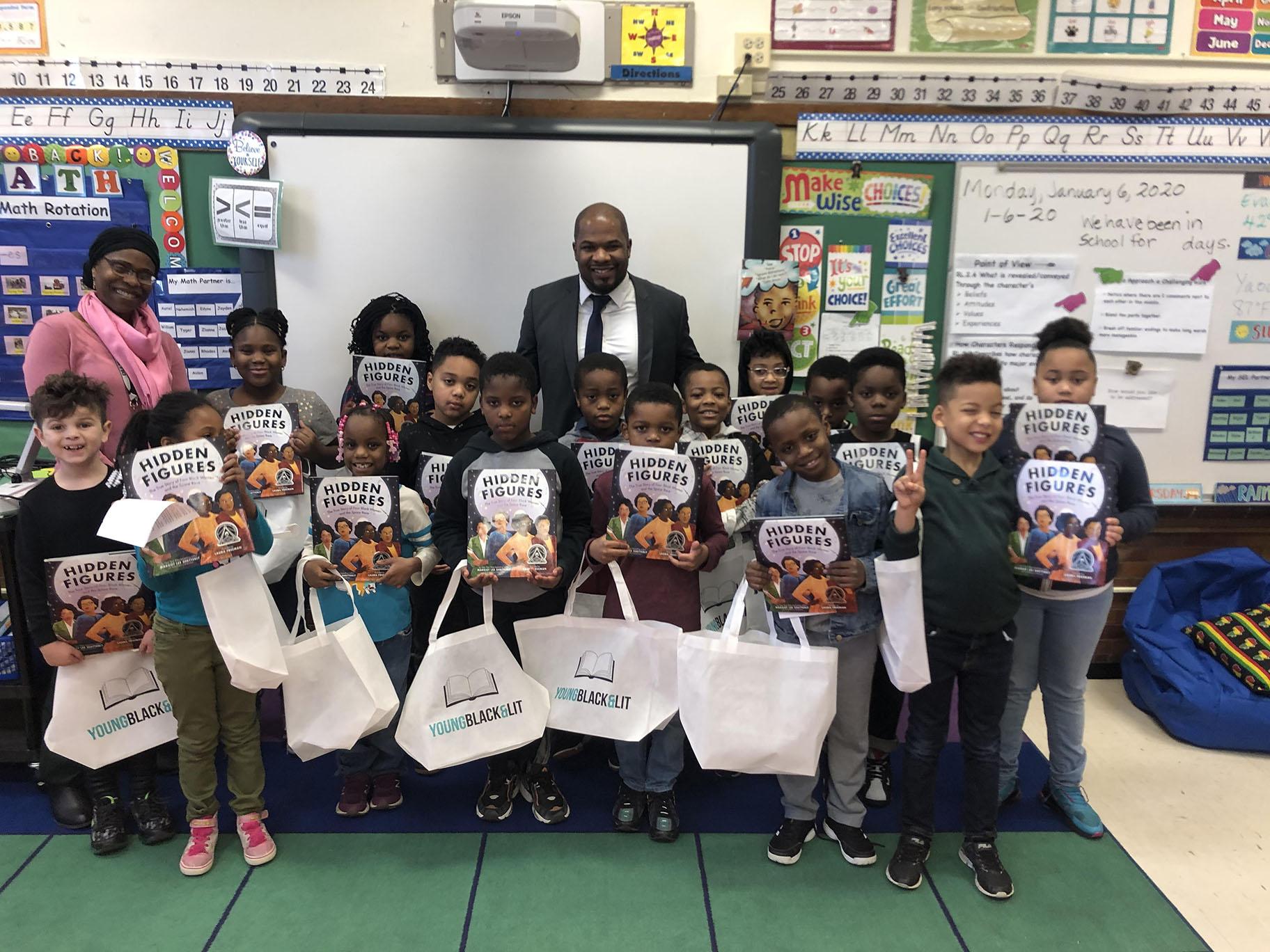 (CNN) — Krenice Roseman went birthday shopping for her niece in a Chicago-area bookstore two years ago. She was in a hurry, scanning book covers, but couldn’t find any that reflected who her niece, an African American girl, is.

The attorney, who’s an avid reader, went online instead and found a couple of books with Black characters. She bought them for her niece — and donated some more to local community centers.

“I became frustrated and decided I wanted to do something about it,” Roseman told CNN of the dearth of Black title characters in children’s literature.

She told her future husband about her experience. “He had a bigger vision for what we can do,” the 36-year-old said.

Making an impact, one child at a time

“When a child sees themselves reflected in the books that they read, when the books are a mirror to them, they feel valued,” said Roseman.

Eleven percent of children’s books had Black main characters last year, according to the Cooperative Children’s Book Center at the School of Education, University of Wisconsin-Madison. Representation has been growing: In 2015, just 7% of books featured Black characters.

For Roseman, a bigger problem is this: 60% of students in low-income communities don’t have any books at all in their homes.

“That speaks to a lack of libraries, a lack of books within libraries, also money within the community to support buying books,” she said.

A Department of Education study backs that up. It found 2.5 million children are enrolled in school districts where there are no libraries at all — a huge problem since, the report finds, students who have books in their homes perform better academically.

“It’s not only about seeing yourself in the books that you read, but being able to take a peek into the world of other children, who look different than you and experience life different than you,” Roseman said.

8-year-old thinks he is Superman

Amir Wilson’s parents tried to find books with Black characters before the nonprofit came along, but “it was just always a challenge finding the ones for his age,” said his father, Kareem Wilson. Amir’s third grade class received books from Young, Black & Lit last school year.

“(The nonprofit) made me keenly aware that there were books out there like this,” Wilson said. “I had no idea.”

The 8-year-old said he loved reading “Hidden Figures” about the Black women and NASA mathematicians who helped the US win the space race.

“Other people say they can’t do stuff, and they prove them wrong,” Amir told CNN. But his favorite genre is superheroes, so bringing home “Miles Morales: Spider-Man” was thrilling.

“It’s the best Spider-Man ever,” the young reader told CNN.

“He thinks he’s Spider-Man,” added Amir’s dad. “To have Black characters gives a sense of pride in who one is.”

How COVID-19 changed their plans

Before the pandemic, Roseman and her husband would go to schools, community events and businesses and set up tables filled with more than a hundred books with Black characters on the covers. Children and their parents would wander up and take books they liked for free.

“We hear them say, ‘Hey, that girl looks like me,’ or ‘Her hair is like mine,’ and that’s really an affirmation of the work that we’re doing — that they’re excited to see such an array of books of children who look like them, who share those stories, share their family dynamics,” said Roseman.

The book titles would make anyone excited — from the illustrated book about the late Rep. John Lewis, “Preaching to the Chickens,” to stories about haircuts like “Crown.”

“This talks about the everyday story of a boy getting his haircut in the barbershop, and the joy that he feels,” said Derrick Ramsey, Roseman’s husband. “If you think about when you get your hair done, you feel better afterwards, right? It’s about the pride that you feel once you have a haircut.”

When the pandemic hit in March, the book fairs stopped and schools and libraries shut down. The couple sent books directly to students’ homes.

This year, they will launch a program giving every low-income student in kindergarten one book per month during the school year, then five books during the summer throughout schools in Evanston, Illinois, just north of Chicago. The giving continues through the third grade, a pivotal grade when focus shifts from learning to read to reading to learn, Roseman said.

Creating a library of books with Black characters

When they started out, Ramsey and Roseman faced an uphill battle finding books to buy with Black characters through publisher websites because, Ramsey said, there was no way to sort children’s books this way.

“You would think that the work of finding these books would be simple, right? That I can go to a publisher’s website and I can click, ‘Give me the African American books,’ and they would all come out in a list and we could just download,” Ramsey told CNN.

Instead, they went through thousands of books on each publisher’s website, he said. Now that the couple has collated everything and reached out to publishers, it’s become a lot easier to add new titles.

They first purchased books with support from their network of friends and associates, said Ramsey. “We started out with a very cut-and-dry budget.” Now, grants and individual donations are helping their mission. Those who can afford it can buy books directly from their website for their own families — with all the money going directly to fund free books for children.

“I’ve loved books ever since I was a kid. They were expanding my imagination,” said Roseman. “I could always be caught with a book. And so Young, Black & Lit was one way for me to pursue that passion and help children along the way.”

Roseman and Ramsey got engaged while running this nonprofit. Both said the work helped show they were meant to be together.

“I think that was a crash course and a preview into what we hope will be a very successful marriage because we were able to really communicate and execute a vision together,” said Roseman.

“A crash course in team work, conflict management, listening — all key things you have to have in a successful relationship,” said Ramsey as his wife laughed. 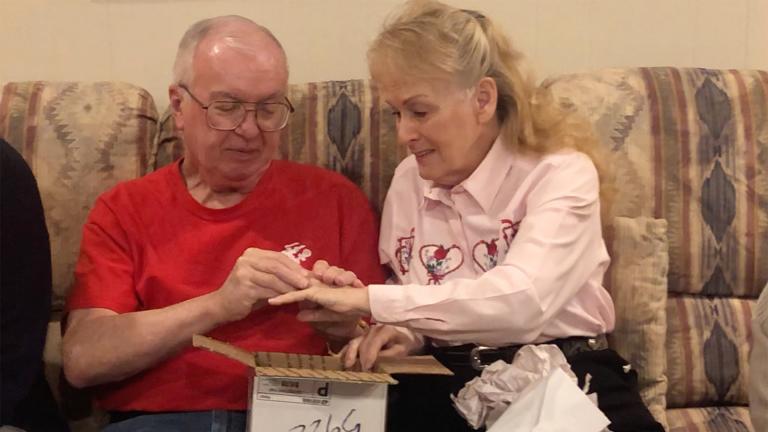