Illinois Congressmen on Trump’s Kenosha Visit and the Coronavirus Pandemic

President Trump visited Kenosha on Tuesday in the wake of the police shooting of a Black man, Jacob Blake, and after 17-year-old Kyle Rittenhouse was charged with killing two protesters. Both Wisconsin’s governor and Kenosha’s mayor asked the president not to visit.

“The president should be in Kenosha right now,” said Rep. Rodney Davis, a Republican representing the downstate 13th Congressional District. “It’s a disaster, and that’s what presidents do. They go and make sure that when communities are hurting, and when we’ve seen the destruction and death that we’ve experienced in places like Kenosha, he needs to go and I’m glad he did.”

But Rep. Danny Davis, a Democrat whose 7th Congressional District includes parts of the West Side of Chicago and many near western suburbs, said it’s not Kenosha that’s a “disaster,” but the president himself.

“Rather than trying to harmonize relations and bring people and communities together, the president’s actions and behavior, as well as his comments, are doing just the opposite,” Davis said. “The only thing I can hope for is that Nov. 3, hurry up. Hurry up and come so that we can elect another president.”

As Congress prepares to return to session, the White House has gone on the offensive, charging House Speaker Nancy Pelosi with standing in the way of another coronavirus relief bill.

“Here’s (what) the problem is. She puts forth a number, suggests that she came down, and yet she’s willing to turn down $1.3 trillion of help that goes to the American people because she would rather them have nothing than to give way on what her fantasy objection might be,” said White House chief of staff Mark Meadows.

“Mark’s office was next door to mine before he became chief of staff, and he’s a good spin master, so he puts a spin on the fact that we passed the HEROES Act which would have put more than $3 trillion to work on dealing with the coronavirus and the Republicans have been unwilling even to meet us halfway,” Davis said.

Another, smaller relief effort is a temporary payroll tax holiday enacted by presidential executive order. It will employers to defer that tax for some workers – a temporary boost to paychecks, but the tax bill will come due next year.

“I don't think it helps at all and creates a lot of confusion,” said. Rep. Brad Schneider, a Democrat from the 10th Congressional District, which covers a portion of Chicago’s northern suburbs in Cook and Lake counties. “A lot of employers and employees are wondering, do they not withhold those taxes today and then three, four months from now the tax bill’s due and they have to pay it? And what about company’s where there’s a fair amount of turnover and those employees are long gone and the company’s going to be left holding the bill.”

Schneider also weighed on the safety of students as they head back after summer break.

“We want to get our kids back to school as quickly as possible, but safely as well,” Schneider said. “In my district, we have 87% of the students in my district are doing remote learning, another 10% are doing hybrid, and only 3% are able to be in the classroom because we’re seeing this spike in levels. What we need is a national response to beating back this virus as both my colleagues have talked about.”

“I was one of the lucky ones, didn’t have any major symptoms, just noticed a spike in temperature one day. I went in to rule out COVID and unfortunately tested positive,” Davis said. “Luckily, none of my staff who I was with a couple of days before or my family tested positive.”

As the U.S. braces for a potential surge in cases this fall, Rep. Danny Davis says he’s concerned but “optimistic.”

“Many of our research outlets are indeed working on a vaccine, and I hope that they are close and that we’re going to have a vaccine. In the meantime, I think that what all of us can do is make sure that we follow the public health protocols,” Davis said. “We’re going to lick this virus. It’s going to take a lot of cooperation (and) a lot of work to do it.” 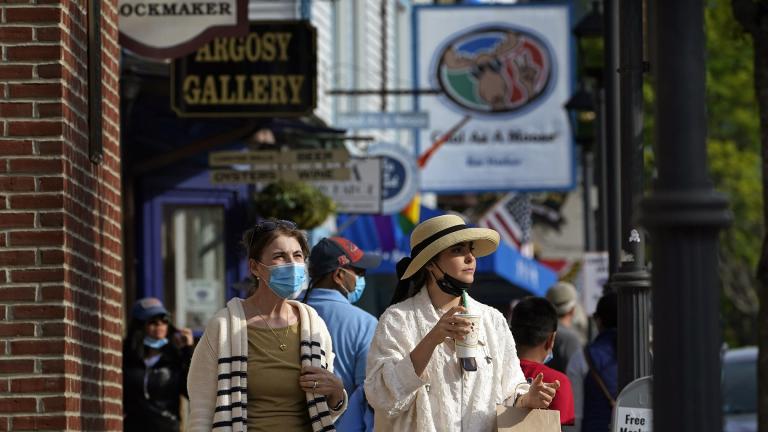 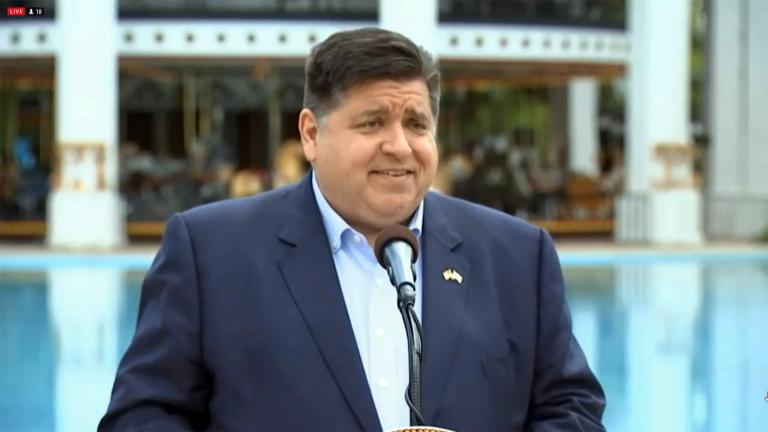