The Republican National Convention is now underway. Delegates from Illinois and across the country conducted the roll call vote in person to kick off the mostly virtual event. And President Donald Trump accepted the nomination, calling attention to the threat he says mail-in voting poses to the election.

U.S. Rep. Darin LaHood, a Republican who represents the 18th district, which covers central and western Illinois, including parts of Peoria, Bloomington and Springfield, is also Trump’s co-chair in Illinois. He expects the convention to focus on the Trump administration’s accomplishments over the past four years.

“Really looking at the best aspects of America and laying that out in a narrative the people will be watching and observing because all eyes will be on the president, and the speakers that we have this week,” LaHood said. “We have a lot of positive things to talk about and hopefully that will come off to the American people.”

This comes as U.S. Postmaster General Louis DeJoy testifies before Congress on Monday.

On Saturday, Congress voted to pass the Delivering For America Act which would give the Postal Service $25 billion in funding and reverse recent cost-cutting measures until January 2021. The bill now moves to the Republican-led Senate as the White House threatens to veto it. LaHood voted against the bill, while other Republican colleagues like U.S. Rep. Rodney Davis voted for it.

“They were asking for $25 billion,” LaHood said. “This goes on the proverbial credit card, no way to pay for it.”

On Monday as Trump accepted the nomination, he cast doubt on mail-in voting.

“We have to be very careful because they're trying it again with this whole 80 million mail-in ballots that they’re working on,” Trump said. “Sending them out to people that didn’t ask for them. They didn’t ask, they just get them.”

LaHood said he has confidence in the Postal Service and the electoral system. However, he is concerned about “ballot harvesting,” a practice that allows third parties to collect ballots.

It’s meant to make sure voters who are older, disabled, homebound or overseas have their ballots returned. More than half of states allow this, though some Republicans say it opens the door to fraud and have worked to restrict it. However, experts in election security have said voter fraud is rare.

“This country has voted through the Civil War,” LaHood said. “We voted through World War I, World War II, many other disruptive times in our history, so I’m confident in our democracy, but again I do worry about ballot harvesting. We have to make sure we have proper enforcement mechanisms in place to make sure that doesn’t happen.”

LaHood said that while he loves his parents, they disagree on who should be president. He emphasized that the Republicans who came out in support of Biden are former elected officials.

“These are all people that have left office, that are no longer going before the voters,” LaHood said. “You’ll see this week that there’s a number of Democrats that will be supporting Trump, so I think it goes both ways.” 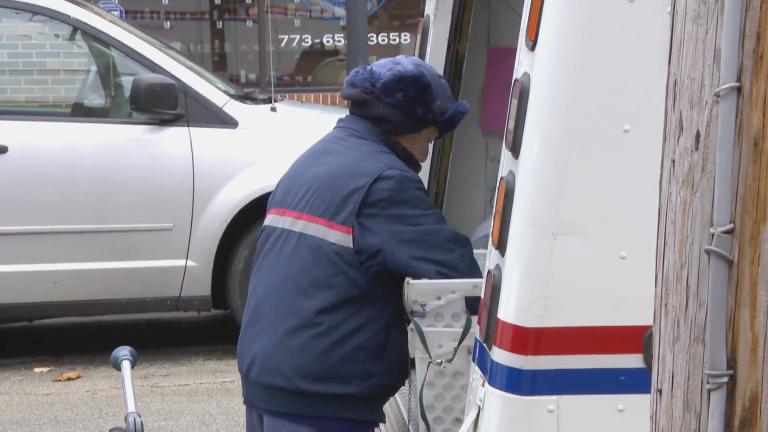