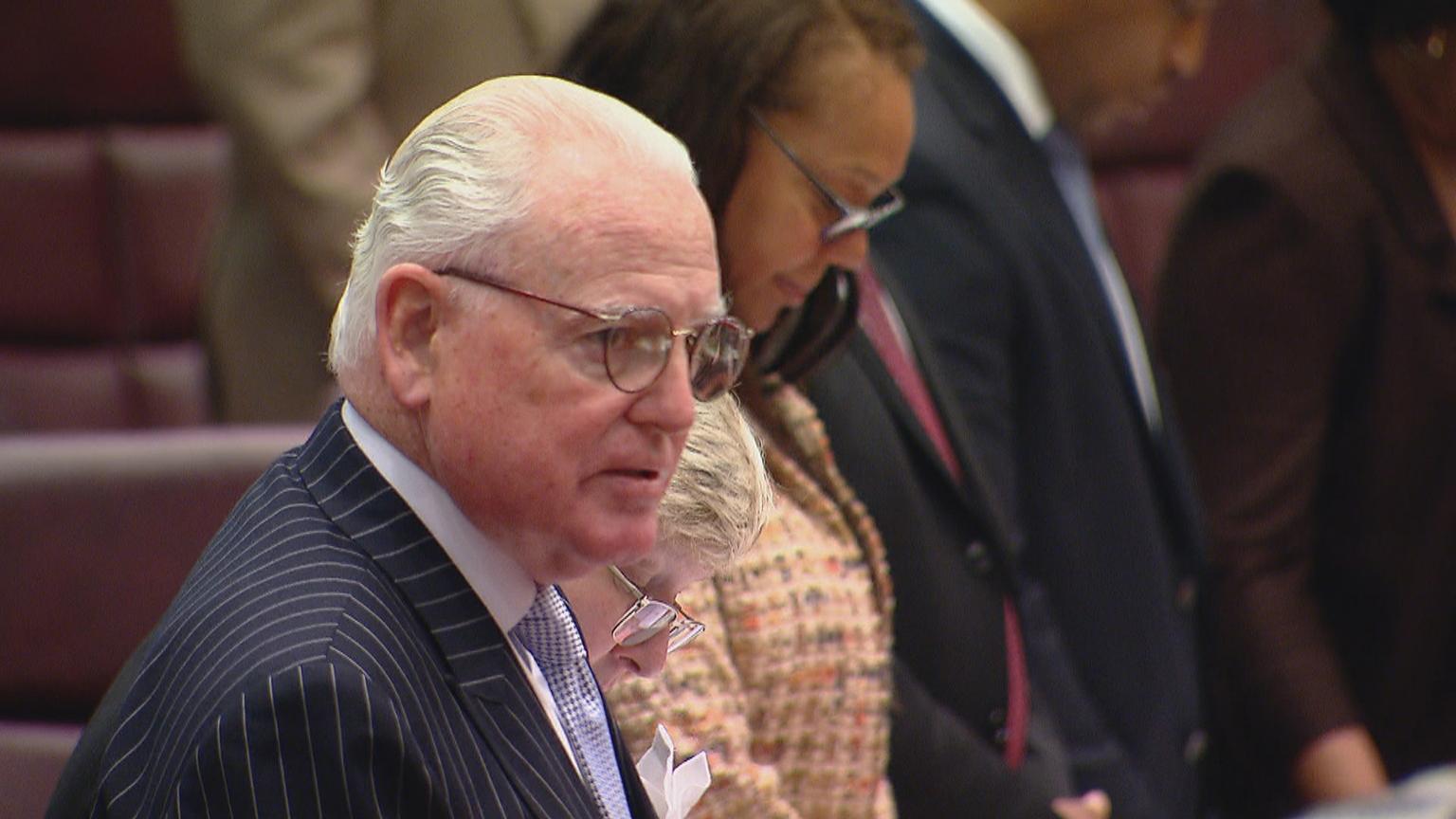 Stalled by the coronavirus pandemic for three months, the criminal case against Ald. Ed Burke (14th Ward) intensified this week with a spate of court filings, signaling a new phase in the legal fight that reshaped Chicago politics.

The longest serving Chicago alderman in history, Burke, 76, faces a 14-count indictment that alleges he repeatedly — and brazenly — used his powerful position at City Hall to force those doing business with the city to hire his private law firm.

Burke has pleaded not guilty to charges of racketeering, bribery and extortion. Racketeering charges — usually brought against members of the mob or street gangs — allege a pattern of corruption unknown to its victims.

In his first extensive response to the charges against him, Burke’s attorneys accused the government of setting him up with the help of former Ald. Daniel Solis (25th Ward) and improperly listening to his phone calls.

The road that eventually led to Burke’s 14-count indictment began almost precisely four years ago at the Democratic National Convention in Philadelphia, according to Burke’s attorneys. Burke urged Solis to recommend that the developer renovating the long vacant Old Post Office in Solis’ ward hire a specific wrecking company, according to the filing.

But Burke’s attorneys argued that although Solis repeatedly tried to record Burke offering to provide an official action in exchange for private business, he never did.

The indictment improperly characterizes the impact Burke’s work as a private attorney had on his official duties as alderman, according to the alderman’s attorneys.

“While the government might not like it,” Chicago allows aldermen to hold outside employment, according to the filing.

Solis wasn’t the first confidential informant federal investigators used to probe Burke, according to his attorneys, who said that from Feb. 2, 2015, until Aug. 13, 2015, an unnamed informant contacted “Ald. Burke regularly in an attempt to develop evidence against him.”

Burke’s attorneys told U.S. District Court Judge Robert Dow that prosecutors improperly used information gathered by Solis to convince a judge to allow them to record calls on six phone lines in Burke’s office at Chicago City Hall starting May 1, 2017 and ending May 31, 2017 after intercepting 2,185 calls. At the time, Burke was chair of the City Council’s Finance Committee.

Federal investigators also obtained a court order to monitor Burke’s cellphone between May 15, 2017 and Feb. 10, 2018, according to Burke’s lawyers, who characterized it as “the longest wiretap in the United States that concluded in 2018.” In all, investigators intercepted 9,101 calls made by Burke or answered by him during the investigation.

“So, did we, uh, land the tuna?” Burke asked in a May 2017 exchange, not realizing Solis was cooperating with the FBI.

Solis did not run for reelection in 2019, and left the City Council the same month that Burke was indicted. Despite the ongoing federal investigation, Burke ran for and won a 13th term on the City Council in February 2019 and has ignored calls from Mayor Lori Lightfoot to resign.

The filings from Burke’s attorneys revealed for the first time that Solis entered into a deferred prosecution agreement with the U.S. Attorney’s Office on Jan. 3, 2019, the same day Burke was arrested. That agreement acknowledges that Solis “admitted that he solicited campaign contributions from a real estate developer in exchange for taking official actions as the Zoning Committee Chairman.”

Defendants who enter into deferred prosecution agreements typically avoid a trial and jail time if they meet its terms.

The next hearing in Burke’s case is set to take place by telephone on Sept. 2, when Dow could set a trial date.

Before the pandemic, Dow indicated that he would schedule the trial in between May and July 2021. It is not clear whether that will also be delayed by the pandemic.

Burke’s attorneys also asked Dow to exclude evidence gathered from the wiretap, saying that they should not have gotten permission to listen to Burke’s calls, in part because the alderman’s conduct did not meet the standard set by the Supreme Court in a 2016 case involving former Virginia Gov. Robert McDonnell that Burke offered to take an official action in return for a bribe, according to the motion filed by his attorneys.

Burke also asked Dow to dismiss two of the 14 counts he faces before trial.

Burke is set to be tried along with his longtime aide Peter J. Andrews and real estate developer Charles Cui. All three defendants, who have pleaded not guilty, have asked Dow that they be tried separately.

A Portage Park businessman, Cui, is facing bribery charges for hiring Burke’s law firm in the hopes that Burke could get city officials to approve a large pole sign, which was not permitted under the zoning rules that cover that portion of Irving Park Road in the 45th Ward.

Before that permit was finally denied in November 2017, Burke agreed to help Cui, who was now a client of his law firm, according to the indictment.