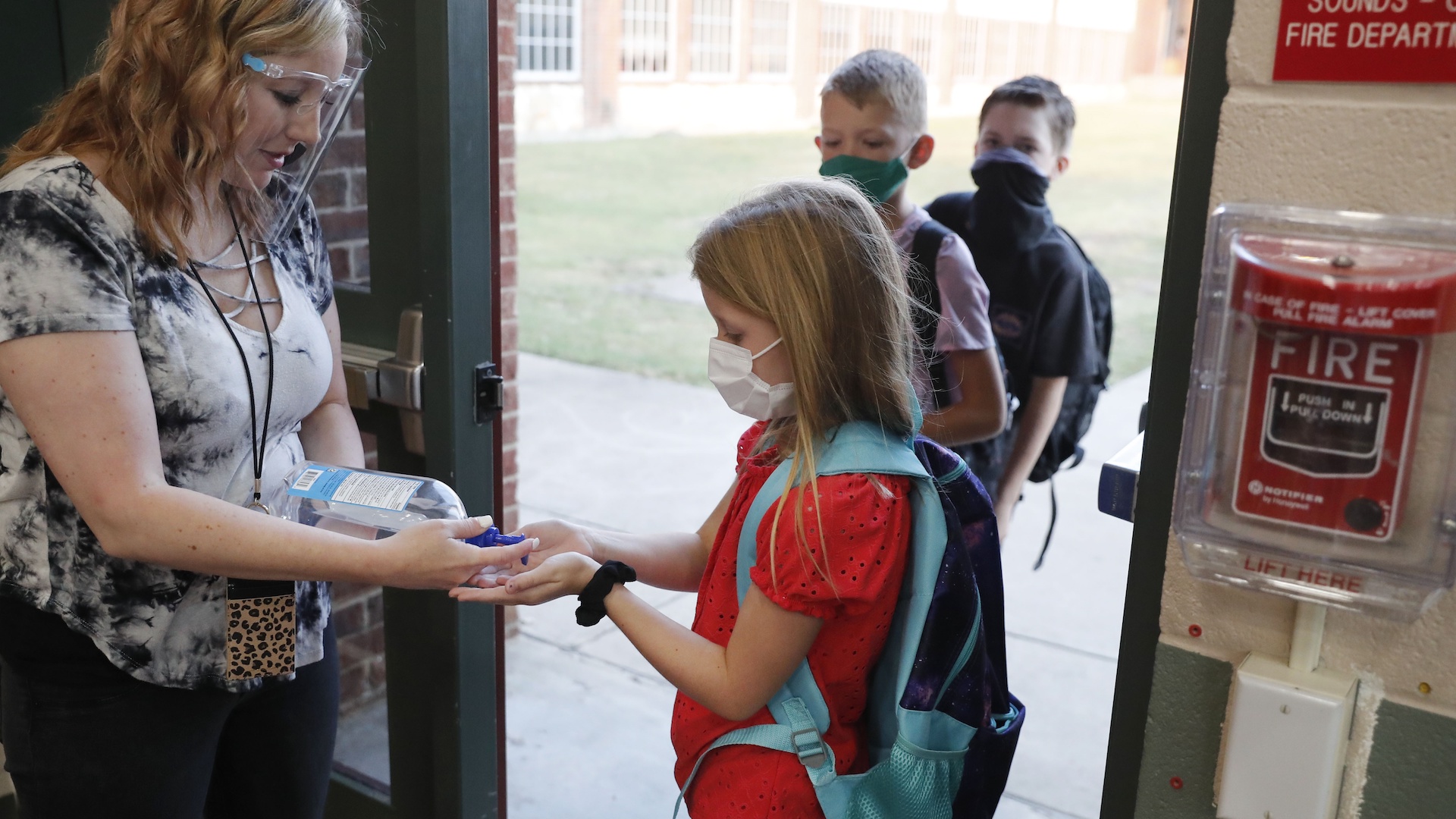 Reopening schools is easy. Keeping them open will be the hard part.

As educators prepare to welcome students back to class for the first time in months, schools’ ability to quickly identify and contain coronavirus outbreaks before they get out of hand will be put to the test in thousands of districts around the country.

“It doesn’t matter if you open schools in July, like we did, or if you open in August, September or October. All schools are going to have to deal with the issue of positive COVID-19 test results,” said Lee Childress, superintendent of Corinth School District in Mississippi, where more than 100 students are quarantined at home after being exposed to a handful of infected classmates.

Schools are trying to mitigate the risk of transmission by spreading desks apart, serving meals in the classroom and keeping groups of students together throughout the day. Many schools — but not all — will require students and staff to wear masks, which health experts say is critical to cutting down on spread.

Administrators say it might be difficult to control the mixing and mingling that happens at every school. Asymptomatic carriers could silently spread the virus to many others. A student might not remember every contact, or be reluctant to tell the truth because that would mean forcing friends into quarantine.

Contact tracing might prove difficult “when you have that many students and they have multiple contacts inside of a building,” said Dallas schools chief Michael Hinojosa.

Schools are reopening as new infections run at about 55,000 a day in the U.S. While that’s down from a peak of well over 70,000 in the second half of July, cases are rising in about half of the states, and deaths are climbing in many of them.

In Indiana, where case numbers and the positivity rate have been rising, a student showed up to class outside Indianapolis before getting the results of a virus test. Greenfield-Central Junior High soon learned he was positive.

It was the first day of school.

“We felt like we were at a good place to start school and then, through no fault of our own, a kid comes to school who shouldn’t have been there,” Superintendent Harold Olin said, acknowledging “uncomfortable” conversations with parents whose children then had to be quarantined.

Because it was the school system’s first case, Olin himself grabbed a tape measure and headed to the infected student’s classroom to figure out who was seated nearby so they could be notified of their potential exposure.

Jason Martin’s son, Houston, who attends seventh grade at Greenfield-Central, was among those forced to learn remotely for 14 days.

“Clearly, he’s disappointed,” Martin said. But the school "responded pretty well from a bonehead parent making a decision to send their kid to school knowing they have a pending COVID test result.”

The question of whether an infected student or staffer should trigger an automatic shutdown has divided school officials.

New York City’s public school system, the largest in the U.S., says it will automatically shutter classrooms or buildings for 14 days at a time, depending on the severity and circumstances of an outbreak. In hard-hit Texas, school systems in Houston and Dallas say they will close a building for up to five days if a student or staffer tests positive, to allow for cleaning and to give contact tracers time to do their work.

It’s too risky to try to keep a school open while officials figure out who might have been exposed, Hinojosa said.

“Until there’s a vaccine, just be prepared to have these rolling shutdowns,” he said.

Others administrators say they will try to keep schools open during an outbreak, counting on quick action to keep a lid on it.

In Pennsylvania, the Bethlehem Area School District intends to keep classrooms open if there’s a confirmed case. “One closure decision can lead to a potentially crippling and precedent-setting domino effect of closures throughout the school district,” the district says on its website.

Dr. Ibukun Akinboyo, a pediatric infectious diseases specialist at Duke University, said even the best plans for reopening and responding to sick students and staff are going to run into trouble if there’s a high level of community spread.

"Whatever is happening in the community will likely play out in the schools as well,” she said.

In Mississippi, where more than 20% of virus tests have been coming back positive, at least eight students and one staff member in Corinth have tested positive since school resumed last week. District officials used classroom seating charts to determine who needed to be quarantined.

The tally through Friday: 122 people.

Nurses, administrators and teachers have worked together to identify the infected students’ close contacts — anyone who was within 6 feet for at least 15 minutes. But at some point, contact tracing ceases to be practical, and a school might have to close, Childress said.

“I think if you have a large number, the process could quickly become unmanageable, and that would be something that we would know when we see it,” he said.

Joel Barnes and his wife are rethinking their decision to send their four kids back to Corinth schools after their son was exposed at the high school. They are awaiting the results of his virus test.

“We expected there to be some cases of COVID, but we're honestly surprised that it happened so quickly and has spread to so many so rapidly,” said Barnes, who has lung and nerve damage from a car accident and worries about contracting the virus. “Now it’s taken off."

The couple have pulled two of their children from school in favor of remote lessons.

“In hindsight, we wish we’d gone virtual from the start,” he said.

Joseph Allen, who directs a program at the Harvard University School of Public Health focused on healthy buildings, said masking, contact tracing and quarantining are all important — but so is proper ventilation and air filtration, which Allen said too many districts are ignoring.

Small, inexpensive steps like opening windows, equipping classrooms with box fans and portable air purifiers, and holding classes outside can make a big difference in keeping the virus at bay, even if an infected student or teacher shows up, Allen said.

“We need to get a bit more creative with schools,” he said. “If we don’t do those upfront things, we’re going to have cases.” 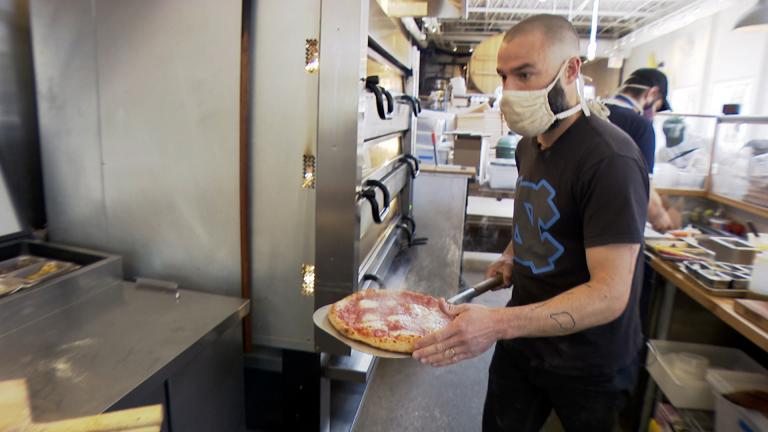 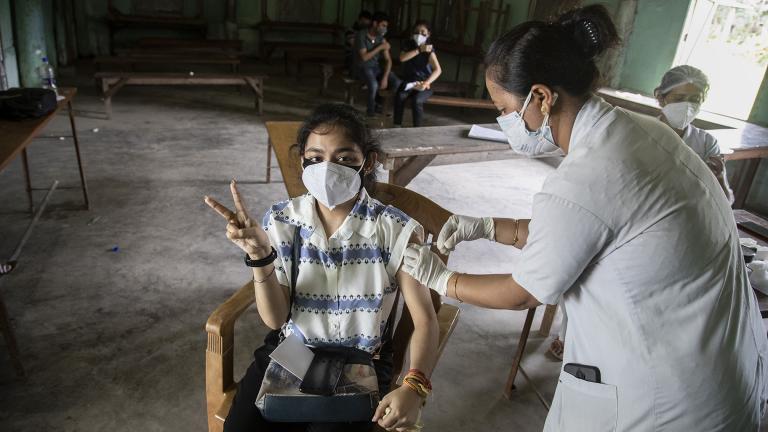 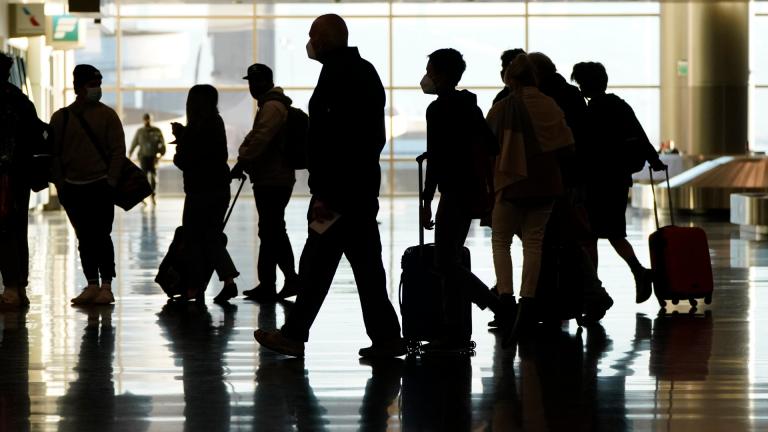 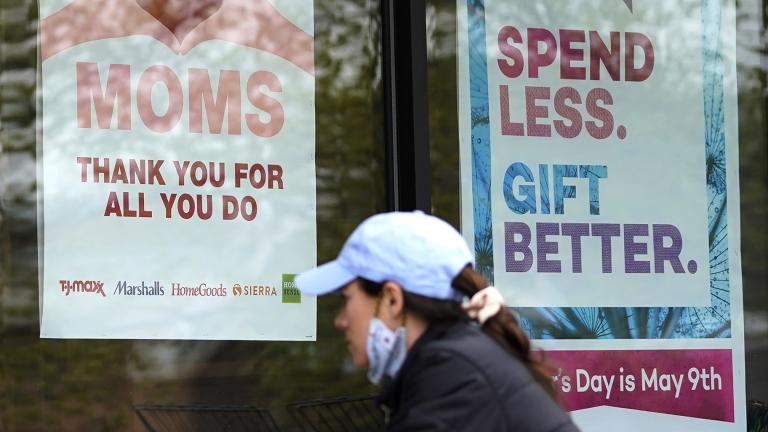