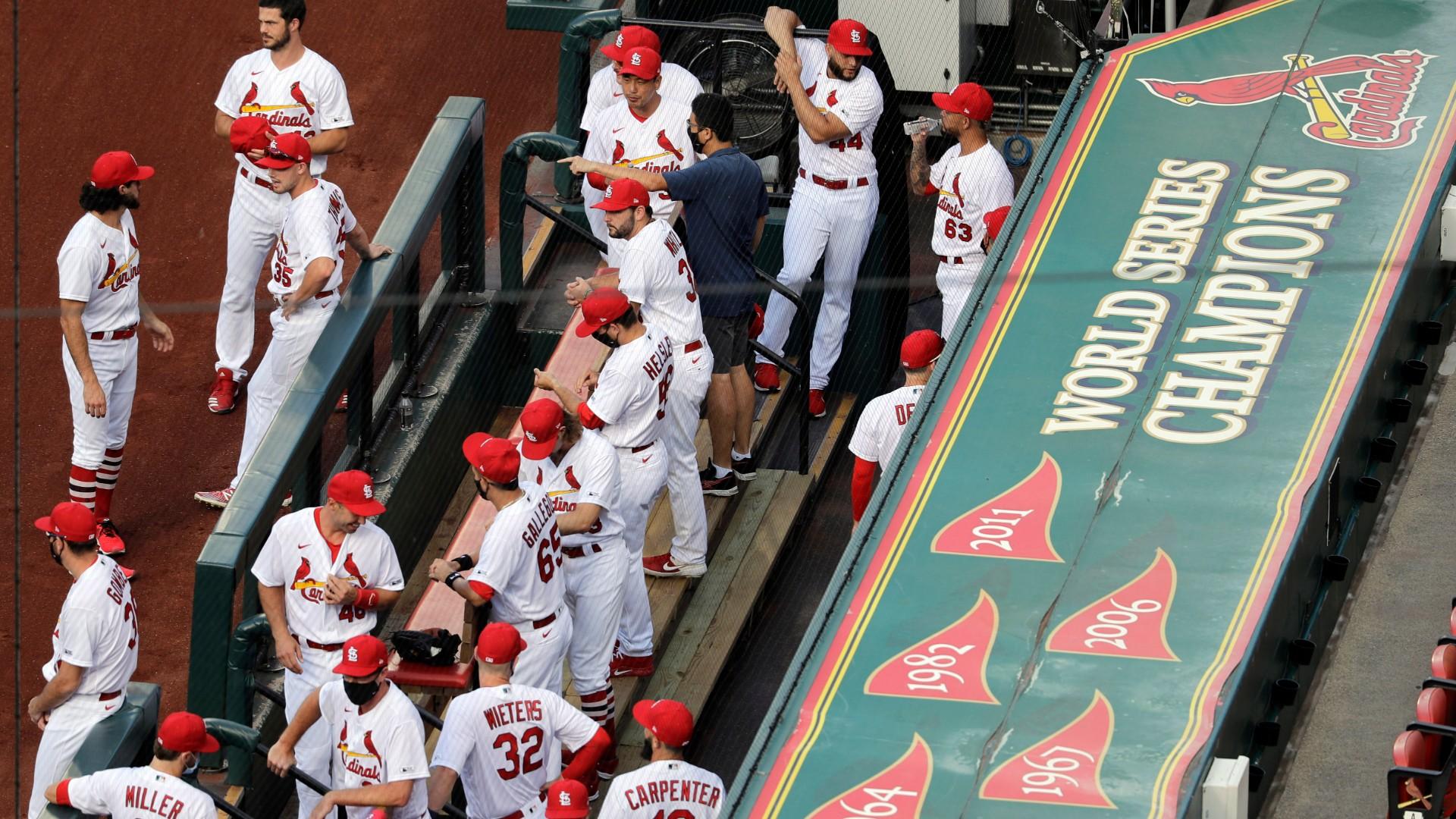 In this July 24, 2020, file photo, members of the St. Louis Cardinals wait to be introduced before the start of a baseball game against the Pittsburgh Pirates in St. Louis. (AP Photo / Jeff Roberson, File)

ST. LOUIS (AP) — The entire three-game series between the Chicago Cubs and St. Louis at Busch Stadium was postponed Friday night after two more Cardinals players and a staff member tested positive for the coronavirus.

Major League Baseball announced that the whole weekend set was off. Hours earlier, MLB said Friday night's game had been scrapped to ensure everyone affected on the Cardinals was identified.

There have been 24 games postponed in the majors this season because of coronavirus concerns.

St. Louis has missed 10 games while Miami and Philadelphia each have had seven postponements. In order to complete the 60-game schedule in this shortened season, the Cardinals will have to play 55 games in 49 games once they return to the field.

The Cardinals have been off since last Friday, when two players returned positive coronavirus tests. Eight St. Louis players in total have tested positive, including star catcher Yadier Molina.

The Cardinals spent five days in quarantine in a Milwaukee hotel before finally being cleared to travel back to St. Louis late Tuesday, when they returned negative tests for the second straight day. They got workouts in at home and had been prepared to return to the field Friday.

St. Louis' next game is scheduled for Monday at home against Pittsburgh. The Cubs are set to play Tuesday at Cleveland.

Among the players who confirmed they tested positive for COVID-19 were a pair of All-Stars in Molina and Paul DeJong.

Before Friday's postponement, the Cardinals had already added three doubleheaders against the Brewers to a previously scheduled series to make up their three games postponed last weekend. Milwaukee will host doubleheaders Sept. 18 and 20 and will serve as the home team in the opener of a twinbill in St. Louis on Sept. 25.

The Cardinals will make up this week’s series against the Detroit Tigers with doubleheaders Aug. 13 and Sept. 10. St. Louis had been scheduled to play the Chicago White Sox at the Field of Dreams in Iowa on Aug. 13. Those teams will play in Chicago on Aug. 14 instead.