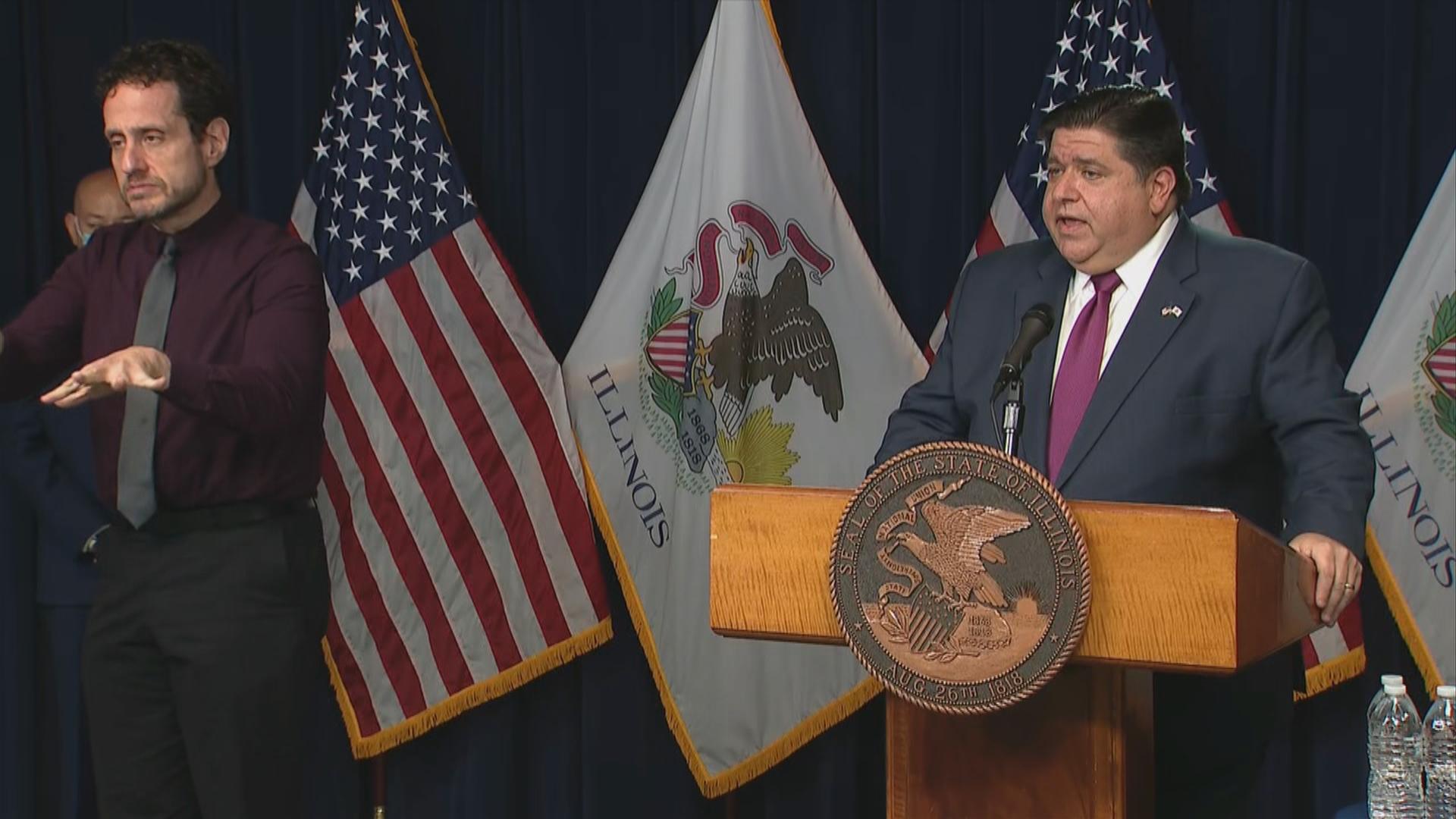 Gov. J.B. Pritzker gives an update Wednesday, Aug. 5, 2020 about the coronavirus and implores local officials to take action to stop the virus from spreading in their communities. (WTTW News)

Gov. J.B. Pritzker says Illinois is headed in the wrong direction as the number of coronavirus cases rises throughout the state. Two weeks ago, he said, 10 of the state’s 11 regions had a positivity rate below 5% — now only four regions are below 5%.

On Wednesday, the governor called on local officials to identify the cause of local outbreaks and to take action to stop the spread of the virus. “Otherwise, it’ll only be a matter of time before the state of Illinois will be forced to step in on a regional basis and impose resurgence mitigation measures, like closing bars, indoor dining and more to reduce the spread of the virus,” Pritzker said.

“Without local action, even more stringent regulations restricting public interaction — or in the extreme, another stay-at-home order — might be in your future,” he warned.

The state’s stay-at-home order was lifted just over two months ago, at the end of May. While the order helped bring down infection rates, Pritzker says he doesn’t want a repeat. “I don’t want to go back there,” he said. “I don’t want to go to statewide more extreme measures.” But he said he may have to consider them if the number of cases and the positivity rate continue to rise.

The state will intervene in regions that experience a sustained increase in positivity rates (based on a seven-day rolling average) and either a sustained seven-day increase in hospital admissions for coronavirus-like illness or a reduction in hospital capacity that threatens their ability to deal with a surge in cases.

Regions are also subject to additional restrictions if their positivity rates reach 8% or higher for three consecutive days. No region has hit that benchmark, but two regions – Southern Illinois and Metro East – have positivity rates above 7%.

Health officials announced 1,759 new COVID-19 cases and 30 virus-related deaths in the 24 hours between Tuesday and Wednesday, bringing statewide totals to 186,471 cases and 7,573 deaths.

The statewide positivity rate is 3.9%, according to IDPH.

New cases of the virus are increasingly being reported among young people, especially among those ages 20-29, and people who live outside of the Chicago area, according to the governor. But the virus “continues to ravage people of all ages” and all parts of the state, he said.

While the number of new daily infections and the statewide positivity rate are lower than they were in April and May, IDPH Director Dr. Ngozi Ezike says there are no guarantees of sustained success. “If we don’t take further steps to reduce the spread of the virus our numbers will continue to go up and we’ll be right back where we were a few months ago,” she said.

Ezike implored people to avoid large gatherings that don’t allow for social distancing and to adhere to public health guidance. “COVID-19 is an invisible threat with visible consequences,” she said.

As of Tuesday night, 1,552 people were hospitalized with COVID-19. Of those patients, 368 were in intensive care units and 129 were on ventilators, according to IDPH.

“Wearing a mask in public places is required. Keep some physical distance and don’t indulge those who ignore public health guidelines,” he said.