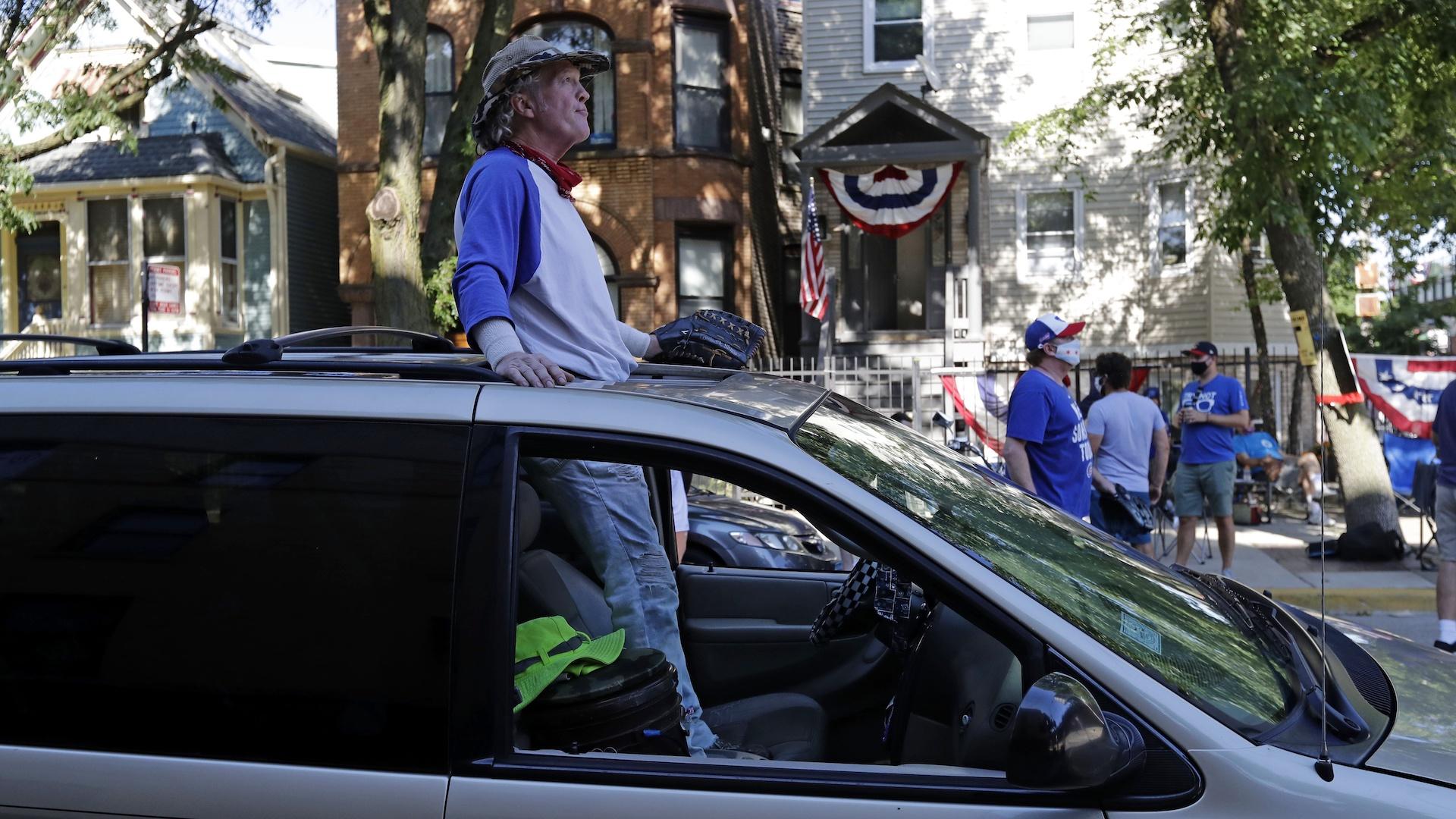 Chicago Cubs fans wait for a ball outside of Wrigley Field before the Opening Day baseball game between the Chicago Cubs and the Milwaukee Brewers in Chicago, Friday, July 24, 2020, in Chicago. (AP Photo / Nam Y. Huh)

CHICAGO (AP) — Standing on a corner on Waveland Avenue, Moe Mullins has seen them come and go.

“You know, life is a big circle,” Mullins says.

While Major League Baseball is beginning this season without fans in its stadiums, the famed ballhawks of Wrigley Field remain at their post amid the coronavirus pandemic. The banter is free and easy, like a street-side barbershop full of old friends, and pretty much everyone is fair game.

It's the same as it has been for decades, only with protective masks and — when there isn't a ball soaring over the fence — appropriate social distancing.

“We're baseball sickos. I mean we all are. We love baseball,” says Ken Keefer, 62, who lives at the corner of Waveland and North Kenmore Avenue — practically in the outfield of the historic ballpark.

“People are just jonesing for something like this. I mean they're just dying for some, I don't know if normalcy is the right word, but kind of back to what it used to be.”

The coronavirus robbed Keefer and company of more than half the season. There were no balls to chase in Wrigleyville this spring. Once the Cubs started practicing again, the ballhawks returned.

But any sizable gathering around Wrigley could put their favorite hobby in jeopardy once again.

The Cubs closed the park area at Gallagher Way during their first homestand and didn't show any games on their giant videoboard outside the ballpark in an effort to discourage crowds. They had no noticeable problems during their opening series against Milwaukee, but the city is monitoring the area around each major league ballpark in Chicago.

“We were concerned about that when we realized that baseball was coming back, and we’ve been working diligently with the teams and the ownership and area businesses to make sure that we don’t see big crowds," Mayor Lori Lightfoot said this week. "I think the absence of those big crowds, particularly in Wrigleyville, is a result of that collaboration and communication ahead of time.

"We’ve got to continue to be diligent. We want people to enjoy baseball being back. I certainly do. But we want to make sure that people are enjoying it in a safe manner.”

The regulars at Wrigley have kindred spirits around the majors, especially with fans locked out this summer.

Fenway Park has its own scene on Lansdowne Street. AT&T Park in San Francisco has kayaks in McCovey Cove. Outside of Progressive Field in Cleveland, a few fans are gathering on Eagle Avenue beyond the left-field wall during batting practice and games with the hope that a stray ball finds its way through the ballpark’s locked gates and onto the street for a souvenir.

Mullins, 69, is the dean of the Wrigley ballhawks, coming out for the first time in 1958. He has kept most of his 6,000-plus balls from the past eight decades, filling three big fish tanks and a handful of bags at his Elmwood Park home, to go along with a few homers stored in drawers upstairs.

“The ones that are out here are mostly the regulars,” Mullins says while looking around Waveland, “and this is what we've always done. We couldn't wait for baseball to start.”

Each of the Wrigley veterans has tips for tracking down balls. In a normal year, the roar of the crowd puts the ballhawks on alert, but that warning sound is gone for now. Most just focus on the top of the outfield bleachers — and wait.

Mullins emphasizes patience and listening to advice from more experienced ballhawkers. Dave Davison, 52, tells people to stay away from everybody with a glove. Keefer says judging the flight of the drive is key.

Wearing a cloth facemask, Mullins says he has no concerns about contracting the coronavirus while he waits for a ball to come down from the sky. His wife, Donna, has been checking on him, making sure he is careful.

Davison, who turns some balls he gets into jewelry that he sells on his website ballhawk.net, says he also feels safe.

“Out here, I can walk away from somebody if somebody doesn't have their mask on and I feel concerned about it," he says through a Chicago flag mask. “I can just walk away from them or tell them. Say ‘Hey’ and most people are respectful, they'll say they understand.

While masks and social distancing are now common features among the ballhawkers, the coronavirus has affected the crowd in other ways, too.

Pat Gainer, 52, just started coming out to chase down balls. He lives near Wrigley, but never had the time before he started working from home because of the pandemic.

“Some sense of normalcy. Something to do. If you're working from home and you're done as I am early, it gives you something to do,” Gainer says, “and a sense of community.” 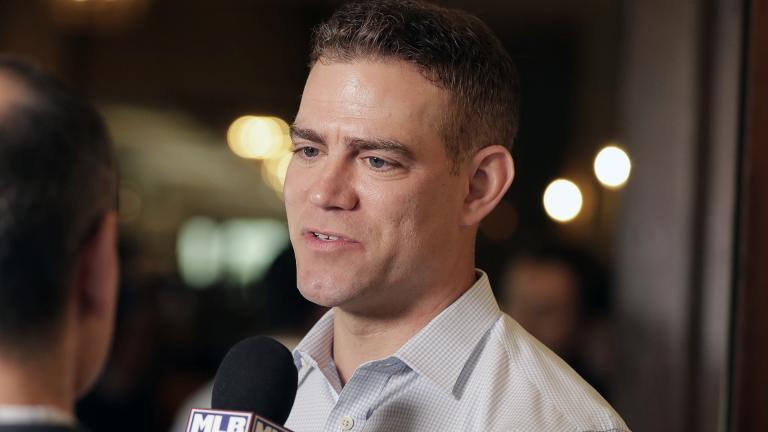