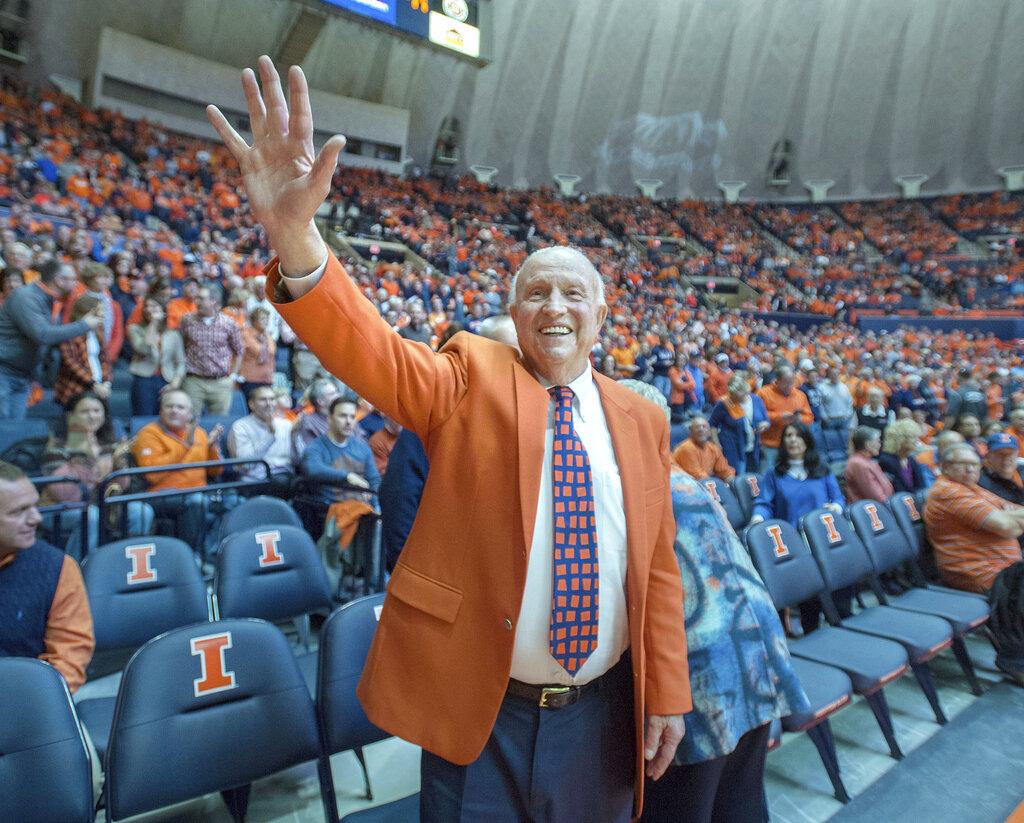 In this Dec. 2, 2015, file photo, former University of Illinois basketball coach Lou Henson acknowledges the crowd while taking his seat courtside during the dedication of the court in his name at the State Farm Center in Champaign, Ill. (AP Photo / Rick Danzl, File)

CHAMPAIGN, Ill. (AP) — Lou Henson, the plain-spoken coach who took New Mexico State and Illinois to the Final Four during a 21-year career that included nearly 800 victories and a feud with fellow Big Ten coach Bob Knight, has died. He was 88.

Henson died Saturday at his home in Champaign and he was buried in a private service Wednesday, the Illinois athletic department said.

Henson left the game as the winningest coach at both Illinois and New Mexico State, and still ranks fifth all-time among Big Ten coaches in total wins (423) and conference wins (214). In 2015, he was named to the National Collegiate Basketball Hall of Fame, an honor his fans thought might never come.

“He was so instrumental in all of our lives,” former Illinois and pro player Stephen Bardo said Wednesday.

Henson stressed preparation and discipline. But his best team, the 1988-89 Flyin’ Illini that reached the NCAA semifinals, won with a fluid mix of athleticism and style.

Henson was gracious and gregarious, yet also serious. But he made headlines for his contentious dispute with Indiana’s Knight, while his comb-over hair style, the Lou-Do, served as a source of amusement.

And for years after Henson left the sidelines, he and his wife, Mary, were widely loved, unofficial ambassadors for both Illinois and New Mexico State and the towns where they’re located, Champaign, Illinois, and Las Cruces, New Mexico.

“Who doesn’t love Lou? Seriously — who doesn’t love him?” former NBA player Reggie Theus, who succeeded Henson at New Mexico State and considered him a mentor, once said. “Because he’s genuine. There’s no ego there.”

“His achievements are legendary, but what is immeasurable are the countless lives he impacted during his 21 years in Champaign and 41 years in coaching,” Underwood said. 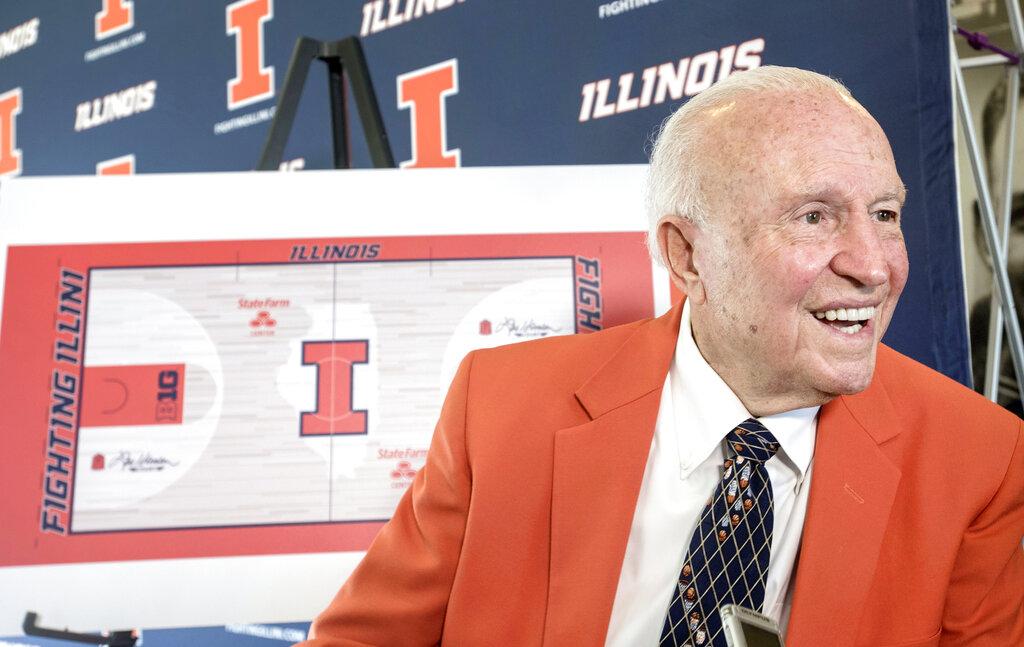 In this Aug. 24, 2015, file photo, former Illinois men’s basketball coach Lou Henson is interviewed during a ceremony announcing the naming of the basketball court at State Farm Center to “Lou Henson Court” at Memorial Stadium’s 77 Club in Champaign, Ill. (Rick Danz / The News-Gazette via AP, File)

His Aggies made the NCAA Tournament in each of his first five seasons, including a Final Four appearance in 1970.

Wins at New Mexico State led Henson to Illinois in 1975, where he took over a program that had struggled since an NCAA scandal in the 1960s.

He wanted to build with players from Illinois, and particularly talent-rich Chicago, but warned that might be a slow process.

“We’re going to try to build relations in our state,” he said during an interview years later. “And we did.”

Henson had to wait for his fifth Illini team to win 20 games, a benchmark Bardo said Henson set for all his teams. Henson took Illinois to the NCAA Tournament in his sixth season, in 1980-81.

By the time Bardo and the rest of the Flyin’ Illini were on campus, the talent pipeline Henson set out to build — and one Illinois coaches since have hoped to match — was flowing. Nine Henson teams made it to the NCAA Tournament between 1981 and 1990.

“His numbers speak for themselves,” said Bardo, who works as a TV commentator. “And he was an underrated preparer. It was rare that we ever got surprised in a game.”

During a Facebook Live broadcast Bardo hosted on Wednesday, former Illini guard Tony Wysinger recalled getting recruited by Henson in the 1980s.

“My dad asked a simple question: ‘What can you guys do with a 5-10 guard?’” Wysinger said. “Coach Henson was at the Peoria airport. He told my dad, ‘We think he can help us, and that is why we are here.’ From that point on, it was about believing what I could do to try and help. … He gave me the opportunity, the chance.”

“We always knew that if we went to Champaign and we weren’t prepared, we’d get beat,” said former Purdue coach Gene Keady, whose team lost by 27 points at Illinois that season.

A dark period for both Henson and his team was just ahead.

In 1990, the NCAA put Illinois on probation for rules violations. Among them were improper contacts with recruits by longtime Henson assistant Jimmy Collins and car loans made to three players without requiring full credit information by a booster who owned a car dealership.

“A week from today, we probably would be signing five players,” Henson said as the NCAA sanctions were announced in November 1990, just before signing day. “Now we have to tell these young men and their parents” that some won’t be getting scholarships.

The school was cleared of more serious allegations that, among other things, Collins offered Chicago prospect eventual Illinois star Deon Thomas $80,000 and a Chevrolet Blazer to play at Illinois. The allegation, made by then-Iowa assistant Bruce Pearl, set off the NCAA investigation and led Illinois fans to despise Pearl for decades.

The Illini struggled the next season. Then the rivalry with Knight boiled over. After Knight refused a post-game handshake and said something to Henson outside the teams’ locker rooms in 1991, Henson called the Indiana coach “a classic bully.”

Henson left Illinois in 1996, never getting the Illini back to his own 20-win benchmark after the NCAA probation. He returned to New Mexico State for another seven seasons, winning the Big West in 1999 and advancing once more to the NCAA Tournament.

He was diagnosed with non-Hodgkins lymphoma in 2003 and coached for a time from a wheelchair on the sidelines. But Henson left coaching for good the following season, finishing with a 779-412 record.

Henson dealt with health concerns related to his illness and its treatment for the rest of his life, but he also swam and golfed regularly. He routinely practiced chips in his Champaign front yard before dawn.

Henson also remained a presence on both Illinois’ and New Mexico State’s campuses and, according to Theus, a quiet voice of authority at the latter.

“Anything that went on in our basketball program — if Lou agreed, nobody ever questioned what I did,” Theus once said.

Henson is survived by his wife, Mary, and daughters Lisa, Lori and Leigh Anne. A son, 35-year-old Lou Henson Jr., died in a 1992 car accident. 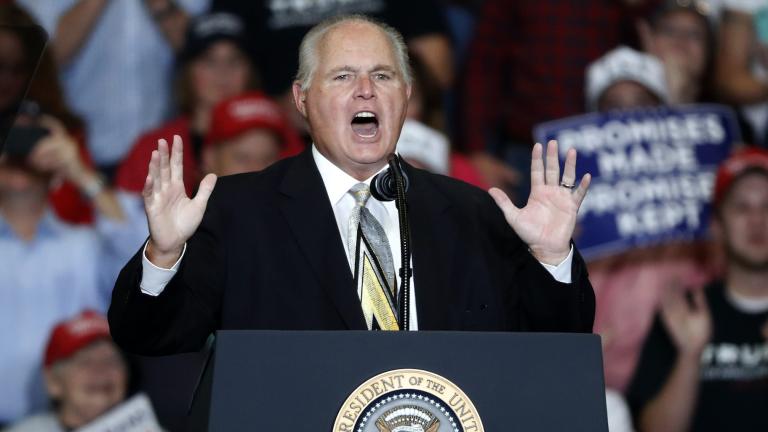 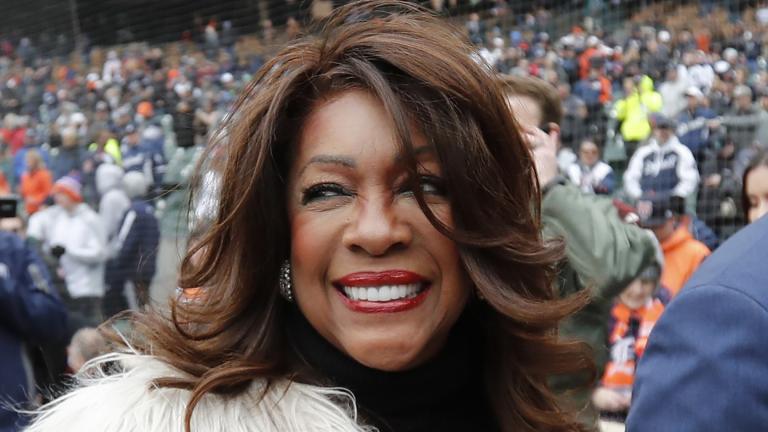 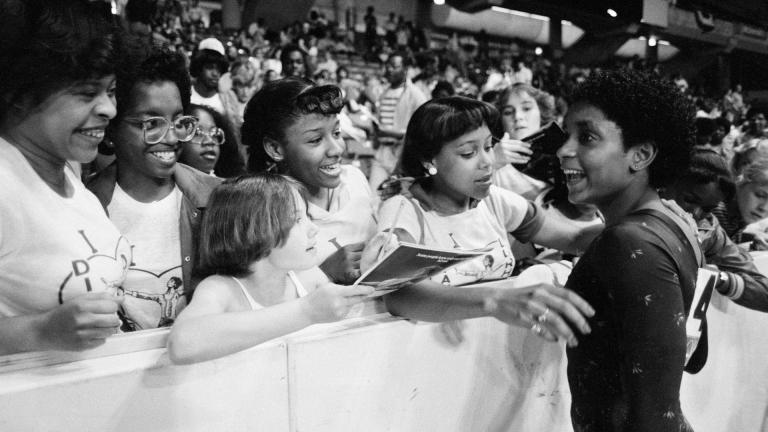 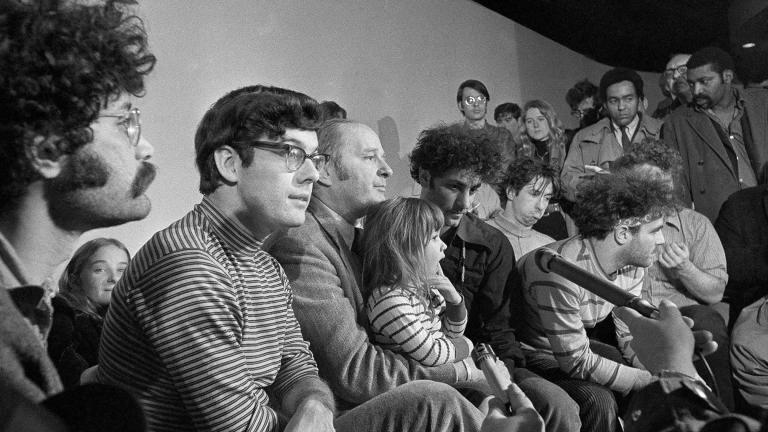 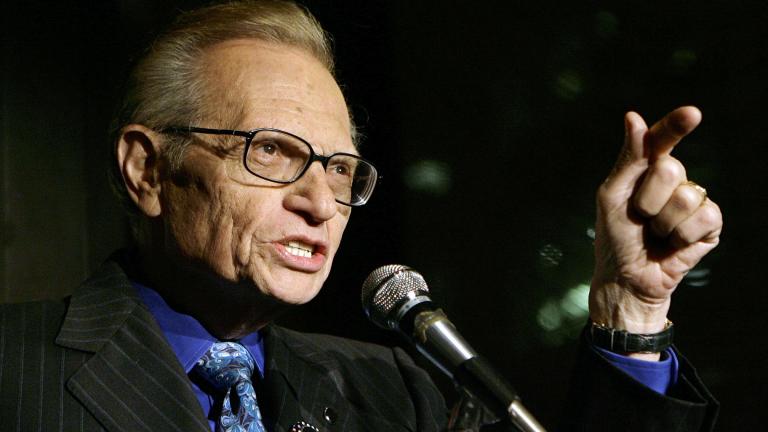