With the number of coronavirus cases rising in Illinois, Gov. J.B. Pritzker on Wednesday announced a new COVID-19 mitigation plan to combat a resurgence of the virus and maintain the progress the state has made in flattening the curve.

“This virus has not gone away. It’s still infecting people and will likely continue to do so for months,” Pritzker said 19 days after the state moved into phase four of its reopening plan. “Opening our economy does not have to come with a spike in cases. Other countries have done it successfully while reducing cases and infection rates. But that requires vigilance on the part of all of us.”

The new plan outlines three tiers of general and industry-specific mitigations that can be acted upon to prevent the spread of the virus across 11 regions in the state. According to the plan, a region will require additional mitigations when it experiences a sustained increase in its positivity rate (based on a seven-day rolling average) and either a sustained seven-day increase in hospital admissions for coronavirus-like illness or a reduction in hospital capacity that threatens surge capabilities — meaning a region has less than 20% availability in intensive care units or medical/surgical beds.

A region will also be subject to additional mitigations if its positivity rate reaches 8% or higher for three consecutive days. But Pritzker says officials won’t wait for a region to reach that level to implement mitigations.

“We are aggressively identifying outbreaks in Illinois to get them under control,” said Illinois Department of Public Health Director Dr. Ngozi Ezike.

According to the governor’s office, some mitigations in higher-risk settings, such as bars and restaurants, will automatically be applied across a region if it meets resurgence criteria to prevent rapid spread of the virus. In such an instance, a restaurant could be ordered to reduce indoor capacity, suspend indoor dining and bar service or suspend in-person dining outright, according to the plan.

Dr. Emily Landon, an infectious disease expert at the University of Chicago, says she wants people to be able to go to bars and restaurants, but, she says: “Having a mask off inside is high risk, and I just don’t know if we can do that safely right now. We may need to pull back to get (coronavirus) numbers down again and just work really hard to keep the numbers low when we slowly reopen.”

Mitigation strategies will also be applied to hospitals and offices in a region that meets resurgence criteria; restricts to meetings, social events and religious gatherings will also apply, according to the plan.

Other businesses, including retail, salons and fitness centers, could be subject to mitigation strategies if testing and contact tracing reveal a need for action, according to the plan.

On Wednesday, health officials reported 1,187 new COVID-19 cases and eight virus-related deaths in the 24 hours between Tuesday and Wednesday, bringing statewide totals to 156,693 cases and 7,226 deaths.

“Ignoring the virus will not make it go away,” Pritzker said, but delay a return to normal. “The single best thing you can do to help your state, to help your neighbors, to help your community is to wear a mask.”

In order for a mask to be effective, it must be worn properly, says Landon, associate professor of medicine and executive medical director for infection prevention at UChicago Medicine. “If your mask is not covering your mouth and nose, it doesn’t count. You might as well not be wearing it,” she said.

Wearing a mask is not a political statement, and neither are hosting private parties or packing restaurants beyond capacity, Pritzker said. “This isn’t about politics or campaigns. It’s about people we know and love in our communities,” he said. “Coronavirus has ravaged families, made many people sick and killed more than 7,000 of our fellow Illinois residents.”

With the number of COVID-19 infections rising in youth and young adults, Ezike called on those groups and their parents to follow the three W’s: wear a mask, wash your hands and watch your distance.

“We cannot control this situation without masking or distancing,” Ezike said, adding that anyone who is a close contact of someone who tests positive for the virus must take a “14-day timeout,” and get tested for the virus, ideally six to seven days after exposure.

“A negative test does not buy you out of that 14-day timeout,” she said. “If you have a positive test and don’t have symptoms, you still have to self-isolate” because you can still spread the virus.

Ezike also urged residents to keep track of where they’ve been and who they’ve been in contact with so they can help contact tracers in the event they are infected with COVID-19.

Both Ezike and Pritzker say the actions people take now will have an impact on how schools can operate in the fall. “Our actions today will determine what school will even look like,” Ezike said. “The gains we’ve achieved – we can’t rest on them, but we need to aggressively and fiercely protect (them), and that will involve universal masking and distancing.”

As part of his announcement about the mitigation plan, Pritzker explained the state will now be split into 11 regions instead of the four outlined in his Restore Illinois plan released in May. These new regions will be based on the Illinois Department of Public Health emergency services region. Chicago and suburban Cook County, where higher concentrations of residents have contracted the virus, will each be their own region, according to the governor.

Pritzker said officials would not stop people traveling between regions or to neighboring states, where restrictions could be looser. Officials will rely on people to follow public health guidance. “It’s a degree of personal responsibility that people are just going to have to adopt,” he said. 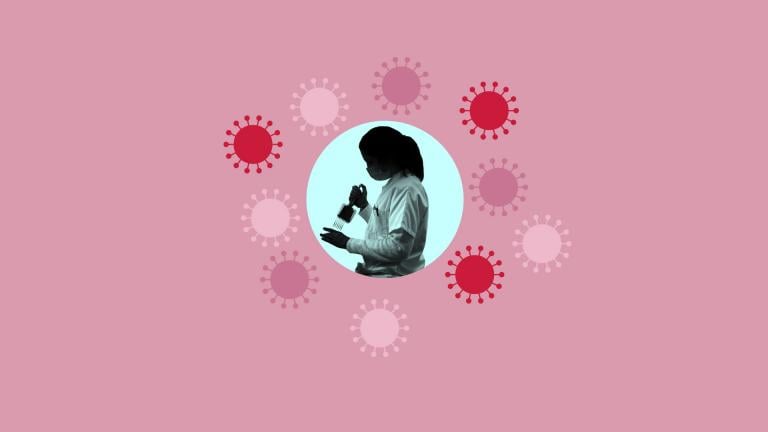 Can New Variants of the Coronavirus Keep Emerging?