Going to a Wedding or Planning One in 2020? Here’s What You Can Expect 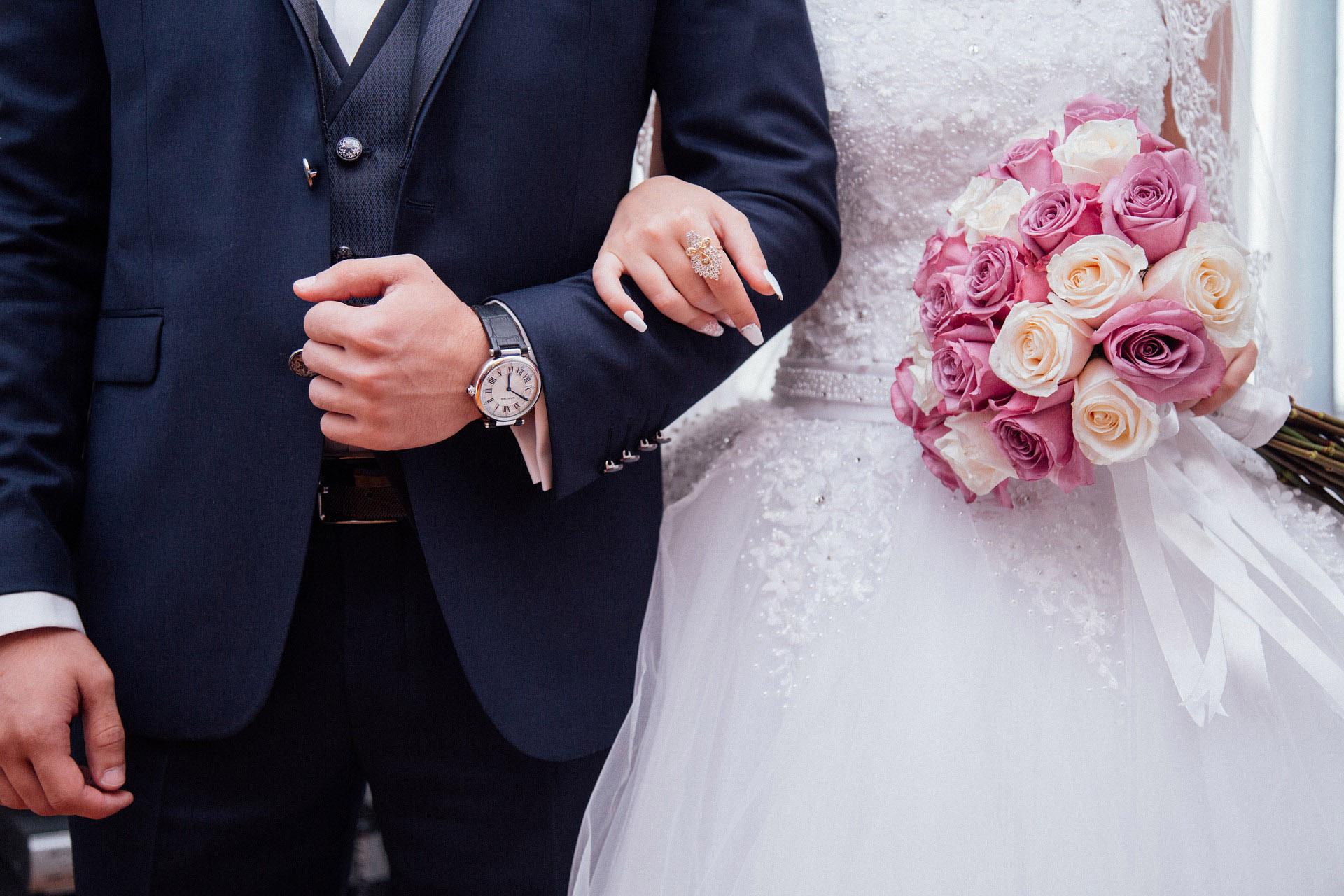 During phase four of Illinois’ reopening plan, gatherings, including weddings, are limited to up to 50 people, according to state guidelines. (StockSnap / Pixabay)

Weddings in the age of COVID-19 will look different even as Illinois enters the fourth phase of its reopening plan.

Instead, you can expect temperature checks and other screenings for COVID-19 symptoms, face coverings, ongoing cleaning and tables spaced at least 6 feet apart to allow for social distancing, as well as plated meals and plexiglass between you and the bartender.

Under phase four, gatherings — including weddings — will be limited to a maximum of 50 people or 50% of a room’s overall capacity, whichever number is smaller, according to state guidelines. Capacity limits do not include event staff, such as photographers, DJs or servers, according to a spokesperson for the Illinois Department of Commerce and Economic Opportunity.

St. Charles resident Debi Clark, whose daughter, Tracy, is now planning to get married July 24 after her wedding was postponed due to the pandemic, says the strict capacity limit of 50 people doesn’t make sense for large venues.

“It shouldn’t be a one-size-fits-all number in every situation because if you have a massive ballroom you’ll have 50 people scattered about,” she said.

The Naperville venue where her daughter’s wedding will take place this month is nearly 5,000 square feet with a 300-person capacity, according to Clark.

“We are speaking on behalf of others who are in identical situations who have a large venue space and have no intention of overfilling that space,” she said. “It would’ve been perfect if we could have 100 people we cared about.” 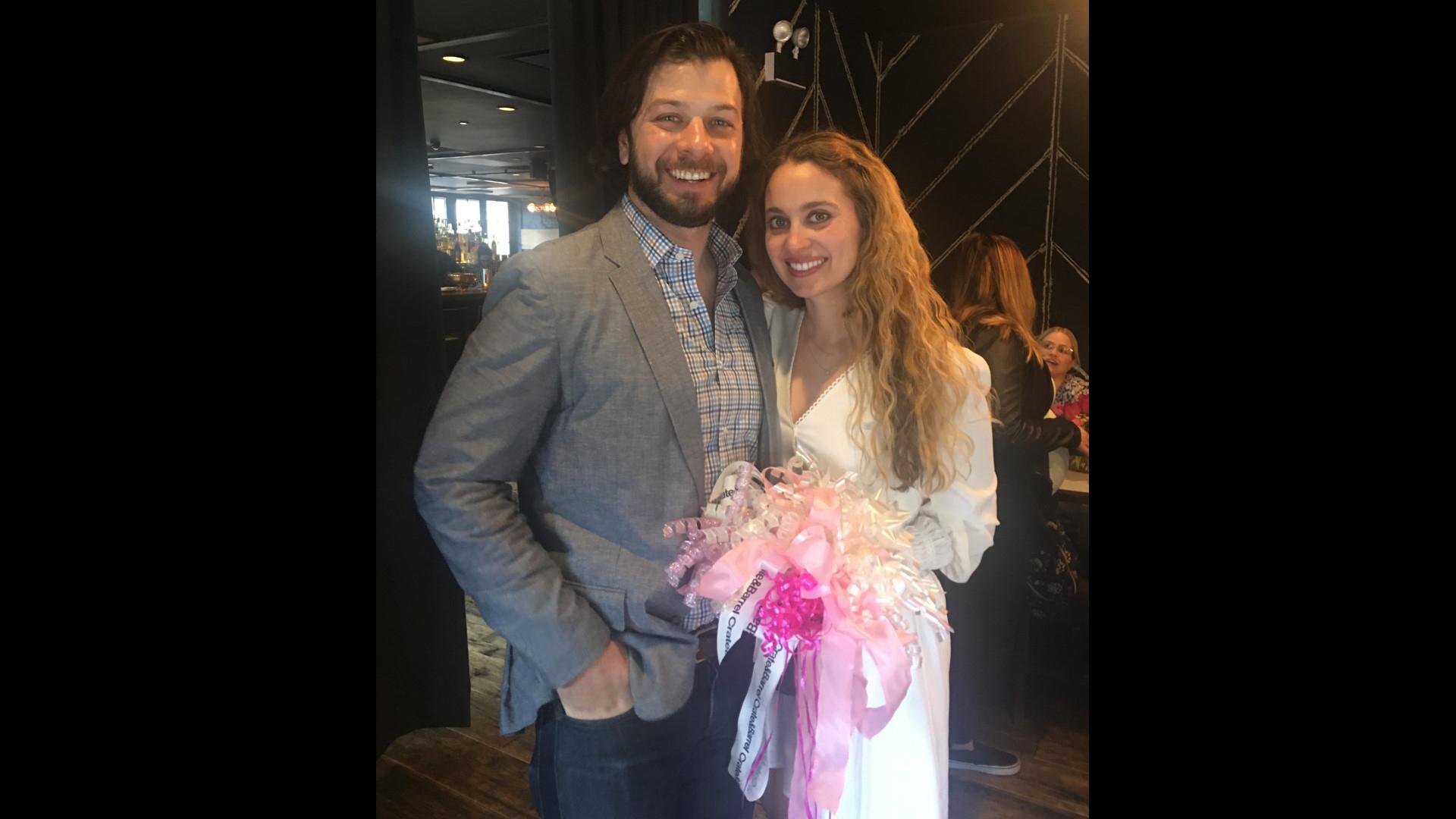 Debi Clark’s daughter, Tracy (right) plans to marry her fiancé Nick Musinski on July 24, 2020. The couple initially planned to wed on April 25, 2020 but the coronavirus pandemic led them to postpone their wedding. (Courtesy of Debi Clark)

Illinois Hotel and Lodging Association CEO and President Michael Jacobson says the industry agrees with 98% of the state’s guidelines, which it helped write.

The 2% it doesn’t agree with? The 50-person capacity limit.

“We believe that certain events, weddings included, can be held safely and responsibly if done at 50% of a room’s occupancy rather than a strict cap at 50 people,” said Jacobson. “When you look at some of the ballrooms downtown and event venues, they have thousands and thousands of square footage, and a ballroom that could seat 300 in normal days could hold a 150-person wedding with plenty of social distancing.

“We’re not advocating for McCormick Place hosting 50,000-person conventions on July 1. We can’t wait for when that day comes because it drives so much revenue for hotels in Chicago,” he said. “But while we’re waiting for that to come, these smaller events will help our hotels limp along and survive before conventions start resuming.”

But smaller events might not happen. The 50-person limit has many couples rethinking their 2020 wedding plans, according to Lynne Kennedy, founder and lead planner for Gilded Aisle Weddings.

“Personally, the majority of my clients have postponed (their weddings) to next year until the landscape for larger events is more favorable,” said Kennedy, who is also the state manager for the Illinois chapter of the Association of Bridal Consultants.

Illinois officials have said capacity restrictions will be reassessed based on the latest science and public health metrics on an ongoing basis throughout phase four, which, according to the state’s reopening plan, will last until there’s a vaccine, effective and widely available treatment, or the elimination of new cases over a sustained period.

It’s anyone’s guess when that will happen. 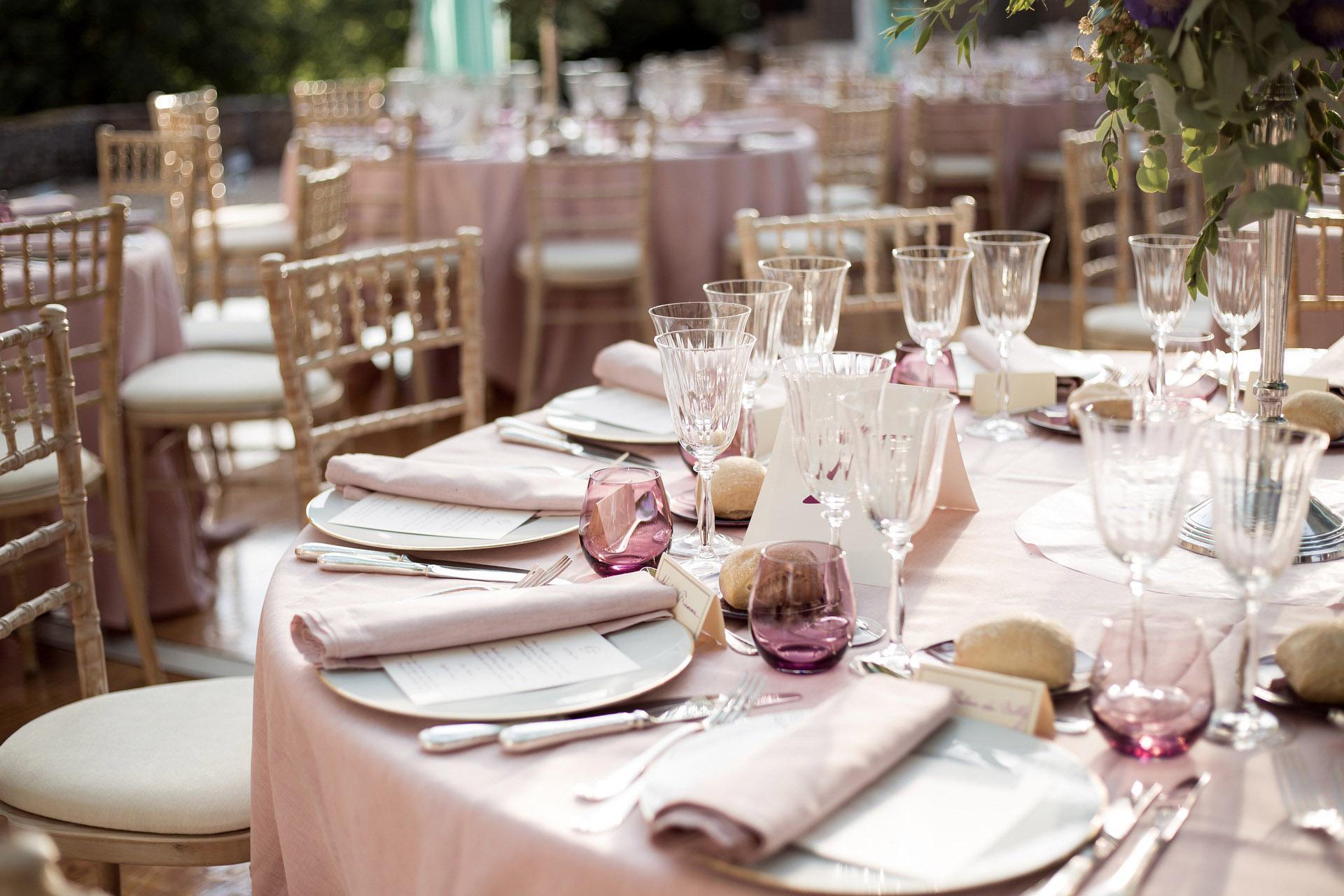 According to state guidelines, tables and furniture should be spaced 6 feet apart to allow for social distancing. (floraboss / Pixabay)

And then there’s the issue of dance floors.

Included in the recently released guidance for meetings and special events is the following statement: “Venue operators should close all dance floors.”

When asked about that guidance, Gov. J.B. Pritzker deferred to his chief public health officer. “I didn’t write the dancing rules for weddings. I mean, I’m quite a dancer,” he said last week.

Illinois Department of Public Health Director Dr. Ngozi Ezike said it would be hard to social distance on a dance floor given that most of them are quite small.

“We all want the same thing for people to be able to celebrate their wedding and other exciting milestones in their life, and I hope we’ll get there,” Ezike said. “But we’re taking things one step at a time. … We’re going to be in phase four for quite a while. Let’s get started and we’ll keep evaluating.”

Jacobson says hotel and venue operators understand the concerns around dancing. “We hope that we can get past that eventually,” he said. “I’m sure we’ll see some brides getting creative.”

And wedding planners will get creative, too. Jacobson said he’s heard of plans for putting 6-foot squares on the dance floor to keep people moving — at a safe distance from one another. “It’s not to say (dancing) couldn’t happen in giant ballrooms with so much space — if you can maintain social distance,” he said. “In a lot of situations, it’s just not possible.”

Clark, meanwhile, says she’s planning on having a 24-by-24-foot dance floor at her daughter’s wedding in the nearly 5,000-square-foot ballroom.

“Someone has to go first and break the ice and show that it can be done with a limited number of people,” said Clark, who has made custom face coverings for all 50 wedding guests. “We’re going to do everything in our power to keep everyone safe.”

Those plans should always be shared with guests, Kennedy says, especially when it comes to mask requirements and COVID-19 symptom checks.

“I’ve been advising clients who are going forward with weddings later this fall, including those in Indiana and Wisconsin where restrictions are looser, to let their guests know what to expect on their wedding website,” she said.

For those planning a wedding in Illinois during phase four, Kennedy says it’s important to be clear about the specific guidelines based on the location of your venue. In some cases, those guidelines could be more strict — but not looser — than the state guidelines, she said.

Kennedy also advises couples with 2020 wedding dates to consider getting a backup date for 2021 or beyond. But before doing so, they should check their contracts with each of their vendors to make sure they don’t incur penalties for postponing.

Anyone in the midst of planning a wedding should envision their guests wearing masks, social distancing and the possibility of closed dance floors, Kennedy said.

“If that’s not the wedding day (a couple) envisioned when they fell in love, then it’s OK to say, ‘Let’s reschedule for another time,’” she said. “But maybe they’re OK with that or the most important thing is to get married because they want to start a family or whatever the circumstance may be — that’s 100% perfect.”