Europe Restricts Visitors From the US Amid Virus Resurgence 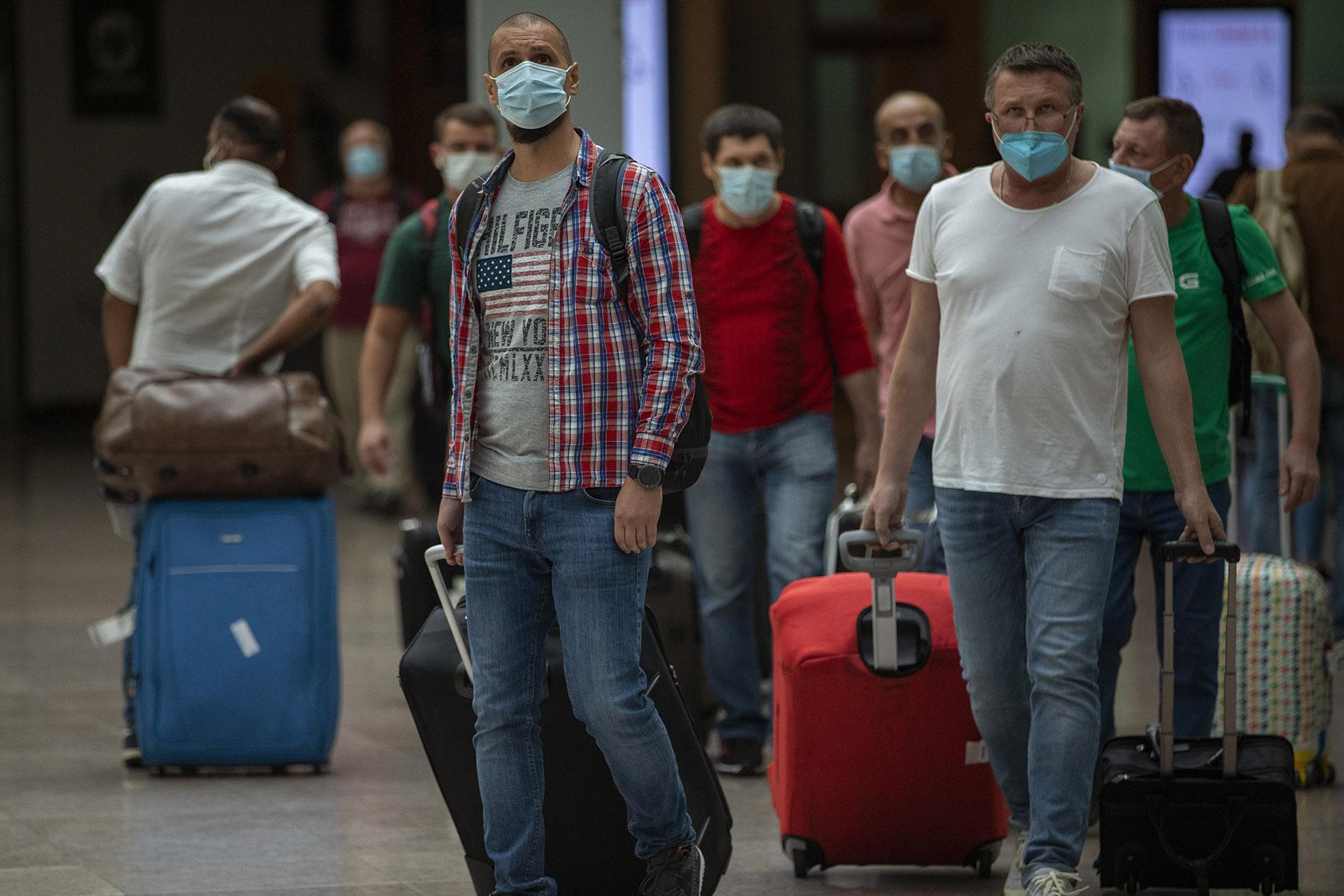 The European Continent on Tuesday decided to reopen to visitors from 14 countries but not the U.S., where some of the states that pushed hardest and earliest to reopen their economies are now in retreat because of an alarming surge in confirmed coronavirus infections.

“We have to remain vigilant and keep our most vulnerable safe,” tweeted European Council President Charles Michel.

The EU extended its ban on visitors not just from the U.S. but from China and from countries such as Russia, Brazil and India where infections are running high. Britain dropped out of the EU in January and maintains its own rules, requiring arriving travelers to go into 14-day self-quarantine.

President Donald Trump suspended the entry of most Europeans in March.

Americans make up a big share of Europe’s tourism industry, and summer is a key period. More than 15 million Americans travel to Europe each year, while some 10 million Europeans head across the Atlantic.

The news was a blow to struggling shopkeepers hoping for a summertime boom.

“Americans were 50% of my clientele,” said Paola Pellizzari, who owns a mask and jewelry shop on the Saint-Louis island in the heart of Paris and heads its business association. “We can’t substitute that clientele with another.”

The Louvre museum is scheduled to reopen July 6. Americans used to be the largest single group of foreign visitors to the home of the “Mona Lisa.”

“When I returned after lockdown, five businesses had closed,” Pellizzari said. “As days go by, and I listen to the business owners, it gets worse.”

Sharmaigne Shives, an American who lives in Paris, said she hopes her countrymen can turn things around soon.

“Paris isn’t Paris when there aren’t people who really appreciate it and marvel at everything,” she said. “I miss that. Seriously, I feel the emotion welling up. It’s so sad here.”

Across the English Channel, things are also headed in reverse in places.

Britain reimposed a lockdown in Leicester, a city of 330,000 people that officials said accounted for 10% of all new coronavirus cases in the nation last week. Stores closed their doors, and schools prepared to send children home.

“I opened my shop last week for the first time and saw an instant increase in orders, and now I worry this change will go back to no orders,” said James West, who runs a design and printing business in Thurmaston, just outside Leicester.

The coronavirus has been blamed for over a half-million deaths worldwide, including about 130,000 in the U.S., where the number of confirmed infections has rocketed over the past month to around 40,000 per day, primarily in the South and West. A large share of the cases are among young people who are going out again to bars and restaurants.

On Capitol Hill, Dr. Anthony Fauci, the nation’s top infectious-disease expert, warned: “I would not be surprised if we go up to 100,000 a day if this does not turn around, and so I am very concerned.” He cited scenes of people socializing in crowds, often without masks.

States such as Texas, Florida and California are backtracking, closing beaches and bars or rolling back restaurant restrictions in some cases.

“Our expectation is that our numbers next week will be worse,” Ducey said in Arizona, where for seven times in 10 days, the number of new cases per day has surpassed the 3,000 mark.

Also Monday, Los Angeles announced it will close beaches and ban fireworks displays over the Fourth of July. And New Jersey’s governor said he is postponing the restarting of indoor dining because people have not been wearing masks or complying with other social-distancing rules.

In Florida, Walt Disney World forged ahead with plans to reopen on July 11, despite a spike in confirmed cases in the past week.

The state on Tuesday reported more than 6,000 new confirmed cases of COVID-19. More than 8,000 new cases were recorded on each of three days late last week. Florida has seen more than 3,500 deaths.

Hospital intensive care units are starting to fill up. Miami’s Baptist Hospital had only six of its 82 ICU beds available, state officials said.

On Monday, the city of Jacksonville, where President Donald Trump is expected to accept the Republican nomination in August, required the wearing of masks. Florida Republicans said they will adopt safety precaution for the event, including their own special mask design.

“I think we can do it in a way where you can follow the social guidelines that are in place but still have a successful event,” said state Sen. Joe Gruters, Florida GOP chairman.

Van Johnson, mayor of the tourism-dependent city of Savannah, Georgia, population 145,000, announced he is requiring the wearing of masks, with violators subject to $500 fines.

Savannah becomes one of the first cities in Georgia to take such a step. Republican Gov. Brian Kemp has largely prohibited local governments from imposing rules stricter than the state’s.