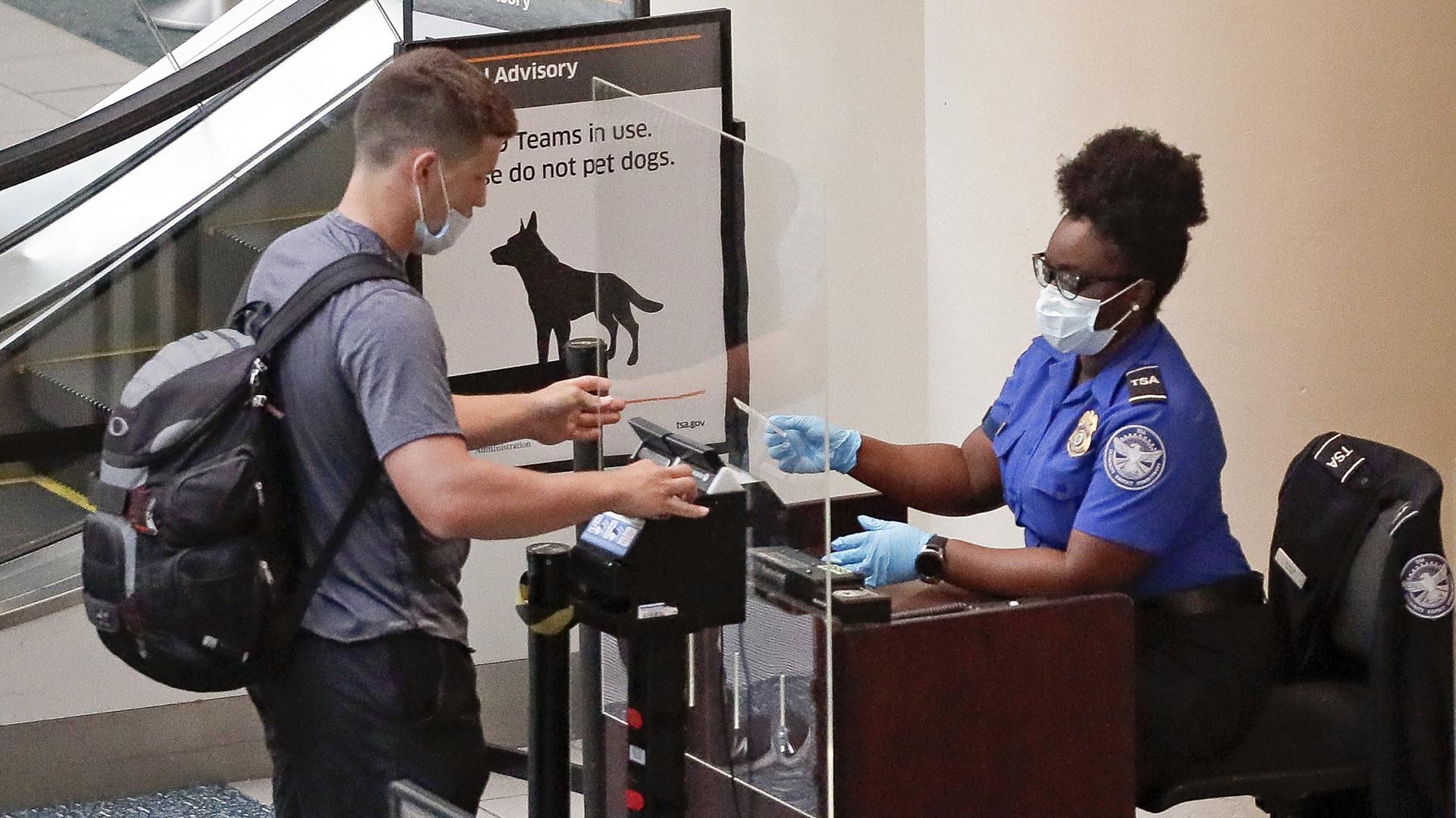 A Transportation Security Administration official is accusing the agency of failing to adequately protect airport screeners from the new coronavirus, endangering both the officers and the traveling public.

“TSA staff at airports both became a significant carrier to spread the pandemic and were themselves improperly protected from the pandemic,” Brainard’s lawyer, Tom Devine, said in a complaint filed with the Office of Special Counsel, which handles whistleblower complaints.

The special counsel has ordered TSA’s parent agency, the Homeland Security Department, to conduct an investigation.

The TSA said in a statement Friday that it has followed guidelines set by the Centers for Disease Control and Prevention in deciding protection standards for workers.

Spokeswoman Lisa Farbstein said that at the start of the virus outbreak, TSA told employees that masks were optional, then made them mandatory at airport checkpoints in the first week of May.

Airport officers are required to wear nitrile gloves when they screen passengers. They must change gloves after every pat-down, and travelers can request the use of new gloves at any time, Farbstein said. Eye protection has remained optional for screeners.

The agency added that plastic barriers have been installed at security checkpoints and areas where checked bags are dropped off for screening.

Brainard believes those procedures still have gaps, however, including no procedure for how to handle travelers who appear to be sick.

Brainard’s complaint and the special counsel’s demand for an investigation were earlier reported by the Washington Post and National Public Radio.

Air travel in the U.S. remained at normal levels until early March despite rising numbers of cases and deaths tied to the coronavirus. It then plunged by about 95% but has since recovered slightly as more states relax stay-at-home orders.

Brainard wants TSA to take corrective steps to protect health as air travel recovers. “Before it is too late, he wants to prevent TSA from furthering a threat to public health and safety again,” his lawyer said in a letter to the special counsel.

TSA says on its website that 706 of its employees have tested positive for COVID-19 and five have died, plus one screening contractor.

The special counsel will review Homeland Security’s findings and issue a report to the White House and Congress.