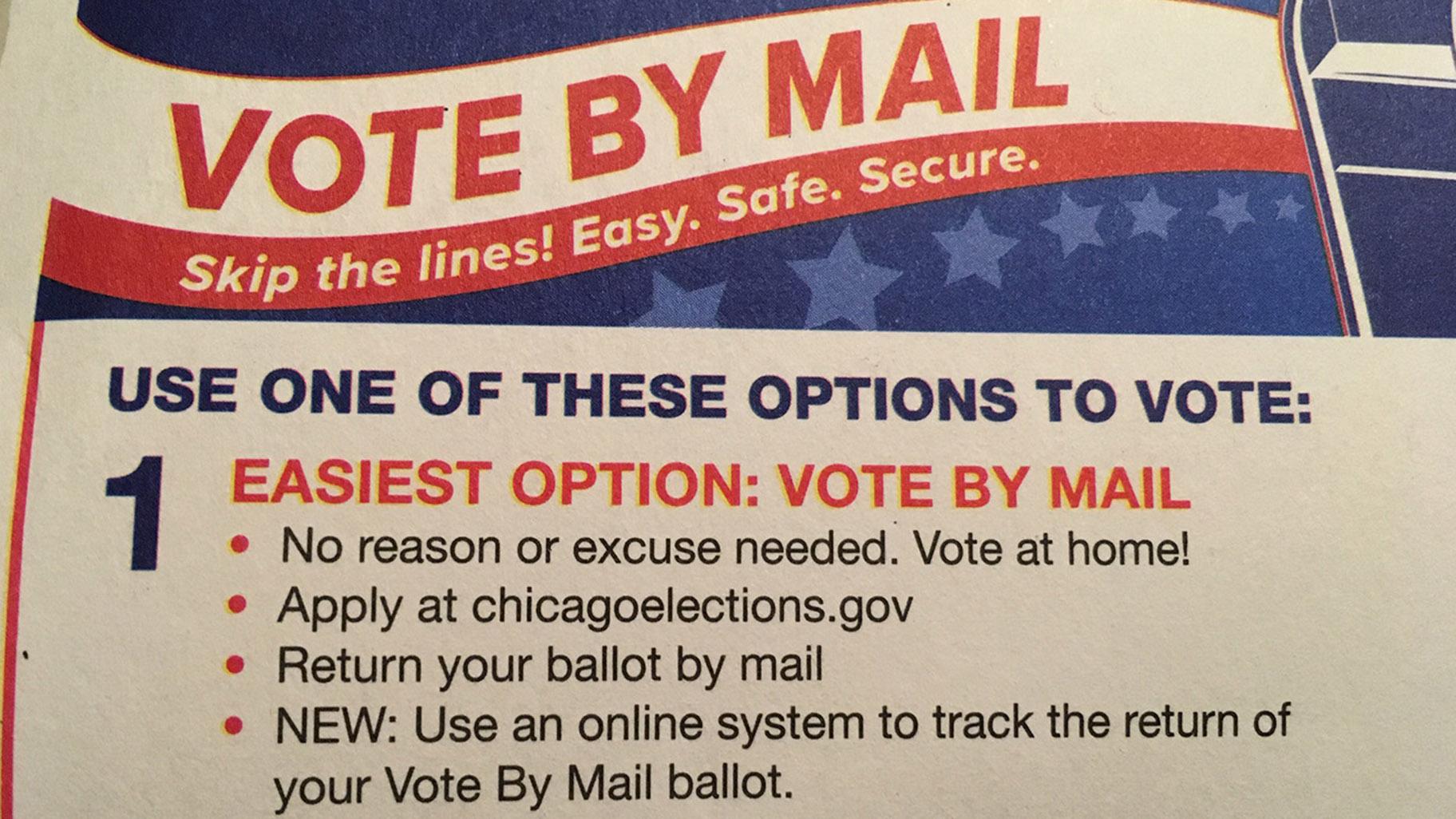 Gov. J.B. Pritzker signed a measure into law Tuesday that is designed to considerably expand the number of Illinois voters who cast their ballot in the 2020 presidential election by mail.

The bill requires election authorities to send vote-by-mail applications for the Nov. 3 general election to the 5 million voters who participated in the 2018 general election, the 2019 municipal elections or the March 2020 primary.

“Sending vote by mail applications to residents who have participated in recent elections will allow more people to exercise that right from the safety of their own homes and help reduce the spread of COVID-19 in our communities,” Pritzker said in a statement that called voting by mail perhaps “the safest method to cast a ballot in November.”

Mail ballots accounted for about a third of all votes cast statewide during the March primary, and election officials are bracing for a surge of ballots from those who want to reduce their chances of being exposed to the coronavirus while voting.

The expansion of voting by mail came over the objections of Illinois Republicans, who warned without evidence that it was likely to increase voter fraud. State Rep. Brad Stephens (R-Rosemont) was the only Republican to vote for the measure in the Illinois House.

The law requires voters who submit an application for a mail-in ballot before Oct. 1 to get their ballot no later than Oct. 6.

The measure permits 16-year-olds to serve as election judges, and makes Election Day – Nov. 3 – a holiday for schools, a move which will free up school buildings to be used as polling places on Election Day without fear of exposing students to germs.

Election Day will also be a holiday for local government employees, as it has been for state employees, under the new law.

The law also changes the standard to reject a ballot cast by mail. Instead of a single election judge verifying the signatures of voters and the validity of the ballot, a bipartisan panel of three election judges will make that call.

The measure also expands early voting hours to require polls to be open from 8:30 a.m. to 7 p.m. on weekdays and from 9 a.m. to 5 p.m. on the weekends and holidays while allowing curbside voting, in which voters can fill out the ballot outside of the polling place.

Local election authorities can also set aside additional early voting hours for voters at greatest risk of contracting the coronavirus and must establish a central voting site where anyone who lives in the jurisdiction can vote, according to the new law.

Members of the Illinois State Board of Elections agreed Tuesday on how to send $13.9 million in federal aid to cities and counties to help them hold the 2020 presidential election.

The plan, approved unanimously, calls for each city or county to get a minimum grant ranging from $10,000 for the smallest jurisdictions to $50,000 for the largest, with the rest of the funds from the Coronavirus Aid, Relief, and Economic Security Act distributed based on population counts in the 2010 Census.

The state budget for 2021 also includes $6 million that the Election Board can send to local election authorities to cover the cost of postage related to the 2020 general election.

The board agreed to clarify the rules for the 2020 election to ensure that local election authorities don’t have to send a vote-by-mail application to voters who have already requested a mail-in ballot.

The board also agreed to allow voters to submit an application for a mail-in ballot without a signature that otherwise met all of the rules laid out by the state’s election code.

Both of those changes have to be approved by the Joint Committee on Administrative Rules, a bipartisan legislative oversight committee created by the General Assembly.

The board also agreed to create an amnesty program for campaign committees that failed to meet the April 15 deadline to file their quarterly finance report because of the pandemic.

Nearly 400 committees missed the deadline, incurring fines. About half of those campaign committees have filed in recent weeks, officials said.

Campaign committees have until June 30 to file and avoid fines, according to the unanimous decision by the board.