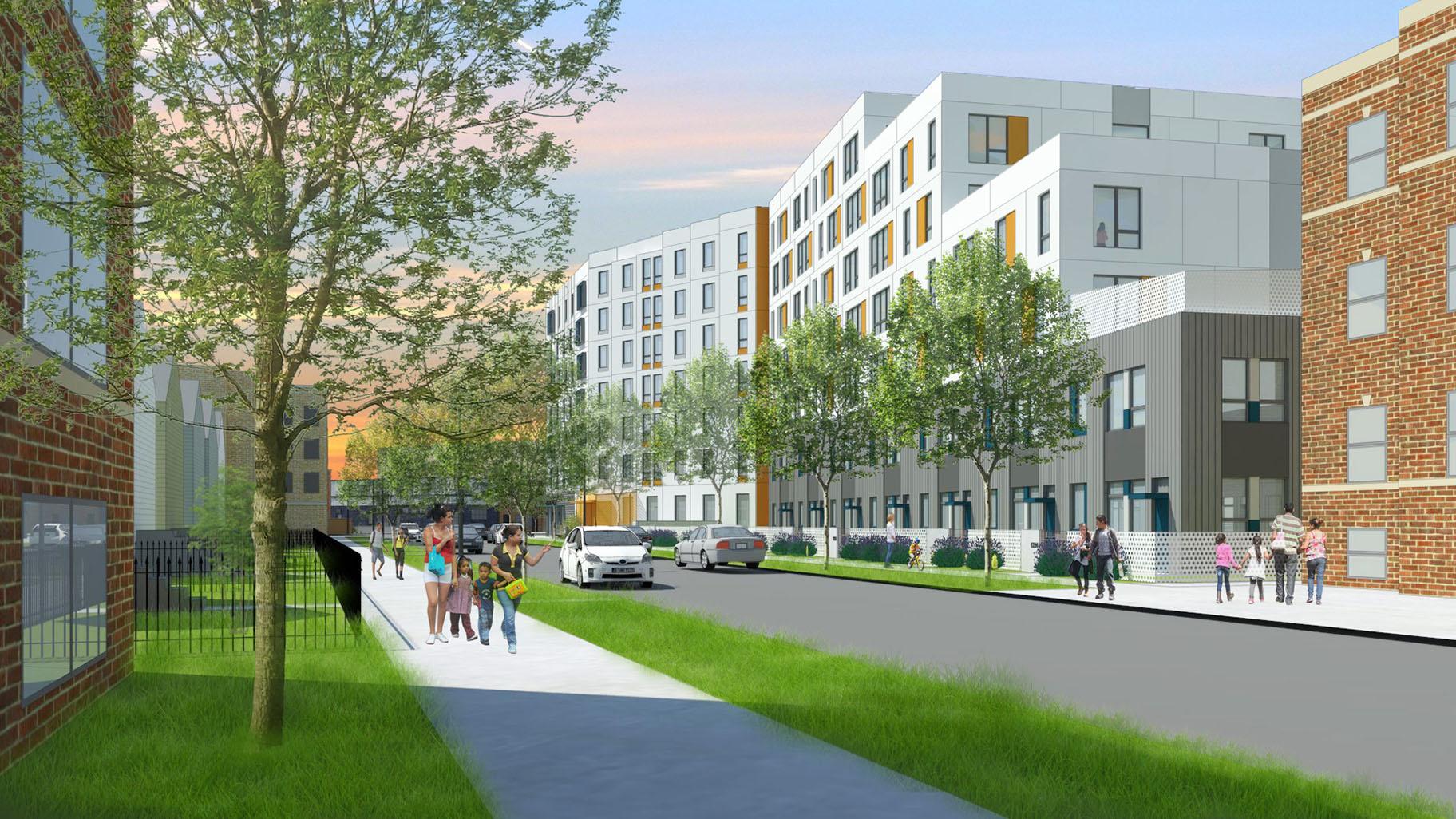 A proposal to build a 100-unit affordable apartment complex in Logan Square is one step away from final approval after years on the drawing board.

Bickerdike Redevelopment Corporation plans to begin construction this year on a seven-story, all-affordable complex at 2602-38 N. Emmett St., which is now a city-owned parking lot next to the Logan Square station on the CTA Blue Line.

The City Council’s Finance Committee unanimously approved a plan to borrow $24 million for the project as well as a $10.1 million subsidy from a Tax Increment Financing (TIF) District.

Ald. Carlos Ramirez-Rosa (35th Ward) said the project would allow struggling Logan Square residents to continue to live in the rapidly gentrifying area. Ramirez-Rosa began working on the project soon after he was elected to the City Council in 2015. It was started by his predecessor, former Ald. Rey Colon (35th Ward).

The City Council approved a zoning change for the project in November.

The $40.1 million development is also set to get approximately $13 million in financing from the Chicago Housing Authority.

About half the units in the building would be earmarked for Chicago Housing Authority voucher holders, and the other half would be targeted to people making less than 60% of the area’s median income.

Critics, who have sued to block the proposal, contend the project is too tall, and will snarl traffic and make parking impossible in an already gridlocked part of the Northwest Side.

The full City Council is expected to consider the proposal Wednesday.

In addition, the Finance Committee endorsed recommendations from city lawyers to settle three lawsuits, including one that will pay $2.25 million to Ricardo Hayes, a developmentally disabled man who was shot by a Chicago Police sergeant in 2017.

The shooting was ruled unjustified by the Civilian Office of Police Accountability.

Aldermen also agreed to pay $750,000 to Artis Aquino, whose SUV was rear-ended by a garbage truck. Aquino, who was severely injured, was forced to leave the U.S. Marine Corps.

In addition, the committee voted 17-10 to pay $300,000 to settle a lawsuit brought by Pierre Green, who spent four years in jail after being arrested by police officers who pulled the car he was driving over by mistake.

Although Green was driving a stolen car and had a gun, even though he was prohibited from owning one because of his criminal record, the charges against him were dropped after a judge found that the stop was illegal because officers misheard a license plate read out by a dispatcher.

All three settlements will head to the full City Council Wednesday.