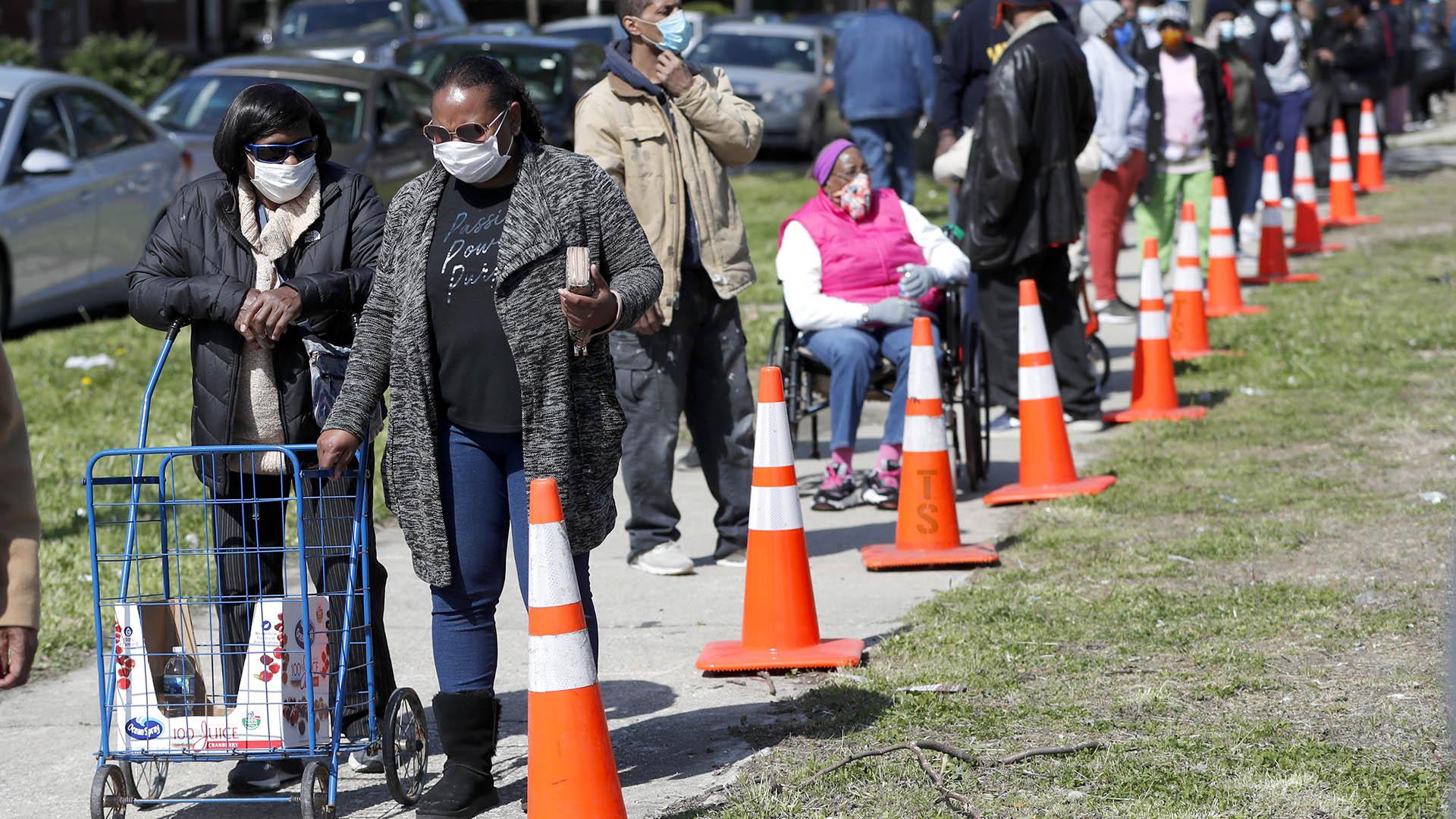 In this Tuesday, May 12, 2020, photo, residents from all walks of life line up for a food giveaway sponsored by the Greater Chicago Food Depository in the Auburn Gresham neighborhood of Chicago. (AP Photo / Charles Rex Arbogast)

OAK PARK, Ill. (AP) — Kate Maehr has never seen anything like it: lines stretching for blocks as people, many with children, inch forward to get boxes of food they hope will last until the next giveaway, until the next paycheck or until they can get government food assistance.

“It’s just heartbreaking,” said Maehr, executive director of the Greater Chicago Food Depository. “They’re finding themselves in a set of circumstances where they have no income and they also have no food, and it happened in an instant.”

The number of people seeking help from her organization and affiliated food pantries has surged 60% since the start of the coronavirus pandemic, which has shut down the nation’s economy and thrown tens of millions of people out of work. Across the country, worries about having enough to eat are adding to the anxiety of millions of people, according to a survey that found 37% of unemployed Americans ran out of food in the past month and 46% said they worried about running out.

Even those who are working often struggle. Two in 10 working adults said that in the past 30 days, they ran out of food before they could earn enough money to buy more. One-quarter worried that would happen.

Those results come from the second wave of the COVID Impact Survey, conducted by NORC at the University of Chicago for the Data Foundation. The survey aims to provide an ongoing assessment of the nation’s mental, physical and financial health during the pandemic.

There is no parallel in U.S. history for the suddenness or severity of the economic collapse, which has cost more than 36 million jobs since the virus struck. The nationwide unemployment rate was 14.7% in April, the highest since the Great Depression. While many Americans believe they will be working in the coming months, unemployed Americans — those most likely to report running out of food — aren’t as optimistic.

Overall, those who are still working are highly confident they will have a job in one month and in three months, with more than 8 in 10 saying it’s very likely. But among those who aren’t working because they are temporarily laid off, providing care during the pandemic or looking for work, just 28% say it is highly likely that they will be employed in 30 days and 46% say it’s highly likely they’ll be working in three months. Roughly another quarter say it’s somewhat likely in 30 days and 90 days.

The likelihood of unemployed people returning to work depends heavily on whether states can restart their economies without creating new surges in COVID-19 infections, said Gabriel Ehrlich, an economic forecaster at the University of Michigan. He said most layoffs are expected to be temporary. But he worries that many small businesses will fail while fewer new ones take their place, and that state and local governments won’t get federal help to avoid furloughs.

“The most important thing driving what happens to the economy is the course of disease. Do people feel safe? Are they safe?” Ehrlich said. “We’re hoping we’ve seen the worst.”

Kim Scanland, from the Detroit suburb of Lincoln Park, said she and her husband are managing to get by on unemployment benefits for now.

Scanland, 49, was laid off in mid-March from her job testing students’ hearing and vision in Wayne County and isn’t sure if or when she will go back. Her husband, 50, lost his job at a steel plant when it closed for good last month. That could make it challenging for him to find work, she said, “because there’s a lot of people that are gonna be looking for jobs.”

Their church has asked if the family needs help with food, “but we don’t want to take it away from others,” said Scanland. “We know how to pinch pennies when we have to.”

Cassandra Humphrey of Chicago said she began going to food giveaways to help feed her family after recently quitting a job at a drug store because she didn’t feel management was taking precautions against the virus. She feared contracting it and spreading it to others.

“No masks and people were coming to work sick,” said Humphrey, as she drove through a food distribution site Thursday on the city’s West Side. “My mother is 80 and I just wanted to make sure she was safe.”

Perhaps most troubling about the current crisis is the higher need among people of color and the surge in children going hungry, said Stacy Dean, vice president for food assistance policy at the left-leaning Center on Budget and Policy Priorities.

Some 40% of Americans in households earning less than $50,000 annually said they were at least sometimes worried about running out of food and 33% said that happened often or sometimes in the past 30 days. Americans in households with children were especially likely to report running out of food (31%) and feeling worried about that happening (36%).

“The inequities and inequalities that were preexisting have just been made worse by this whole experience,” Dean said. “It’s deeply, deeply troubling that so many ... are in absolute crisis.”

The survey of 2,238 adults was conducted May 4-10 using a sample drawn from NORC’s probability-based AmeriSpeak Panel, which is designed to be representative of the U.S. population. The margin of sampling error for all respondents is plus or minus 2.9 percentage points. 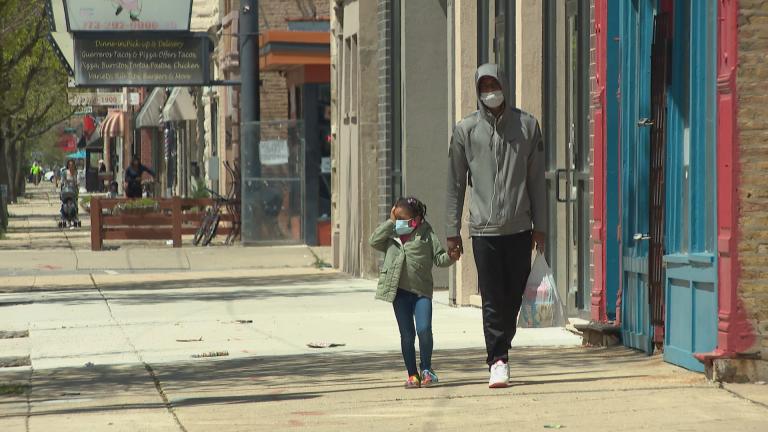