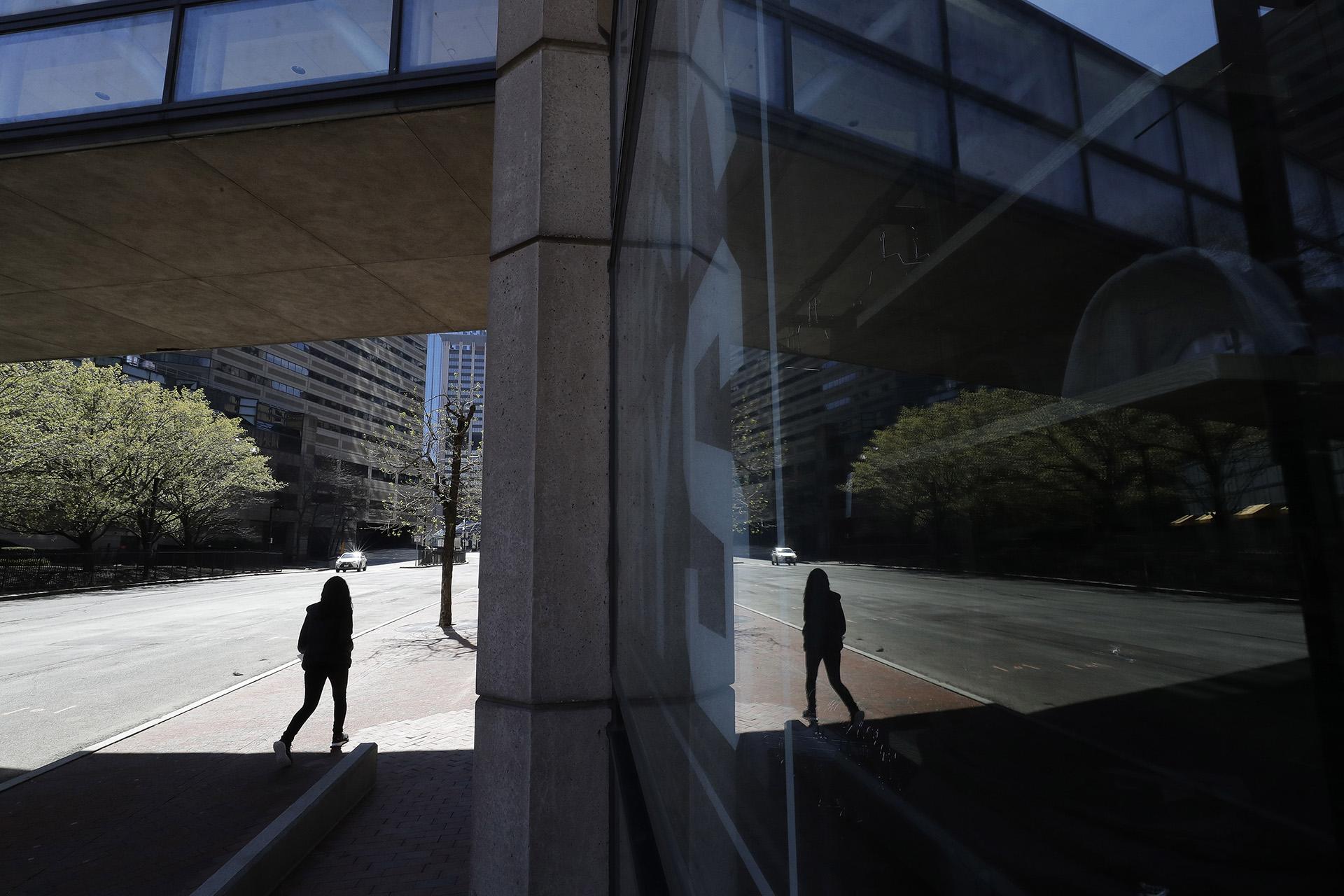 A person walks along a nearly empty street Wednesday, April 29, 2020, in Boston. Job cuts have escalated across the U.S. economy in recent days that remains all but shut down due measures taken to halt the spread of the virus. (AP Photo / Steven Senne)

NEW YORK (AP) — The number of Americans filing for unemployment benefits because of the coronavirus has soared past 30 million, worsening a crisis unmatched since the 1930s and turning up the pressure on political leaders to lift restrictions that are choking the economy.

Government figures released Thursday showed that 3.8 million laid-off workers applied for jobless benefits last week, raising the total to about 30.3 million in the six weeks since the outbreak took hold and forced the shutdown of factories and other businesses from coast to coast.

The layoffs amount to 1 in 6 American workers and encompass more people than the entire population of Texas, or more people than live in the New York and Chicago metropolitan areas combined.

There was also bleak new data in Europe, where over 130,000 people with the virus have died so far.

Figures from the 19 countries that use the euro showed that the European economy shrank a record 3.8% in the first quarter as lockdowns turned cities into ghost towns and plunged nations into recession. The drop was the biggest since eurozone statistics began in 1995.

France’s economy shrank an eye-popping 5.8%, the biggest quarterly drop since 1949. In Spain, the contraction was 5.2%. Germany is projecting that its economy, the eurozone’s biggest, will shrink 6.3% this year.

At the same time, big job-protection programs are temporarily keeping millions of Europeans on payrolls, sparing them the record-setting flood of layoffs that is battering the U.S.

In the United States, economists have forecast that the unemployment rate for April could go as high as 20% — a figure not seen since the Depression, when the rate peaked at 25%.

This week, the government estimated that the economy shrank at a 4.8% annual rate in the first three months of the year, the sharpest quarterly drop since the 2008 financial crisis. But that barely captures the enormity of the downturn, because the lockdowns were not imposed until late March.

The current quarter is expected to be much worse, with a staggering 40% drop projected.

The virus has killed more than 220,000 people worldwide, including 61,000 in the U.S., according to a tally by Johns Hopkins University. Confirmed infections globally topped 3.2 million, including 1 million in the U.S., but the true numbers are believed to be much higher because of limited testing, differences in counting the dead and concealment by some governments.

With signs that the outbreak has plateaued in places around the U.S., many governors have taken tentative steps to begin reopening their economies. But surveys show that a large majority of Americans remain wary of returning to shopping, traveling and other normal economic activity.

No continent is being spared. The Africa Centers for Disease Control and Prevention reported a 37% surge in cases in the past week — to more than 36,000 confirmed infections and over 1,500 deaths.

In Latin America, Brazil’s virtually uncontrolled surge of infections is igniting fears that construction workers, truck drivers and tourists will spread COVID-19 to neighboring countries that are doing a far better job of controlling the virus.

The pain of coronavirus lockdowns has heightened pressure on governments to ease them. The World Health Organization said nearly half of the 44 countries in Europe that restricted people’s movements have started easing them and 11 more will do so soon.

As economies splutter back to life and workers adapt to the strangeness of new barriers designed to keep them apart, governments are watching infection rates, wary of a second wave.

An experimental drug that proved effective against the coronavirus in a government study raised hopes for faster progress in battling the epidemic and restoring wrecked economies and livelihoods. The drug, remdesivir, is made by California’s Gilead Sciences.

The U.S. government and others are working to make the antiviral medication available to patients as quickly as possible. News of the medical advance lifted world markets.

Dr. Anthony Fauci, the U.S. government’s top infectious-diseases expert, told NBC’s "Today" show that he spoke with the chief of the Food and Drug Administration and expects approval for the emergency use of remdesivir to happen "really quickly."

While a vaccine is perhaps a year or more away, experts say an effective treatment could have a profound effect on the outbreak.

But many economists are skeptical that the U.S. economy will bounce back quickly, noting that the virus could flare up again or consumers might be too worried to return to business as usual.