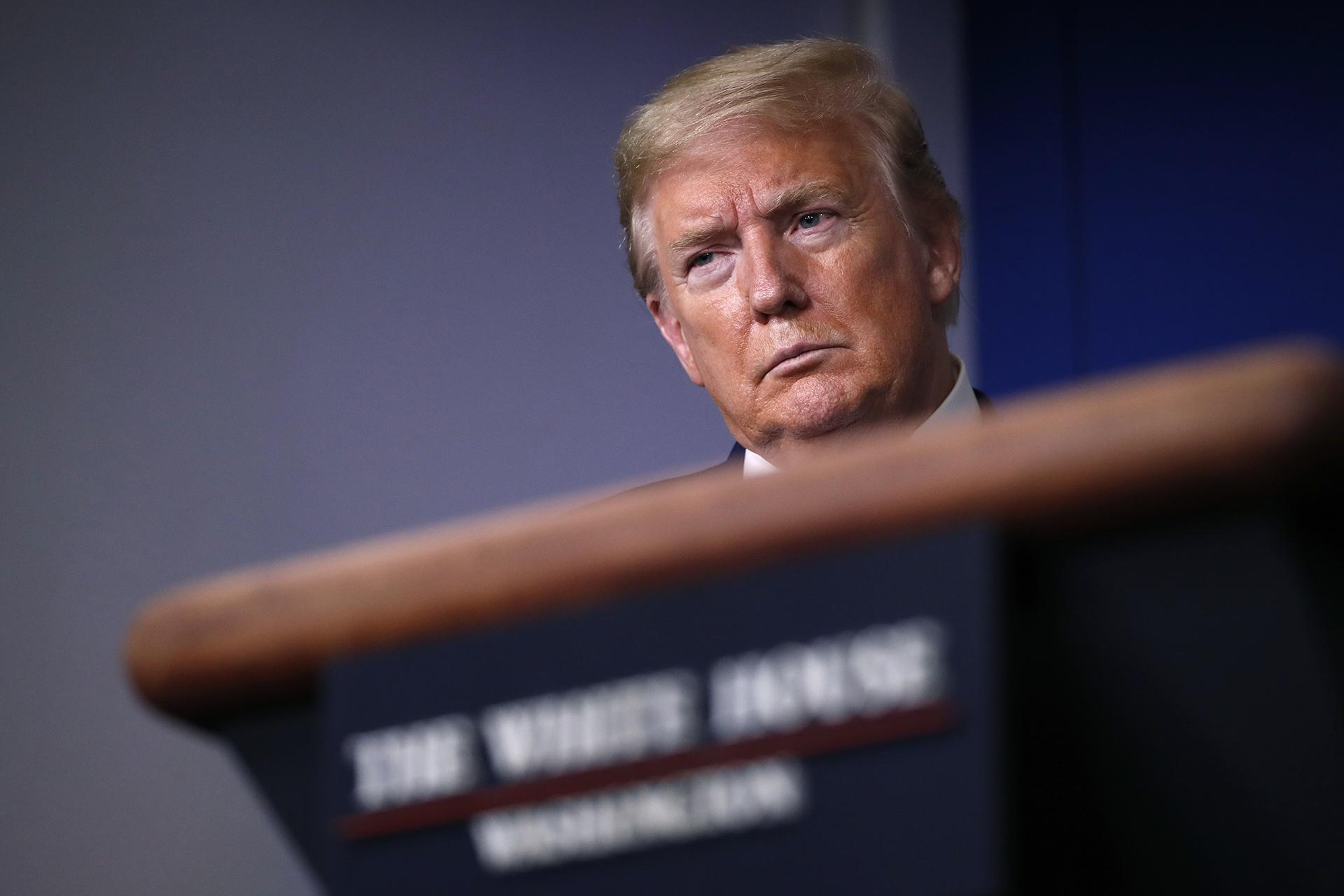 In this April 22, 2020, file photo, President Donald Trump listens during a briefing about the coronavirus in the James Brady Press Briefing Room of the White House, in Washington. (AP Photo / Alex Brandon, File)

WASHINGTON (AP) — The Trump administration is reviewing proposed new guidelines for how restaurants, schools, churches and businesses can safely reopen as states look to gradually lift their coronavirus restrictions.

The draft guidance from the Centers for Disease Control and Prevention has been sent to Washington but still could be revised before being released to the public. The recommendations were obtained from a federal official who was not authorized to release them publicly.

The guidelines include suggestions such as closing break rooms at offices, using disposable menus in restaurants and having students eat lunch in their classrooms.

White House officials previously released a three-phase reopening plan for the nation that mentioned schools and other organizations that come back online at different points. But it hadn’t previously offered more specific how-to guidelines for each kind of entity with specific steps they can take.

The new guidance still amounts to little more than advice. State and local officials will be the ones to adopt and enforce them. Some state and local governments have already put rules in place for businesses that are operating. For example, Michigan requires businesses to limit how many customers can be in a store at one time.

New York Gov. Andrew Cuomo on Sunday said that each business that wants to reopen will have to submit a plan to the state on how to do that.

“Federal guidance provides cover to the states for those regulations if they’re challenged in the courts,” she said. “It allows the state to say ‘well the CDC said to do it this way,’ and the judge then is very happy to say ‘well yes you consulted CDC and that’s the appropriate body,’ and then uphold the restrictions and say they’re appropriately evidence based.”

Some examples from the guidance:

—In the initial reopening phases, schools should space desks six feet apart, nix any field trips and school assemblies, and have students eat lunch in their classrooms instead of the cafeteria.

—Churches should hold services through video streaming or at drive-in or outdoor venues as much as possible. They should also encourage everyone to wear cloth face masks, use a stationary collection box, and schedule extra services if necessary to make sure church pews are not packed and congregants stay at least six feet from each other.

—Restaurants should consider using throwaway menus, single-service condiments, and disposable forks, knives, spoons, and dishes. They should install sneeze guards at cash registers, limit the number of employees on a shift, and avoid having buffets, salad bars, and drink stations.

Various trade groups have also started coming out with recommendations. For example, the National Restaurant Association last week put out guidance to restaurants considering reopening. The association based its guidance on recommendations from the U.S. Food and Drug Administration. But its suggestions don’t necessarily match the draft CDC proposals.

The association said restaurants should clean and sanitize reusable menus, while the CDC suggests using disposable menus. And the CDC recommends that employees use cloth masks when interacting with customers, but the association doesn’t. But some guidance is similar. The association and the CDC both recommend seating dining parties at least six feet apart.