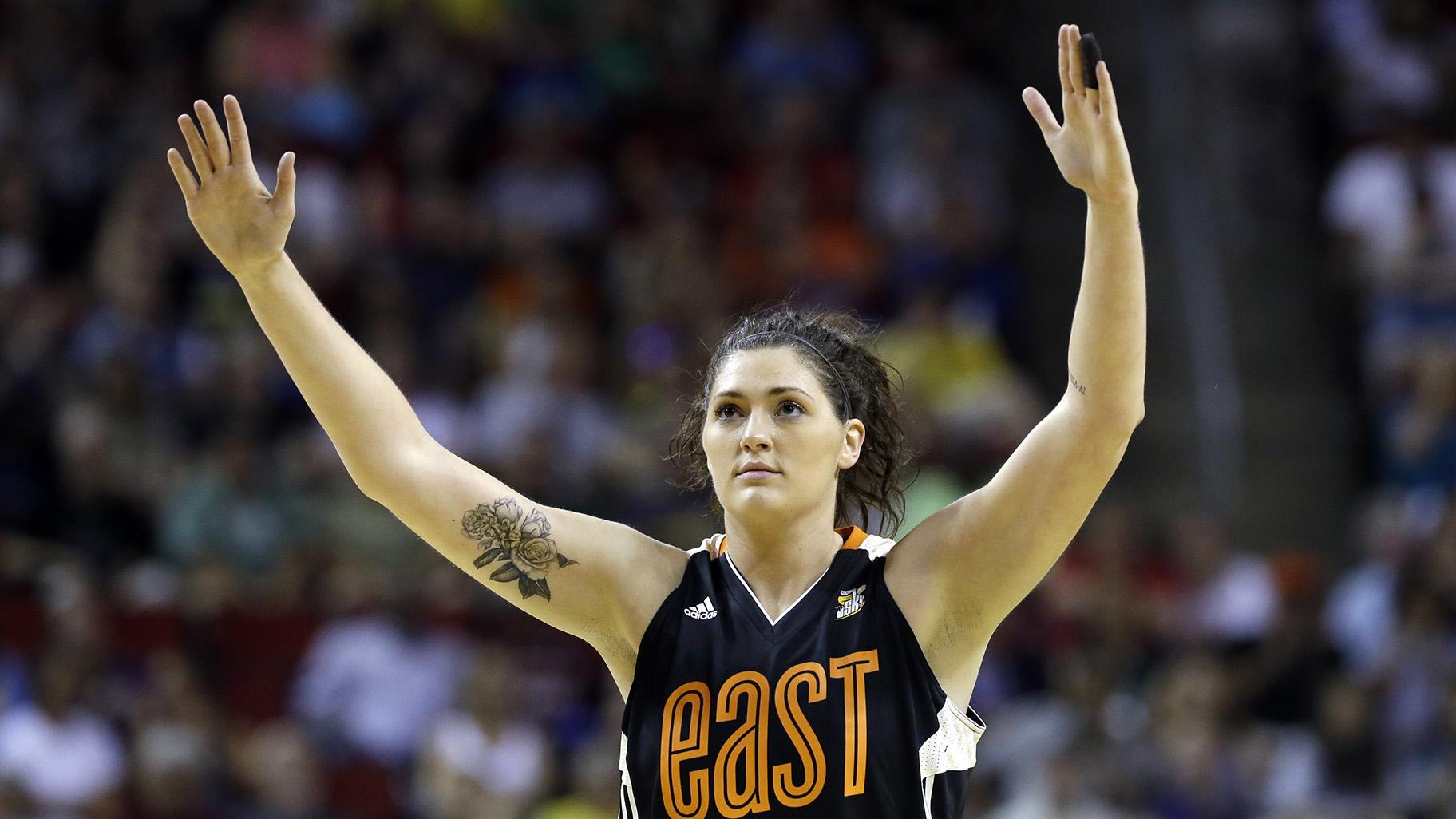 In this July 22, 2017 file photo, Chicago Sky’s Stefanie Dolson raises her hands in the second half of the WNBA All-Star basketball game in Seattle.(AP Photo / Elaine Thompson, File)

Dolson said in a video that aired Friday night during ESPN’s broadcast of the WNBA draft that she and her “whole family” tested positive about a month ago, the Chicago Tribune reported.

“This virus has hit pretty close to home," said Dolson, who, along with Los Angeles Sparks guard Sydney Wiese, is one of two WNBA players known to have contracted the virus. “My mom, she ended up being admitted into the hospital for about four days. She had severe symptoms, pneumonia. But because of the team of healthcare workers that was there, she’s home safe now and healthy.”

Dolson, who is living in New York, did not share any details about her own condition and could not be reached for comment by the Tribune. However, the team's principal owner, Michael Alter, told the paper that Dolson's symptoms “never got really bad.”

Alter said that team officials consulted with doctors with the University of Chicago Medicine, which is the team's official healthcare provider and a major sponsor. Sky coach James Wade said the WNBA has conferred with Dolson on her treatment options.