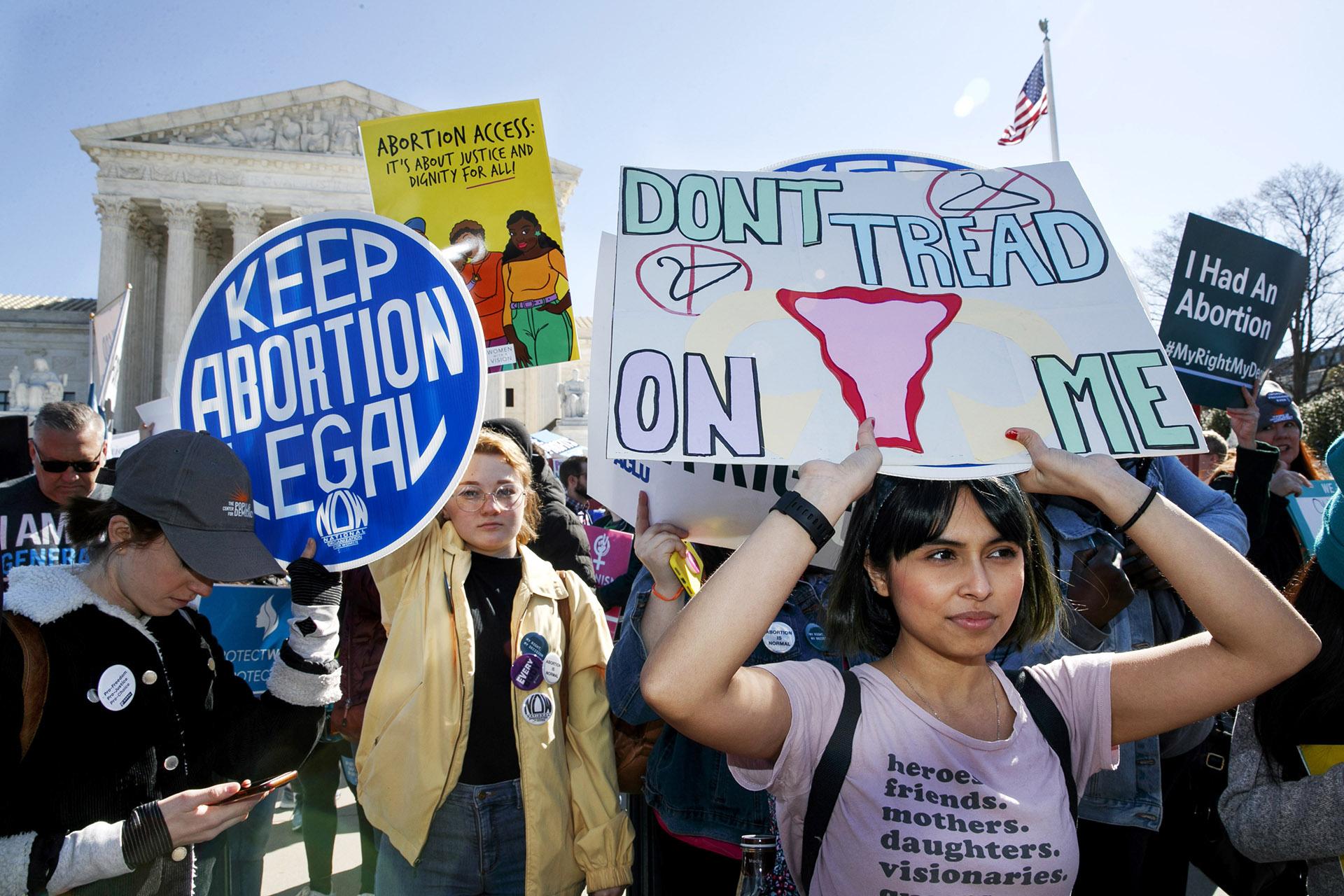 NEW YORK (AP) — The coronavirus outbreak has fueled attempts to ban abortions in some states, but providers where the procedure remains available report increased demand, often from women distraught over economic stress and health concerns linked to the pandemic.

“The calls we’ve been getting are frantic,” said Julie Burkhart, who manages clinics in Wichita, Kansas, and Oklahoma City. “We’ve seen more women coming sooner than they would have because they’re scared they won’t be able to access the services later.”

Some clinics are seeing patients who traveled hundreds of miles from states such as Texas, which has banned abortions during much of the pandemic on grounds they are nonessential.

Dr. Allison Cowett of Family Planning Associates in Chicago said one recent patient was a teen who drove from Texas with her mother. In Atlanta, Dr. Marissa Lapedis said her clinic accommodated a woman who received her initial abortion consultation in Texas but flew to Georgia when the Texas ban postponed a second visit to receive the abortion pill.

An influx of women from Texas contributed to the upsurge of abortions at Burkhart’s clinic in Wichita. She said it performed 252 abortions in March, up from 90 in March 2019.

Dr. Jen Villavicencio, an abortion provider in Michigan, predicts that demand for abortions will continue to increase during the pandemic.

“I hear it in my patient’s voices and questions daily,” she said via email. “They’re worried about how they will make their rent, feed their family, access a ventilator if the need arises.”

In New York City, the epicenter of the outbreak in the U.S., Planned Parenthood has modified medication abortion procedures to minimize travel and potential COVID-19 exposure for patients and staff.

Dr. Meera Shah is chief medical officer of Planned Parenthood Hudson Peconic, which serves New York’s northern suburbs. She says her staff is expanding telemedicine as they see an uptick in patients seeking abortions, often convinced that “having a child right now isn’t best for them.”

“We provided a medication abortion to an EMT while she was sitting in her ambulance,” Shah said. “We provided abortion care to a mother who was at home with her children running around behind her.”

Dr. Anne Davis, an OB-GYN at Columbia University Medical Center in New York, said all services at her hospital are under stress and COVID-19 patients are numerous. In most cases, her team refers women seeking abortions to non-hospital clinics.

She cited one patient who had wanted to be pregnant but requested an abortion when it became clear her medical condition would require multiple hospital visits. Davis said the woman had received comparable treatment during her first pregnancy but decided this time that the hospital wouldn’t be as safe.

One of the biggest challenges in counseling pregnant women, is uncertainty, Davis said.

“We don’t know enough about this to say it’s going to be fine — your pregnancy will proceed in usual fashion and there will be no impact from COVID-19,” she said. “They want us to say it will be all right. We have to say, ‘We don’t know.’“

At Hope Clinic for Women in Granite City, Illinois, close to Saint Louis, deputy director Alison Dreith says women are now less likely to change their minds once they schedule an abortion. Normally, 50% go through with it; amid the pandemic, the rate is 85%.

Hope Clinic staff member Hannah Dismer said one couple decided to terminate a pregnancy they had planned. The wife worried that giving birth at a hospital might expose her to the coronavirus and create risk for the child they have.

“It hit me really hard that she and her husband had to make that difficult decision,” Dismer said.

Another concern is that abortion bans will force some women into continuing with high-risk pregnancies.

“Without services, very sick babies will be born and families forced to watch them suffer who would, in other times, have made a different decision,” said Dr. Maryl Sackeim, a Chicago-based OB-GYN.

The push for new bans has added urgency to a campaign providing information about relatively safe options for do-it-yourself abortions.

Already, many abortions are induced at home with a two-drug combination, under the guidance of a health professional. Advocacy groups say home abortions using one of the drugs — misoprostol — can be done without professional oversight.

Attorney Jill E. Adams, executive director of If/When/How, supports that option and urges prosecutors not to target women who use this method.

“More people will need abortions during this pandemic,” she said. “Targeting people who end their pregnancies at home is wrong as a matter of law and dangerous as a matter of public health.”

Amid debate about whether abortion is an essential service, anti-abortion protesters have mobilized outside numerous clinics — in some cases triggering confrontations with police over whether they’re violating social-distancing rules. In North Carolina, eight of about 50 protesters were arrested April 4 after refusing to disperse outside a clinic in Charlotte.

Even as many businesses close temporarily, anti-abortion pregnancy centers remain open. Virginia-based Care Net, which oversees about 1,100 centers, evoked the pandemic in a fundraising appeal, noting that unplanned pregnancies may rise during isolation and “our centers need to find creative ways to serve these parents and empower them to choose life.”